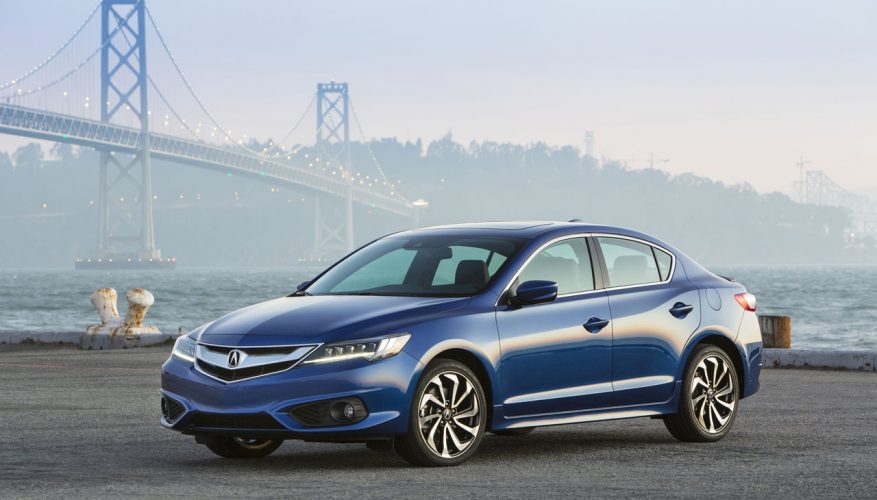 By: Trevor Hofmann
Amidst preparations for its upcoming birthday party in March of next year, Acura’s Canadian division has something else to celebrate. Yesterday on September 27th, its 500,000th vehicle was sold in Canada.

Fittingly this milestone Acura was its bestselling 2017 RDX, delivered to Baharak Ayenesima in Toronto, who also received a commemorative gift.

“We’re extremely proud of what we’ve accomplished since our early days and selling half-a-million Acuras to Canadians is testament to our luxury products and continued growth,” said Gary Gill, Senior Manager of Acura Sales and Marketing. “As we close-in on 30 years in Canada, we have 51 dealers across the country and an unparalleled line-up including the new NSX super car, the restyled MDX, the first in Acura’s lineup to sport the new Precision Concept design direction and the award-winning RDX luxury SUV.”

Acura, a division of Honda, became the first Japanese luxury automotive brand in 1986 when it entered the U.S. market, arriving on the scene three years before its direct rivals Lexus and Infiniti. A year later Acura went international by expanding into Canada, while it took until 1991 to enter the Hong Kong market, with Mexico following much later in 2004, the expansion continuing into China in 2006, Russia in 2014, and Kuwait in 2015. Ironically the Acura is still not available in its technical home market of Japan, although some of its models are sold there with Honda badges.

Acura’s initial 1986 models included the compact three- and five-door Integra and the mid-size Legend luxury sedan, followed quickly by the Legend Coupe in 1987. Due to worthy products and an industry-leading retail and service experience, Acura was readily accepted by North American buyers and critics alike, its two models winning many awards and its 1987 dealer service score the highest that J.D. Power and Associate’s Customer Satisfaction Index (CSI) Survey had ever recorded to that point.

By 1988 the Legend was already legendary, as it became the bestselling luxury model in North America. Acura soon celebrated its success by introducing the now truly legendary and highly collectable NSX mid-engine sport coupe, which went far to change North Americans’ perceptions about Japanese performance. And the rest, as they say, is history.

Of course, many models have come and gone since, enriching that history and as a result making Acura one of Canada’s most popular premium brands, although Acura’s Legend replacement, the RLX, is no longer North America’s bestselling luxury car. Still, the performance, luxury and quality relied upon by Acura’s loyal fan base has only improved over the past 30 years.

enriching that history and as a result making Acura one of Canada’s most popular premium brands, while performance, luxury and quality across its ever-expanding lineup

Along with the marque’s flagship luxury sedan, Acura currently offers the ILX compact and larger TLX four-door sedans, both encompassing equal parts sport and luxury. Also available is the hugely popular RDX luxury compact SUV, while Acura’s first-ever SUV, the seven-passenger MDX, is now in its third generation and remains a family favourite.

Another reason for Acura to celebrate this new model year is the return of the highly anticipated NSX sports coupe, a car that not only puts the brand back on the entry-level exotic supercar map, but also becomes a rolling showcase for its advanced hybrid electric technologies.

The luxury sector is much more competitive now than it was 30 years ago when Acura paved the way for Lexus and Infiniti, having recently included California’s all-electric Tesla to the mix and soon expanding with the introduction of the first-ever South Korean luxury brand, Genesis.

Only time will tell how Acura fares against this upstart from Seoul, not to mention the resurging Cadillac, Jaguar/Land Rover and Volvo brands. Likewise, Lincoln is once again reinventing itself, and Acura’s always-challenging Japanese rivals continue to put up a good fight against all comers as well as the luxury leaders from Germany, while Maserati and Porsche seem to push forever down market at the same time most mainstream volume brands are striving as much as they can to attract premium buyers.

Fortunately for Acura, strong sales from its current lineup bode well for another 500,000 sales arriving sooner than later.