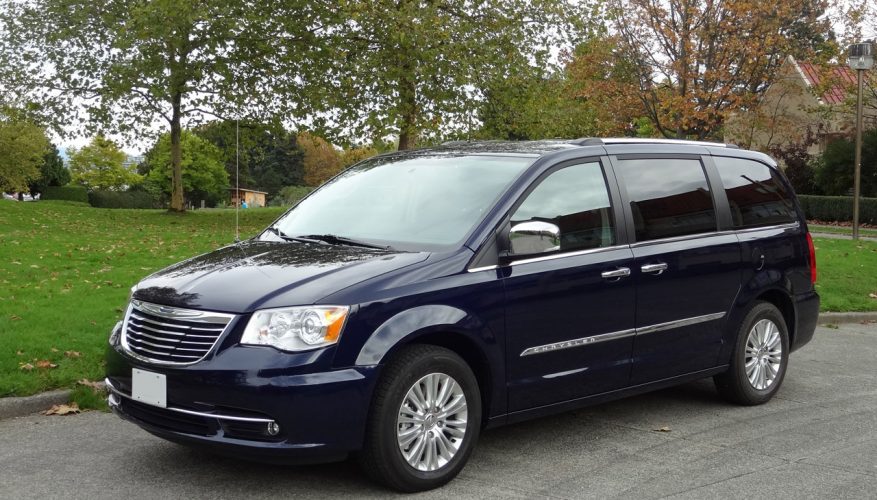 By: Simon Hill
While its true that minivans don’t rule the roads like they once did, and many manufacturers have abandoned the segment in favour of three-row crossovers, it’s also true that the segment remains an important one. So Chrysler will have a lot riding on the next-generation Town & Country when the company introduces it for the 2016 model year.

Not only will the new Town & Country be following in the footsteps of a carefully refined, eminently practical and immensely popular design that’s been serving families faithfully since 2008, it will also be stepping into the spotlight solo: After 31 years in the marketplace its Dodge Grand Caravan sibling is slated to be discontinued.

The transition should see some interesting changes in the Town & Country lineup, especially north of the 49th parallel. After all, while the Town & Country is the segment leader in the US (followed closely by the Dodge Grand Caravan), in Canada the battle is far fiercer. The value-priced Grand Caravan has long been Canada’s segment leader, starting at $21,590 (destination included) for the Canada Value Package trim. The Town & Country, meanwhile, caters to more luxury-minded buyers with a starting price of $36,390 (including destination) for the Touring trim, and it trails behind the Toyota Sienna and Honda Odyssey in the sales race.

To help me experience the ultimate in minivan luxury Chrysler set me up for a week in its range-topping 2015 Town & Country Limited Platinum, fully loaded with all the most desirable options. As minivans go, it’s hard to argue the result. The 2015 Town & Country may be the last of its generation, but in Limited Platinum trim it’s certainly going out in style. Complementing its True Blue Pearl Coat paint and polished 17-inch alloy wheels, my test van featured a two-tone grey and black interior colour scheme with soft Nappa leather upholstery, Stow ‘n’ Go second row seating, and handy power-operated Tailgate Seats in the third row (these can tilt over backwards allowing you to relax in comfort while facing out of the open tailgate). The front seats are roomy and comfortable, and while the second-row seats are a bit narrow-backed in order to facilitate stowing them below the floor, they’re still decently comfortable and offer plenty of headroom and legroom. In the third row things get a little tighter, especially in terms of foot room (you can’t get your toes under the second-row seats), but even at five-foot-eleven I found the third row adequate for short trips.

Chrysler has clearly expended effort to ensure that the Town & Country’s interior has a look and feel befitting its "ultimate luxury minivan" boast, with a fat leather-wrapped and wood-infused steering wheel, soft-touch front door uppers and inserts, a trés chic analog dashboard clock, and plenty of brushed metal and chrome accents. But there’s no disguising the family van bones underneath the luxury, and hard plastics are in abundance throughout the cabin, making up the front door lowers, the rear door panels (including uppers), the dash, and the console. Everything looks good and fits together properly, however, so the choice of materials isn’t really an issue for the most part. A couple of exceptions include the engine start button, which feels flimsy and added on (it appears to be mounted on a stalk, and wobbles around rather disconcertingly) and the rubber armrests for the second-row seats, which could do with upholstering to match the seats.

Storage is one department where Chrysler’s minivans truly shine, and the Town & Country Limited doesn’t disappoint. The centre console is capacious and well thought-out, with plenty of hidden space for all of life’s accoutrements. It would be nice if there was a system in place to make the console move quickly and easily out of the way in case you want to clamber into the back of the van, but I guess you can’t have your cake and eat it too. (You also have to be careful about putting pocket change on top of the rollout cubby covers, because if you then open the cubby, the change disappears inside the console never to be seen again).

My wife was thoroughly impressed with the big under-floor bins available when the Stow ‘n Go seats aren’t stowed, and for long trips there are cupholders galore, plus small cubbies even for the third-row occupants. Cargo space behind the third row is a reasonable 934 litres, and this jumps to 2,359 litres when it’s folded flat, and 4,072 litres with the second-row seats also stowed.

Under the hood, the Town & Country gets Chrysler’s proven 3.6-litre Pentastar V6, which cranks out 283 horsepower and 260 lb-ft of torque. Hooked up to a standard equipment six-speed automatic transmission it’ll easily squawk the front tires off the line and will whisk the van to 100 km/h in about eight seconds. If you’re planning on towing a trailer, the Town & Country boasts an impressive 1,633-kilo (3,600-pound) towing capacity and comes with standard trailer sway control.

On the road I found the drivetrain amply willing if a perhaps little unrefined. This isn’t a case of noise, vibration of harshness – the V6 is a nice-sounding engine with a muted, mellow roar during heavy acceleration, and overall noise levels in the van are quite low. The lack of refinement is more to do with the slightly abrupt, rubbery manner in which everything operates: The throttle tip-in is distinctly front-end loaded, so the van feels powerful but takes a deft touch to launch smoothly, and the brakes bite with equal enthusiasm when it comes time to stop. The transmission also tends to lurch a little on shifts, and my test van’s power delivery was less than smooth when backing slowly up a steep hill into a parking spot.

In terms of ride and handling the Town & Country is both comfortable and well controlled, with a decently solid feeling structure. The steering is a bit vague, but it’s nicely weighted and the van tracks well, goes where it’s pointed with a minimum of fuss, and hangs on surprisingly well if you decide to push it a little through the corners.

All Town & County vans get electronic stability control with trailer sway control, four-wheel antilock disc brakes, tire pressure monitoring, active head restraints, and a comprehensive array of airbags. Safety-wise, the Dodge/Chrysler minivan twins, as well as the Nissan Quest, were recently called out by the IIHS for poor performance in the challenging new small-overlap front crash test, but they achieved good ratings in all other tests.

On top of all its standard equipment my test van had $5,220 worth of optional gear including a power sunroof ($1,395), towing package ($700), navigation package ($475), a DVD/Blu-ray entertainment system with second- and third-row screens ($2,000), and the previously mentioned power folding third-row seat ($650). All in all it’s a list of equipment worthy of a premium luxury sedan and sure to keep the kids happy on even the longest road trips.

To help keep buyers happy at purchase time, Chrysler was offering significant incentives on the Town & Country Limited Platinum at the time of writing. My test van’s window sticker indicated an all-in pre-discount MSRP of $55,610 including the $1,695 destination fee, but using Chrysler’s website to build an identical van with all the same optional equipment showed an actual total sales price of $47,610 including destination fees.