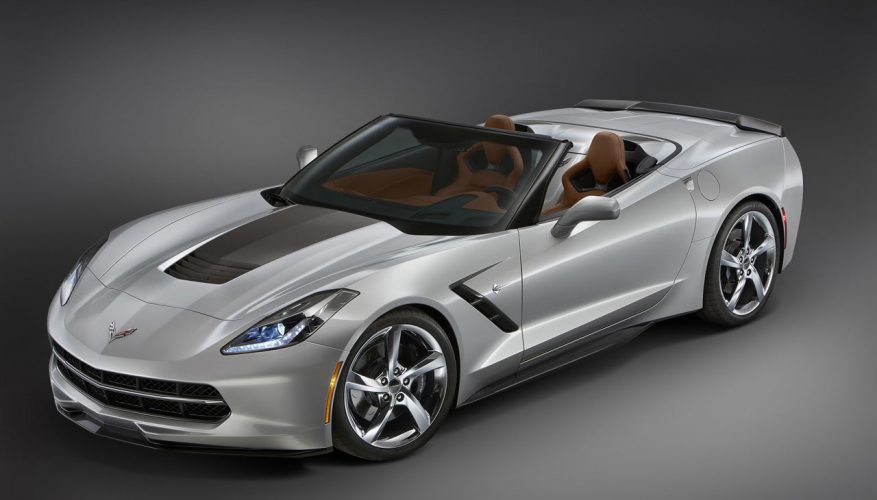 By: Simon Hill
Chevrolet has been on a bit of a roll lately with concept models introduced at the industry-only SEMA (Specialty Equipment Market Association) trade show: The marque’s Camaro Hot Wheels edition and Sonic Dusk concepts both proved so popular that they were later introduced into production, and now its 2015 Corvette Atlantic and Pacific Design Package concepts have also made the transition from the SEMA show floor to the open road.

The coastal design packages include a luxury-focused Atlantic Convertible and a performance-oriented Pacific Coupe. "One of the design goals for the Corvette Stingray was to provide customers with the flexibility to tailor the car to their personality," said Kirk Bennion, Corvette exterior design manager. "The Atlantic and Pacific Design Packages were originally designed to showcase how the Stingray could be configured as a luxury sport GT car or as a high-performance motorsport car."

As with other 2015 Corvettes, the Atlantic and Pacific will be available with Corvette’s new Performance Data Recorder, and with a choice of standard seven-speed manual transmission or a new eight-speed automatic transmission with paddle-shifters. Compared to the outgoing six-speed, the new automatic is expected to offer up to five percent greater efficiency and shift times that rival the best dual-clutch designs.

The Corvette Stingray Atlantic Convertible and Pacific Design Coupe will go on sale later this year along with the rest of the 2015 Corvette lineup.