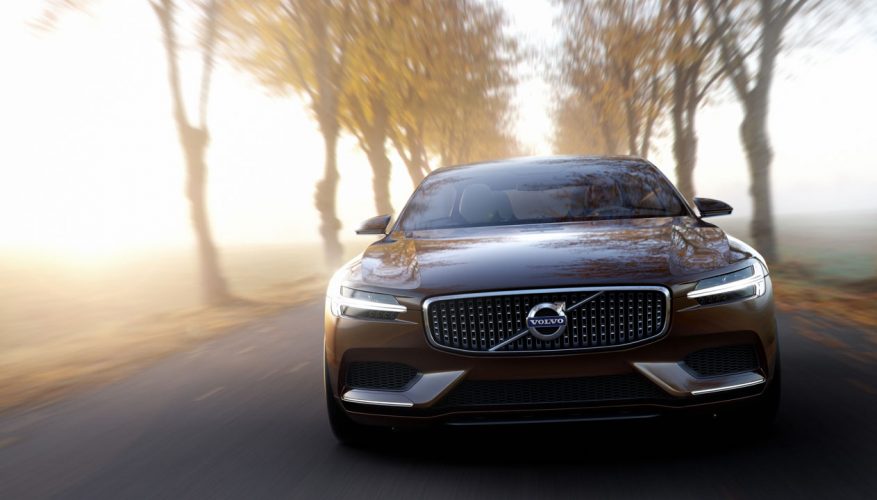 By: Simon Hill
Following the debut of its Concept Coupe at Frankfurt and Concept XC Coupe at Detroit, Volvo is using the Geneva International Motor Show to reveal the third in its series of concept cars: the Concept Estate.

The likeness is part of a fresh design language being created by Volvo’s recently-appointed design chief Thomas Ingenlath to go with Volvo’s new Scalable Platform Architecture. This architecture allows for short overhangs and easily adjusted proportions, with the only real restriction being the length between the front axle and the cabin firewall. It will be used to underpin larger vehicles from the S60 sedan to the seven-seat XC90 crossover, while a Compact Modular Architecture will be used for smaller vehicles including the S40 and V40.

"The 1800-models are iconic Volvos, renowned for their beautiful forms and detailing," says Ingenlath. "However, using elements from their exterior and interior has nothing to do with being retro. We are using these subtle links to a glorious past to create a future in which sheer beauty becomes a recognized part of Volvo’s identity."

The Concept Estate’s low bonnet, sleek silhouette and glass roof all contribute to the dynamic, sporty look of the three-door wagon, and like the recent Concept Coupe and the Concept XC Coupe, the face of the Volvo Concept Estate features a "floating" grille flanked by headlights with T-shaped DRL light guides. The rear of the Concept Estate closely echoes the design of the 1800 ES, and features a distinctive light signature that’s another element in Volvo’s new design direction.

Subtle inspiration from the 1800-models is also evident on several details inside the Concept Estate, such as the two-spoke steering wheel, the instrument panel and the dials. But perhaps the most striking feature of the Concept Estate’s interior design is its simplicity. The traditional selection of buttons and controls on the centre stack has been replaced by a single large tablet-like touchscreen control panel, bringing the interior firmly into the 21st century.

"Not having to deal with buttons and controls for a growing number of functionalities is like being freed from a pair of handcuffs," says Robin Page, Design Director Interior of Volvo Car Group. "This has made it possible to build a beautiful interior architecture around the portrait screen. The concept car showcases how this user interface will be integrated in our new car generation."

In terms of materials, Volvo says the Concept Estate was designed to provide "the feel of a Scandinavian living room," with details including an instrument panel covered by saddle leather from Tärnsjö, inlays made of naturally aged waxed wood, and machined copper details. One detail in the Concept Estate that seems unlikely to make it into any production Volvo is a specially designed Swedish "kubb" game set that’s visible through a transparent load floor in the back.

It’s certainly an attention-getting detail, and indeed Volvo’s concept cars have been capturing plenty of attention at the auto shows, as they provide the first significant clues as to how the new XC90 SUV and subsequent cars will look. The XC90 is due to be launched later this year.