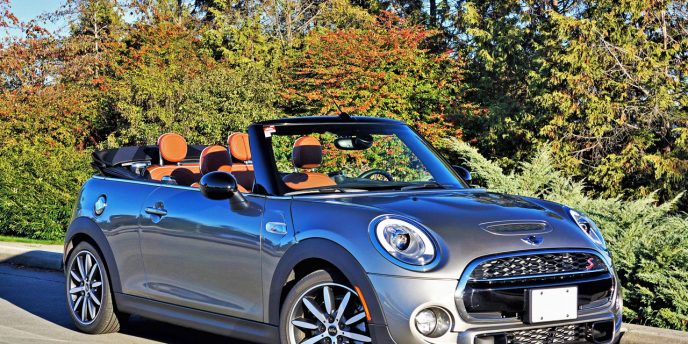 You can buy a two-seat roadster if you want, but Mini’s Convertible gives you the option of taking a couple of smallish friends or family along for your sun-filled drive, plus its recent redesign means…
It's getting to be the time of year when we can expect sunshine to reign down on us more often than not, or at least most are hoping to see less rain as we near the mid-point of spring. Such thoughts cause some of us to dream of open-top motoring in a new convertible, and few carmakers offer as much sun-worshipping fun for as little cost as Mini.

Good news for entry-level cabrio fans came last year when Mini upgraded their diminutive Convertible to its third-generation design, and with the move it grew in size, comfort, and performance while adopting the new BMW UKL1 architecture. This is the same design that arrived as the Mini Hardtop for 2014, which was renamed 3 Door due to the introduction of the funky 2017 5 Door, and was expanded to include the new six-door Clubman last year; this new Mini Convertible completing the brand-wide transformation. To be clear, the Clubman uses a modified UKL1 platform appropriately dubbed UKL2, which also supports the Countryman subcompact SUV Read Full Story 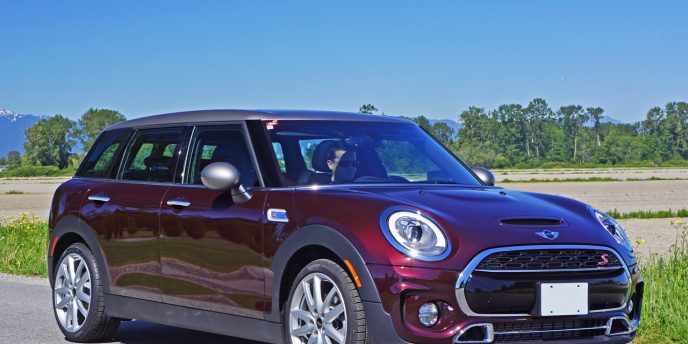 Mini has already added a 5-door hatch and an SUV to its 3-door hatch lineup, so what could possibly be next? How about a really long 6-door wagon that stretches the Mini concept to new maxi lengths? Meet…
The Mini brand has long been grounded in a less is more philosophy, so simply living with one means you're taking up less space in the world, in a car that consumed fewer materials in its production, goes through much less fuel than the majority of four-wheeled conveyances and concurrently spews fewer toxic emissions from its exhaust, but of course there's more to the iconic British brand than that. Mini is also about having fun while you're saving the planet, two concepts that rarely coexist.

The new Clubman is different, mind you, in that it embodies a more is more outlook. More size, more space, more Mini, if that makes any sense. All said, before we go thinking that Mini has become too big for its britches let's put our reality glasses on and consider how the largest Mini ever fits into the small car market of today. As is immediately evident the Clubman is long, more than 25 centimeters (almost 10 inches) longer than the already lengthened 5 door hatch, which is based on Read Full Story 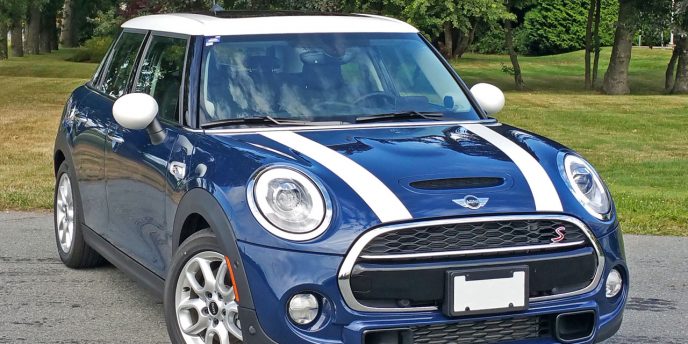 Is there a car company that depicts the happy-go-lucky lifestyle more than Mini? Get one in Cooper S trim and you’ll also get serious performance, while the new 5-Door body-style adds a lot of practicality…
We see it all the time. A TV or online ad, an advertorial designed to look like a review while scrolling through social media on our phone or tablet, a full page spread in a lifestyle magazine or likewise for those who still read newspapers, a big screen while waiting for the train or smaller screen inside an elevator. However it gets fed to us it's the same basic promotion by some brand trying to tell us that whatever they're selling will make our lives better, improve our state of well being or health, enhance our sex lives and just generally make us happier people. In my experience most of these claims are simply not true, but when it comes to anything with the winged Mini badge on its hood and backside there just might be a case for truth in advertising.

Of course you'd need to buy into the belief that whatever makes us smile also improves our mental and physical health, that a fast, fun, cool, environmentally hip car could actually make us sexier, and that feeling really Read Full Story 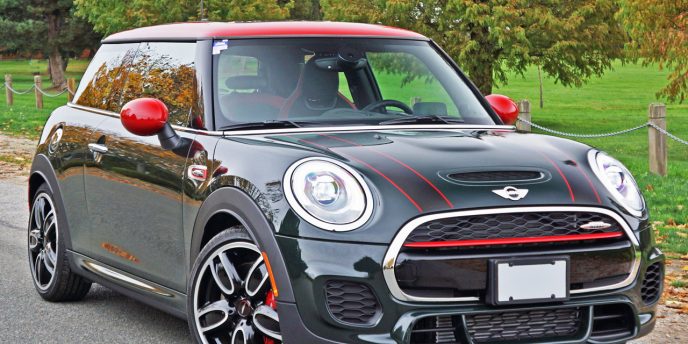 Few cars have as much impish attitude as Mini’s 3-Door hatch, while its top-line JCW is the “M” of subcompacts. For 2015 it’s been totally redesigned with a 228-hp 4-cylinder with 236 lb-ft of…
In case you're wondering whether anyone will notice that you spent a lot more for a JCW than mere mortals pay for a regular Cooper or Cooper S, don't worry. From it's bold red horizontal grille rib and unique badging, up to its gaping hood scoop and then down to its heavily ducted lower fascia, past its bulging fenders to unique optional machine-finished 18-inch five-spoke alloys with black painted pockets on 205/40 Pirelli Cinturatos framing standard JCW-branded glossy red four-piston fixed calipers that hover over massive dinner plate-sized ventilated discs, back up to a wing-like rooftop spoiler, flap open to wrestle with a turmoil of otherwise chassis-unbalancing air, quad-vented rear bumper cap housing big fat twinned centre-mounted slash-cut exhaust pipes protruding out back, the JCW is a car that will get you as many looks as it'll attract Speed Racers pulling up alongside to check you out and possibly tempt weaker minds into a quick side-by-side sprint.

Even on the way Read Full Story 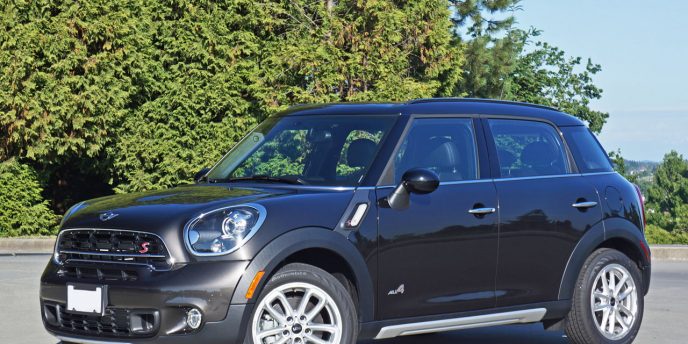 Bored of your compact SUV? Could something more entertaining to drive and certainly more interesting to look at pique your interest? If so, Mini has just the vehicle to turn mundane commutes into fun-filled…
For the 2015 model year Mini has given its popular Countryman crossover SUV a mid-cycle refresh, and due to only the subtlest of changes it's safe to assume the British brand is happy with how the last four years of sales went down.

And they should be. Here in Canada Mini sold 2,018 Cooper Countryman models in 2014, resulting in the model's second best year. It didn't miss toppling its old record by much either, 2013's Countryman sales the highest on record at 2,067 units, while 2012's deliveries reached 1,731 and 2011 the lowest at 1,563, not unusual for an all-new model's first year. If you compare its success to the regular Mini Cooper it doesn't look quite as popular at first glance, that model selling 3,365 units last year, but what the Cooper sales statistic doesn't tell you is that all models based on the new three door hatchback, and even those still running on the old platform architecture, are lumped under the single Cooper category, which includes the new third-generation Read Full Story
Car Shopping Tools