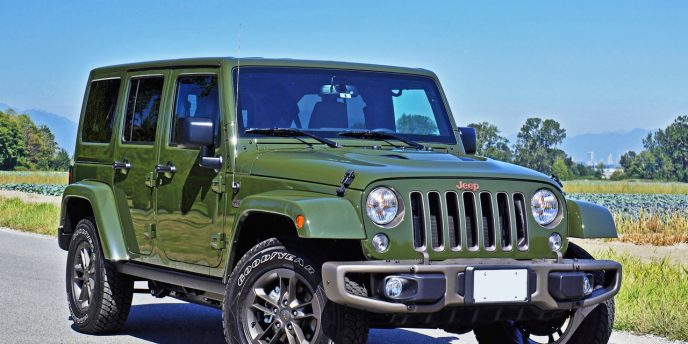 Along with commemorating Jeep’s wartime contribution the new 75th Anniversary Edition is an attractive and well-packaged Wrangler. Unique features include bronze accents outside and in, 17-inch alloys,…
Have you ever driven a WWII-era U.S. military jeep? If yes you'll know the current JK-bodied Wrangler is more akin to driving a luxury car of the same era than the ultimately remedial Bantam BRC-40, Ford GP, and Willys MA.

Yes, these three automakers submitted prototypes with Bantam's "Pilot" winning the bid, but all would go on to produce a version that would soon be standardized to conform to the much-improved Willys MB (which had significant input from all three manufacturers), with a Willys-sourced powertrain and production housed at their Toledo, Ohio plant (yes, where Jeep continues to build the Wrangler). Interestingly, Jeep's trademark pressed-metal grille was initially designed by Ford for their "Pygmy" prototype, but let's not remind the current crop of blue-oval designers or they'll lay claim on it before adapting it to their next generation of copycat Range Rovers. 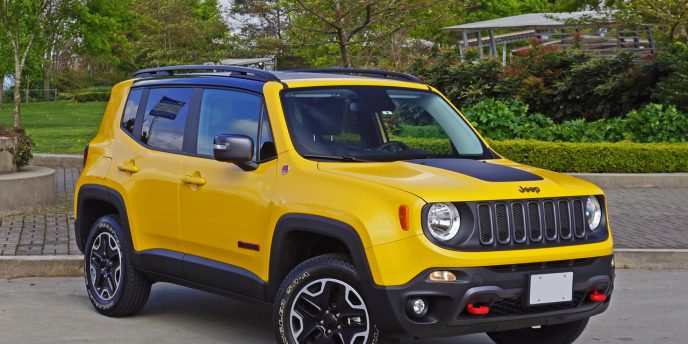 Jeep’s little Renegade is selling up a storm across the continent, therefore today we review a near loaded Trailhawk version with the larger 184-hp 2.4L four-cylinder, advanced 9-speed auto, standard…
To most consumers Jeep is that iconic 4x4 brand that seems to have been around forever. It epitomizes rough and ready off-roading, that thought immediately conjuring up images of one of its many models trailblazing through a thickly wooded forest, trudging knee deep through marshland, fording a fast moving river, or spewing sand from oversized tires as it speeds up and over a dune, there's really no substitute for Jeep when it comes to serious 4x4s.

Of course there are, but none can trace their off-road roots back to 1941. Although to be fair, both Bantam and Ford built very similar utility vehicles for the U.S. World War II effort, simultaneously with Willys-Overland, the company that kept building them after the war under the CJ "Civilian Jeep" moniker, at least until 1953 when Kaiser and W-O joined forces to form Willys Motors, renamed Kaiser-Jeep in '63, a company that was gobbled up by American Motors Corporation in 1970, until AMC fell under the partnership and eventual Read Full Story 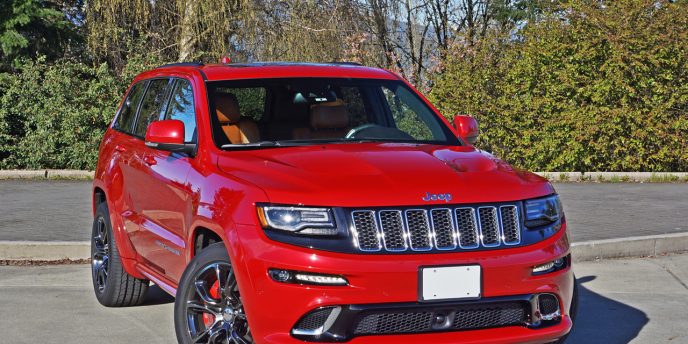 Compared to many of today’s ultra-premium super-SUVs the Grand Cherokee SRT’s 475-hp Hemi V8 seems a bit tame, but it hits 100km/h in 5 seconds, pulls amazing Gs through corners, shifts its 8-speed…
Since when did 475 horsepower and 470 lb-ft of torque merely become adequate in a performance SUV?

I remember when Jeep first added the Street and Racing Technology "SRT" initials to its flagship Grand Cherokee in 2006, that model's 420 horsepower 6.1-litre Hemi V8 enough to shame the super-SUVs of the era, including BMW's X5 4.8si, Mercedes-Benz' ML55 AMG, Porsche's Cayenne Turbo, and what was then the entirely new Land Rover Sport Supercharged. Now even the weakest of these four puts more asphalt churning thrust through its four wheels than the comparatively docile Jeep, the comparatively lightweight aluminum-bodied Range Rover Sport SVR kicking out 550 horsepower and 502 pound-feet of torque, whereas the next most powerful X5 M makes 567 horsepower and 553 lb-ft of torque, the Cayenne Turbo S produces 570 horsepower and 590 lb-ft of torque, and the new Mercedes-Benz GLE AMG 63 creates 577 horsepower and 560 lb-ft of torque, while the previously unfathomed Tesla Model X P90D Read Full Story 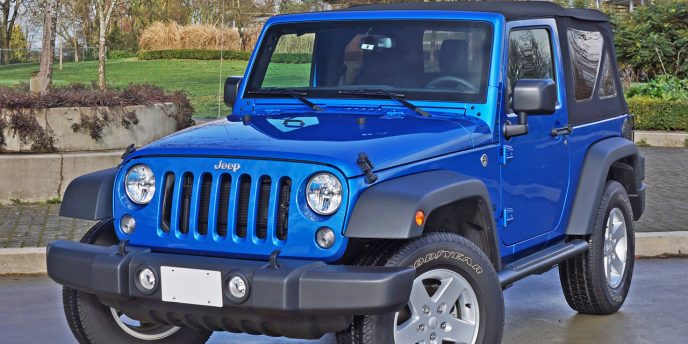 Have you been pampering yourself too much? Isn’t it time to add a rough and ready Jeep Wrangler to your active lifestyle? While the rugged 4x4 isn’t for everyone, it certainly is popular with more…
So, do you think Audi is selling well these days? They are. Last year's U.S. sales gained 11.1 percent for their best year ever, resulting in a total of 202,202 cars and crossovers sold.

What's this got to do with the Wrangler? Absolutely nothing, although when I saw the iconic Jeep's improved sales numbers that were up 15.6 percent for an all-time-high of 202,702 units throughout calendar year 2015, it caused me to stop in my tracks. First of all, except for one digit, the numbers are almost identical, this recalling Audi's sales total that I used in a recent review, at which point it dawned on me that Jeep actually sold 500 more of its the humble Wranglers over the same twelve month period than the entire Audi brand that's made up of 11 unique models and many more body styles, powertrain configurations and trim levels. A similar scenario plays out here in Canada, with the Audi brand good for a 9.1-percent increase resulting in 26,754, although the four-ringing German brand is Read Full Story 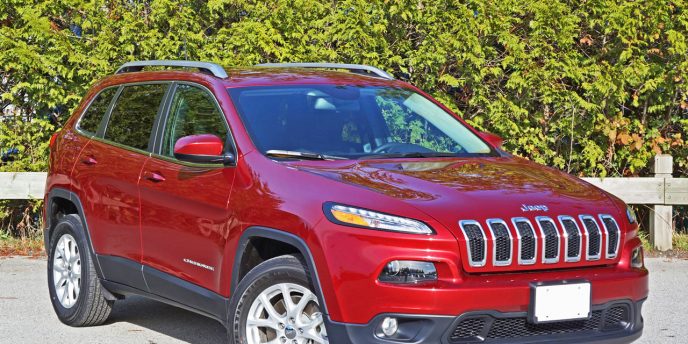 Want a family-friendly compact crossover but wishing you could find something with a little more off-road capability? Look no further than Jeep and its new Cherokee. Today we review the Cherokee North…
When Jeep's new Cherokee hit the market in the late summer of 2014 none of us really knew how well it would do. I liked how it looked, although I remember some of my colleagues weren't so taken by its unusual styling, particularly its narrow, high-mounted headlights, but this said it's impossible to forecast how the buying public will react once a vehicle gets off the auto show stage and hits the road. As it turns out, it's been a massive hit for America's iconic 4x4 brand.