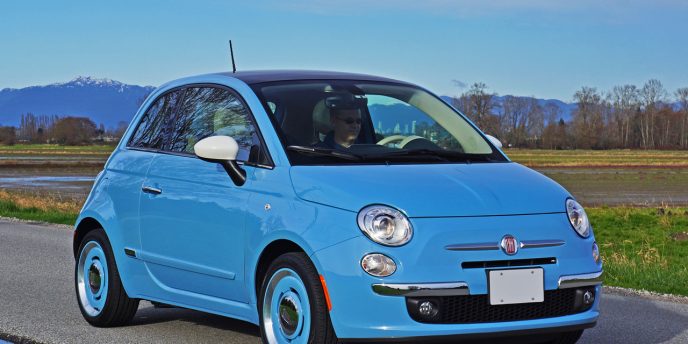 As if the 500 wasn’t retro enough, Fiat has created a special 1957 Edition to commemorate the car that inspired its design. Available in just 3 colours, it gets classic FIAT badges, extra chrome trim,…
Want a good time? That seems like something you'd see etched into a public restroom stall door. The first time I ever saw something like that it was painfully close to the year this particular car references. Ok, I exaggerate, but it was nevertheless the '60s, when the original Fiat Cinquecento was most popular. This modern-day 500 1957 Edition actually pays tribute to the first year of Fiat Nuova sales; that would be the pre-Cinquecento (500-cc) model, even predating the 499-cc 16.5-horsepower Nuova era, when a 13 horsepower 479-cc version of Fiat's air-cooled, two-cylinder engine powered the same basic car.

That mostly-unchanged model sold a staggering 3,893,294 units from '57 through '75, which is reason enough for Europeans to have wrapped their hearts around it in similar fashion to the way most everyone adored the original VW Beetle, Mini, Citroën 2CV, Renault Dauphine and so many other post-war mass-volume cars (the Beetle was pre-war, but it became popular afterward). Read Full Story 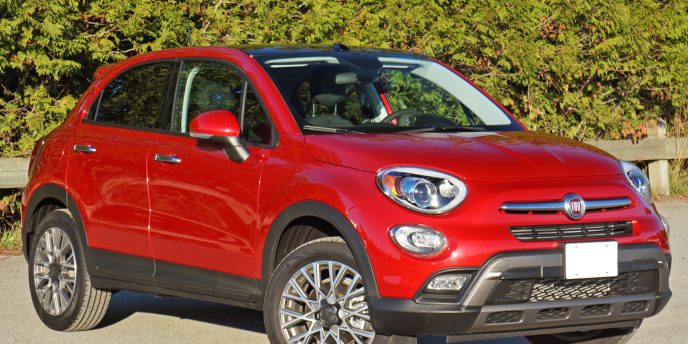 Could the 500X be considered a ground floor opportunity? Considering its one of the best in its class yet hardly gained much sales traction so far, there may be a very good opportunity to get a great…
Tired of seeing the exact same car coming around the corner everywhere you go? Of course, there's a lot to be said for buying a highly successful model. It's often a sign of good design, better than average quality and a strong brand image, but bestsellers can often appear a bit generic in their attempt to appeal to the masses and tend to lack unique character from behind the wheel, both in interior styling and driving dynamics. There's no chance of that with the new Fiat 500X.

As a backgrounder, Fiat first became part of the Canadian road-scape in 1910, two years after arriving in the U.S., although due to poor sales the Italian brand left both markets in 1983. That U.S./Canadian connection proved important to the Italian automaker's future, however, starting with a $2 billion USD compensation payment made by General Motors after choosing to terminate a then five-year-old put option that gave Fiat Group (FIA) the right to sell itself to GM for fair market value, which was money Read Full Story 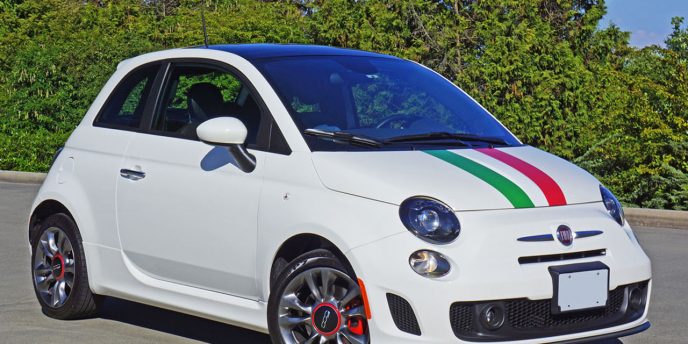 Just add a turbo and a sport exhaust to Fiat’s fab 500 and it transforms into a pocket rocket thanks to 135-hp and 150 lb-ft of torque, while 16-inch alloys, a sport suspension, and sport brakes continue…
So you want a 500 Abarth, but finances aren't allowing the $22.5k required? No problem, because Fiat's been listening and now offers a sportier 500 Turbo that will do the job for just under $19k while you're saving up for the world's feistiest subcompact.

I haven't met anyone who's driven the Fiat 500 Abarth and didn't love it, and I must admit the 500 Turbo had a similar effect on me. Ok, its sport-tuned single exhaust didn't growl as impudently as the Abarth's raucous dual pipes, the five-speed manual shifter I enjoyed in my last Abarth tester was replaced by an Aisin heavy-duty six-speed automatic with manual mode (although the five-speed stick still comes standard), plus the turbocharged and intercooled 1.4-litre MultiAir four-cylinder's ultimate output gets tuned down by 25 horsepower and 20 lb-ft of torque when compared to the manual Abarth or 22 horsepower and 33 lb-ft when more appropriately put up against the autobox equipped Abarth, but at 135 horsepower and 150 lb-ft Read Full Story 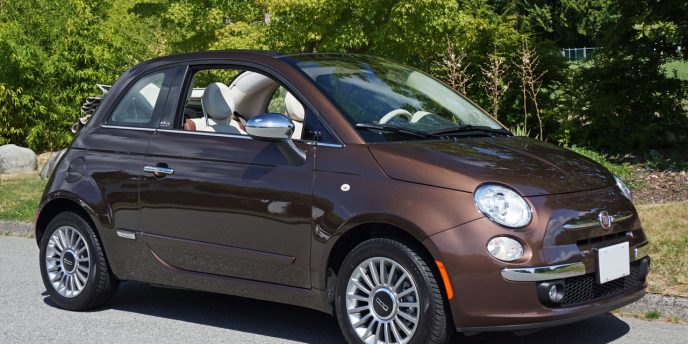 The elegant little Fiat 500C shows that you don’t have to spend a lot of money in order to drive something very special. Read Trevor Hofmann’s review of the 500C in top-tier Lounge trim to get a full…
What's the cutest car available in Canada? Some might point to the Smart Fortwo, simply because it's outrageously small, or Scion's more oddly angular shaped although slightly larger iQ for the same reason, but the even larger yet still tiny Fiat 500 would probably be most peoples' first choice.

Fiat got the proportions just right when the Dante Giacosa-designed Cinquecento initially hit the European market in 1957, helping to make the impish rear-engine two-door one of the best selling cars on the Continent with 3,893,294 units sold throughout its 18-year tenure, and did so once again albeit 50 years later in March of 2007 when it presented the current completely redesigned Type 312 retro version at the Geneva auto show. I was there to witness (and ride on the ultimately-cool indoor rollercoaster with 500-styled cars that Fiat created for the show), and saw first-hand how even jaded journalists went gaga for the adorable little city car. 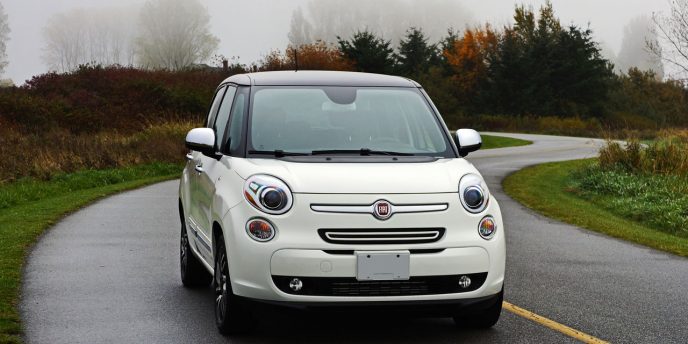 Today on CarCostCanada, check out Trevor Hofmann’s review of the Fiat 500L, one of the smallest compact crossovers on the market. It might be small on the outside, but the 500L is much larger inside…
This job has taught me to expect the unexpected, and I must admit the Fiat 500L was unexpectedly good.

Don't get me wrong. Way before slipping behind the wheel of a 500L I was already impressed by the regular 500 after experiencing it in almost every flavour, but the 500L is an altogether different kind of car. Compared to that little champ the L totally lives up to the alpha portion of its new alphanumeric nameplate, it's Large.

That's the first surprise. Sure you can see it's going to be larger than the wee little 500, but just how much larger it is inside is shocking. Rear seat room is fabulous for two and possible for three while headroom is lofty all-round, my tester's stunning panoramic sunroof making it as close to an open-air convertible as this class gets.

Once you lift up the unexpectedly heavy liftgate there's a surprisingly sizable loading area behind those 60/40-split rear seatbacks too, good for 654 litres (23.1 cubic feet) of gear when they're Read Full Story
Car Shopping Tools