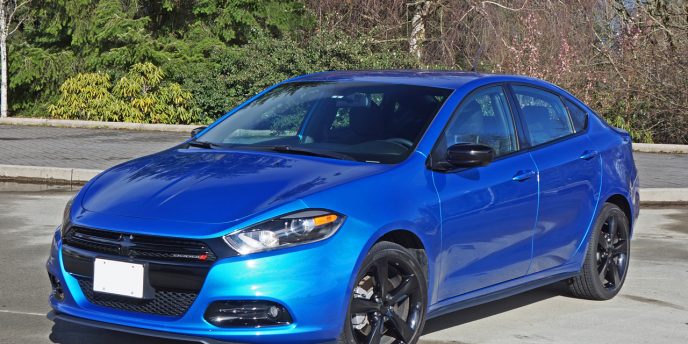 With 3 engines from 160- to 184-hp, 3 transmissions, a fully independent suspension, 4-wheel discs and more available, the Dodge Dart is an impressive compact American with a feisty Italian heart. Base…
Performance car enthusiasts will attest that the cars they like most are often least appreciated by bread and butter car buyers, a scenario that's getting played out once again with the fun-loving Dodge Dart.

In case you weren't aware, the modern-day Dart, not the original circa '59-'76, is one of the best driver's cars in its class. It comes standard with a powerful four-cylinder engine that sounds as good as it goes and can be upgraded with two even zippier alternatives, gets a snappy six-speed manual gearbox, optional six-speed auto and even availability of an advanced six-speed dual dry clutch automated transmission, and agile fully independent suspension with struts up front and a multilink design in back, the entire car also benefiting from four-wheel disc brakes and all the usual active and passive safety gear. All this is gifted from a legendary Italian performance brand, Alfa Romeo, which kindly donates the compact Giulietta's revered underpinnings to the American model Read Full Story 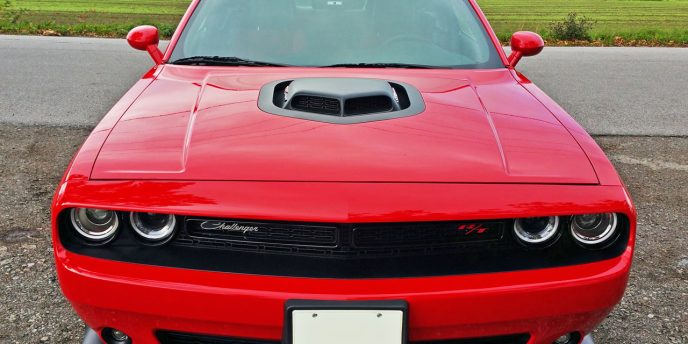 Nobody does retro muscle cars like Dodge, and this year’s updated Challenger is no exception. With revised styling front to rear plus a reworked interior the 2015 Challenger gets cool new Scat Pack…
Really, I'm not a kid anymore. I'm 50-plus, over the hill, on the downward slope and coasting, but wouldn't you know the latest Challenger Scat Pack Shaker had me feeling like a silly schoolboy.

It's been a while since I turned back not once, not twice, but three times while walking down the path to my home, yet this ballsy all-American muscle car has an all-consuming, overpowering pull on eyeballs. When passersby first heard and then saw this big red beast rumble past they either smiled widely or sneered in disdain, the latter obviously not amused by the unrepentant attitude toward environmental issues this car's fire-breathing V8 represents. In reality it's a lot cleaner than the old Volvo diesel wagons that show up at save the trees rallies, but of course it's no Prius. It harks back to the era I grew up in when people protested against "the bomb" while worrying about the coming ice age, how things have changed. The Challenger Scat Pack Shaker is the Classic Coke of the car Read Full Story 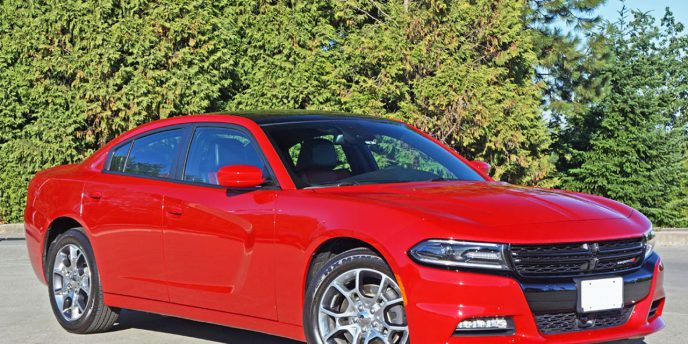 With more and more new vehicle buyers heading towards crossovers and the compact segment growing in all segments, the full-size sedan seems like an anachronism, although the Dodge Charger remains competitive…
For 2015, Dodge has given its full-size Charger sport sedan such a significant mid-cycle refresh that it might as well be a complete redesign. Gone is the deeper more Ram-like grille and taller traditional headlights, replaced by a leaner, narrower crosshair with black mesh inserts that flows directly into slimmer ultra-modern looking LED-enhanced combination headlamps, a dark centre bumper cap joining a revised lower grille opening for what looks like one large deep grille when seen from a distance. I don't know which version looks more intimidating, but this one is certainly slick, especially when all the black bits are high-gloss as was the case with my SXT Plus Rallye AWD tester.

The headlights get two thin rows of LEDs with a projector beam housed in their rearward sections, while just below a thicker row of LEDs gets fitted to each corner of the air dam, sharing space with a narrow brake-cooling duct. The entire look is as downright sophisticated as any ex-NASCAR-raced domestic Read Full Story 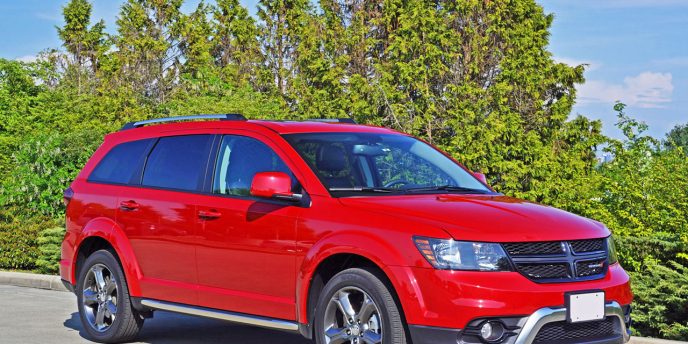 There’s no better value in the mid-size crossover SUV segment than the Dodge Journey, and today on CarCostCanada we review a top-line Crossroad V6 AWD version with options, which so-equipped is priced…
When Dodge introduced the Journey in 2008, expectations were that it would soon replace the Grand Caravan minivan. After all, the GC's sales were down significantly, about half of what they were four years prior in the US and some 15,000 units lower in Canada, and minivans overall were a dying breed, with Ford having axed its Freestar a year prior, GM having already announced that its Chevrolet Uplander and Pontiac Montana vans would shortly follow the same fate (they did in 2009), everyone expecting Hyundai's slow-selling Entourage to die an untimely death (it did so in 2010), and somehow through all this minivan carnage the ill-conceived Grand Caravan-based Volkswagen Routan came and went without many even taking notice. All along the Dodge Grand Caravan continued to enjoy overwhelming sales leadership in the minivan sector, while the Journey held its own in the mid-size CUV segment.

That Journey, which has been a top-seller in the mid-size crossover SUV segment since it arrived, Read Full Story 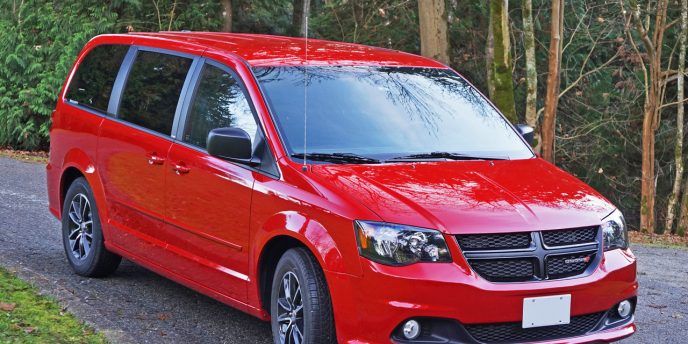 Today on CarCostCanada, auto journalist Trevor Hofmann reviews the 2015 Dodge Grand Caravan in sporty Blacktop trim. This red on black van represents the last of its kind. Still popular, the Grand Caravan…
It may come as a bit of a shock to some and will likely be old news to others, but back in May of last year Fiat-Chrysler Automobile (FCA) announced plans to eliminate the Dodge Grand Caravan. This current 2015 model will be the last of an era that's run more than three decades, the first ever Dodge Caravan arriving on the scene in 1983 along with its Plymouth Voyager counterpart.

Many reading this will know why the Voyager was discontinued. It had to go because the entire Plymouth brand was put to rest in June of 2001, but the Dodge brand isn't being discontinued so why would FCA kill off the Grand Caravan? Are sales low? Not exactly. Sales of minivans are much slower than they were at the height of the '90s when they were the darlings of so-called soccer moms (a much-maligned term but seemingly fitting in this review), with one in almost every suburban driveway and every automaker rushing to market with some sort of sliding side-door alternative to the Caravan, the one that Read Full Story
Car Shopping Tools