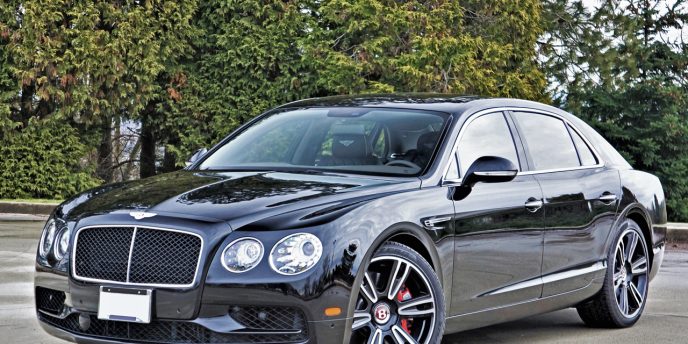 New for 2017, Bentley filled the gap between its most basic Flying Spur V8 and W12-powered model with a 521-hp V8 version that’s capable of blisteringly quick 4.9-second blasts to 100km/h and enhanced…
To call the new V8 S the "sport sedan" of Bentley's 2017 Flying Spur range somehow doesn't seem right.

After all, the "base" Flying Spur boasts a twin-turbocharged 4.0-litre V8 outputting 500 horsepower and 487 lb-ft of torque through an eight-speed Quickshift automatic with manual mode and paddle shifters plus standard 40:60 rear-biased all-wheel drive that grips tarmac via sizeable 19-inch alloys wrapped in 275/45ZR19s, the result being a 5.2-second charge to 100km/h, a 295 km/h (183 mph) top speed, and plenty of capability through the corners. Even better, the 6.0-litre W12-powered version, simply called Flying Spur without any engine reference, hits 100km/h in 4.6 seconds before attaining a 320-km/h (199-mph) terminal velocity thanks to 616 horsepower and 590 lb-ft of torque. In other words, Bentley doesn't make a Flying Spur that wouldn't qualify as a sport sedan, other than simultaneously being hedonistically plush and therefore normally classified as a luxury sedan. That's Read Full Story 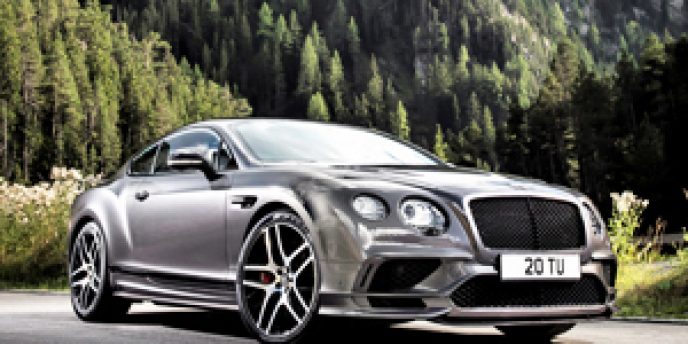 Rather than give those challengers opportunity to catch up, Bentley now offers a Read Full Story 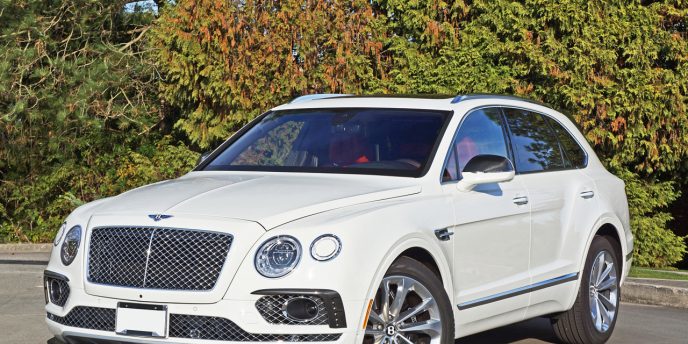 Reportedly HM Queen Elizabeth II was Bentley’s first Bentayga W12 customer, lofty company indeed. Of course, her outdated Range Rover wouldn’t be quick enough to escort the corgis to Sandringham,…
If you want to make a splash while pulling up at your kids' private school, this is the SUV you need. Nothing shows you've arrived like a Bentley grille, and the fact that it now graces a full size family hauler says as much about a rejuvenated Bentley brand as it does about the person behind the wheel.

Whether you see it as the best thing that ever happened to the SUV or the worst moment in Bentley's long and storied existence, the Bentayga marks a significant change in the way this ultra-premium British brand goes about business. Up until this year it's solely been in the car game, but we've seen this saga play out so many times now we shouldn't be at all surprised when yet another classic marque seemingly sells its soul for profit. Let's never forget these companies are mostly subsidiaries of much larger multinationals and therefore tradition is only sacrosanct to the point that progress doesn't interfere with brand equity, and these days that latter attribute is as much about Read Full Story 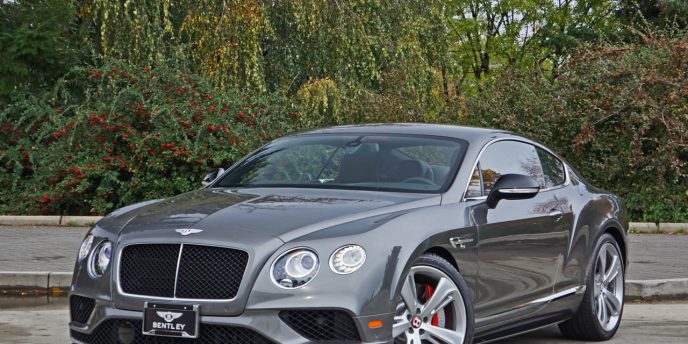 How does Bentley make its Continental GT V8 S as quick as its W12-powered GT? Check out today’s review for all the details, this beautiful two-door hardtop boasting plenty of styling and performance…
The Continental GT remains a shockingly attractive car. Let's consider for a moment that it was introduced in 2003. My first stint behind the wheel was in autumn 2004, when Bentley introduced the mildly updated 2005 model at a press event in Seattle. To me it was the most beautiful car available at the time, and the best combination of performance and luxury I'd ever had the pleasure to drive.

Oh how a dozen years can fly by. Then again experience can add to the relevance and readability of a story, and I've enjoyed a lot of fabulous Continental GTs since then. Bentley redesigned the GT in 2011, and while its basic shape stayed mostly the same its details made for a thoroughly refreshing update. A lighter weight GT V8 was introduced with the remake, sporting a twin-turbocharged 3,993cc powerplant capable of 500 horsepower and 487 lb-ft of torque that resulted in sprints to 100km/h of just 4.8 seconds, and a 309 km/h (192 mph) top speed.

As important to Bentley was a staggering Read Full Story 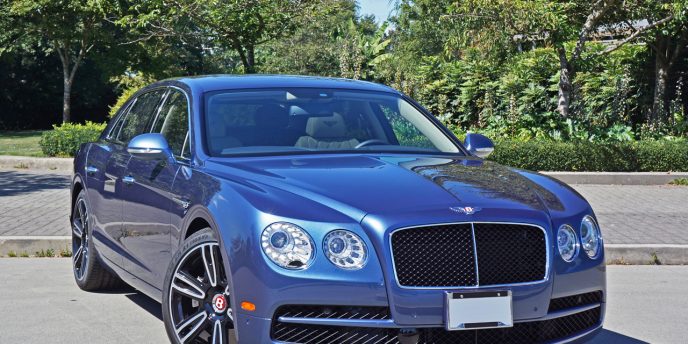 You know you’ve arrived when you arrive in a Bentley. Even the “base” Flying Spur is more impressive than most people will ever experience from a four-door luxury sedan, with a 500-hp twin-turbo…
Zero to 100 km/h in 5.2 seconds; a top speed of 295 km/h; 500 horsepower and 487 lb-ft of torque; and this is the slouch of the Flying Spur line.

Bentley just made news for producing the world's fastest luxury sedan, the new Flying Spur W12 S managing 100 km/h in just 4.5 seconds and a top speed of 325 km/h from a twin-turbocharged 6.0-litre 12-cylinder capable of 626 horsepower and 605 lb-ft of torque. That would be the quick one, inching out the previous world's fastest and still available non-S Flying Spur W12 by just 0.1 second to 100 km/h while nipping a whole 5 km/h off of its claimed top speed. That's astounding performance, but let's not forget the entry-level Flying Spur V8 is still faster than most of the luxury cars it's up against. Then again, after taking in its perfectly understated outward lines and soaking up its inner opulence I could hardly care how quick it was.

I'm not much for stoplight bragging rights, or at least I eventually outgrew such youthful Read Full Story
Car Shopping Tools