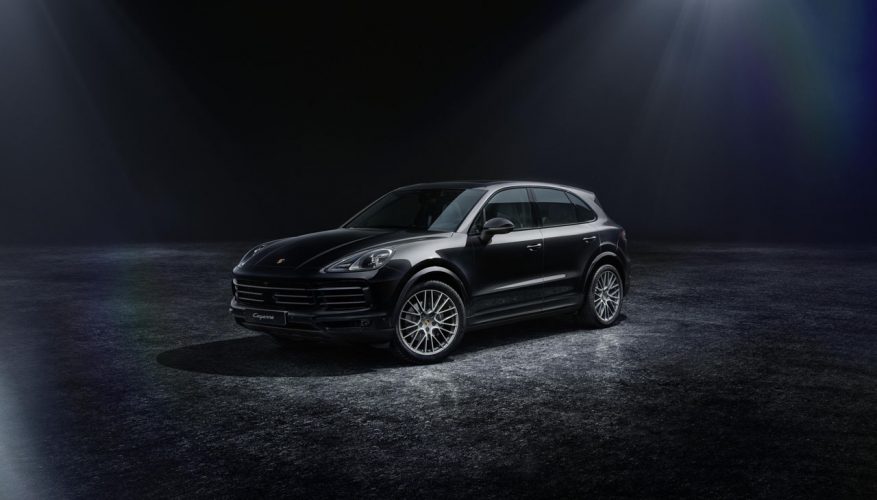 Porsche is bringing its Platinum Edition back to the Cayenne lineup for 2022, after three years off the market. The 2016–2018 trim level was popular in its day, and by all accounts should be even more so now.

Unlike the previous version, which was only available in one body style, the updated Platinum Edition can now be had in both the regular Cayenne and the more recently added Cayenne Coupe, plus it’s now available with three different V6 powertrains, including the 335-horsepower base model, the 455-hp E-Hybrid, and the 405-hp S trim.

Of note, standard colours include solid white and black, while available metallics are Jet Black, Carrara White, Mahogany, Moonlight Blue, and Chalk, with the latter grey tone being a higher-priced special colour.

When entering the Platinum Edition you’ll need to step over an aluminum door sill etched with the scripted “Platinum Edition” logo, while other niceties include special textured aluminum inlays as well as silver trim, plus Chalk-coloured seat belts.

A reasonable price bump for all the added style and features

Porsche Canada will start delivering the new 2022 Cayenne Platinum Edition models this summer, but if you can’t wait that long take note that Porsche Canada is currently offering new 2022 Cayenne models with factory leasing and financing rates from zero percent. Check out CarCostCanada for all the details, plus see how their unique system can save you thousands on your next new vehicle purchase, and make sure to download their free app from the Apple Store or Google Play Store.

Just look up with the Cayenne Platinum Edition (0:10):