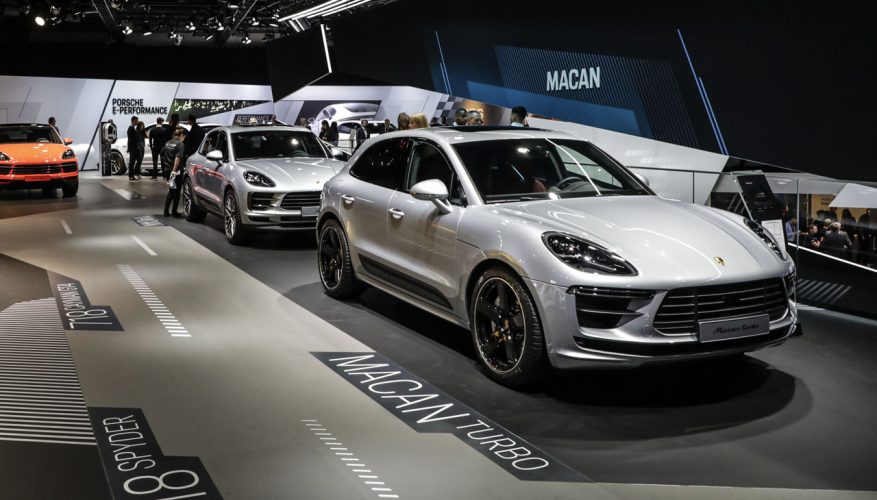 Porsche gave its Macan compact luxury utility such an extensive update last year that most in the industry consider it a completely new generation. The Stuttgart brand even went so far as to rejig its suspension, along with doing the normal upgrades like refreshing its front and rear clips with new styling, including standard LED headlights and tail lamps, those in back circling all the way around the SUV’s rear quarters, not unlike other vehicles in the lineup such as the 718 Cayman and Boxster, Panamera, Cayenne, 911, and all-new Taycan. Its cabin has also been improved significantly, with a new high-definition 10.9-inch Porsche Communication Management (PCM) centre touchscreen display as standard equipment.

The former features a 2.0-litre turbo-four good for 248 horsepower and 273 lb-ft of torque, which hightails it from standstill to 100km/h in just 6.7 seconds, or 6.5 seconds with its available Sport Chrono Package, while its terminal velocity is much more than any Canadian road allows at 227 km/h.

The mid-range Macan S gets a major bump in engine output thanks to a completely different mill under the hood, its 3.0-litre V6 turbo capable of 348 horsepower and 352 lb-ft of torque, resulting in a zero to 100km/h time of only 5.3 seconds, or 5.1 seconds with the Sport Chrono Package, plus a new top speed of 254 km/h.

The just-noted Macan S performance figures are improved for 2020, so it made sense for Porsche to upgrade its newest Turbo trim too, but adding a whopping 34 horsepower was probably unexpected by those outside of Porsche’s inner circle. The modified 2.9-litre twin-turbo V6 now puts out a highly potent 434 horsepower and 406 lb-ft of torque, which lops 0.3 seconds off of its acceleration time, resulting in 4.5 seconds from zero to 100km/h, or 4.3 seconds with the Sport Chrono Package, while its top speed gains 5 km/h at 270 km/h.

Convenience and luxury options are numerous, and include a multifunction GT Sport steering wheel, a wireless charging pad that comes together with a Smartphone Compartment, semi-autonomous parking and traffic assistance systems, etcetera.

The 2020 Macan Turbo can now be ordered through your local Porsche retailer, and will arrive in Canada toward the end of 2019. As for the new 2020 Macan and Macan S, they’re already available for test drives.