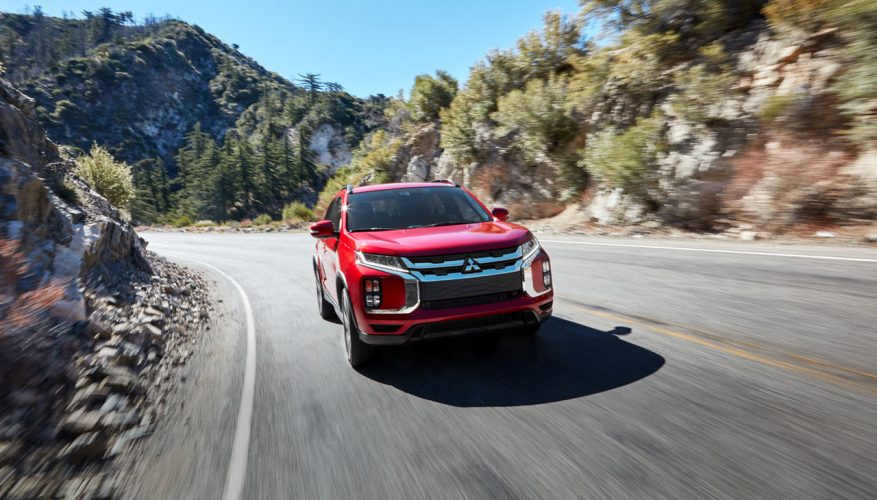 The RVR was early into the subcompact crossover SUV market, arriving way back in 2010 when its only competitors were the Honda Element, Jeep Compass and Patriot, Kia Soul, Nissan’s Cube and Juke, plus the Scion xB. It initially did very well, managing third in segment sales in its first full year and reaching top spot in 2013, but nine years of mild updates, other than a redesigned grille and lower front fascia for 2016, have caused middling results since.

Enter the 2020 RVR, a much more thorough refresh that not only revises the front end design to a near copy of the larger Eclipse Cross, but adds new standard LED headlamps and some really distinctive standard four-lens LED daytime running lamps, plus a stylish chrome front fender “vent” butting up against the front doors at each side, while modified rear end styling includes a fresh set of standard LED taillights over a fancier bumper treatment in back. All said, the highlight of the upgrades include a refreshed interior featuring an 8.0-inch centre touchscreen.

The new RVR, dubbed Outlander Sport in the US and ASX in Europe as well as some other global markets, was first introduced at the Geneva motor show last March before arriving in Canada now, and along with the more eye-catching design is actually a better value than last year’s model.

Additionally, Mitsubishi now makes its advanced All Wheel Control (AWC) all-wheel drive system easier to afford by including it as part of a new ES AWC trim starting at just $25,498.

The SE AWC, which starts at $27,998, swaps out Mitsubishi’s 2.0-litre four-cylinder engine for a larger 2.4-litre mill, upping output from 148 horsepower and 145 lb-ft of torque to a formidable 168 horsepower and 167 lb-ft of torque, while also including LED fog lamps. Of note, all RVR trims include a standard fuel-efficient continuously variable transmission (CVT).

Next in line is SEL AWC trim at $29,798, which ups the wheels from 16-inch alloys to new 18-inch aluminum rims while adding soft, plush microsuede to the upholstery. Alternatively, the $30,798 Limited Edition AWC (previously called Black Edition) adds a black headliner, a heatable steering wheel, and a centre console kneepad with red stitching.

The black headliner and heated steering wheel are also included with the top-tier $33,998 GT AWC (the “GT Premium” name has been discontinued), plus a new chrome beltline moulding.

“RVR is our number one selling nameplate,” commented Juyu Jeon, president and CEO, Mitsubishi Motor Sales of Canada, Inc. “As an entry-level SUV, RVR has done the important job of introducing new customers to the brand and these customers are staying and growing with Mitsubishi Motors. We believe with its new bold, rugged look, Canadians will want to revisit why RVR has become a Canadian favourite for Mitsubishi.”