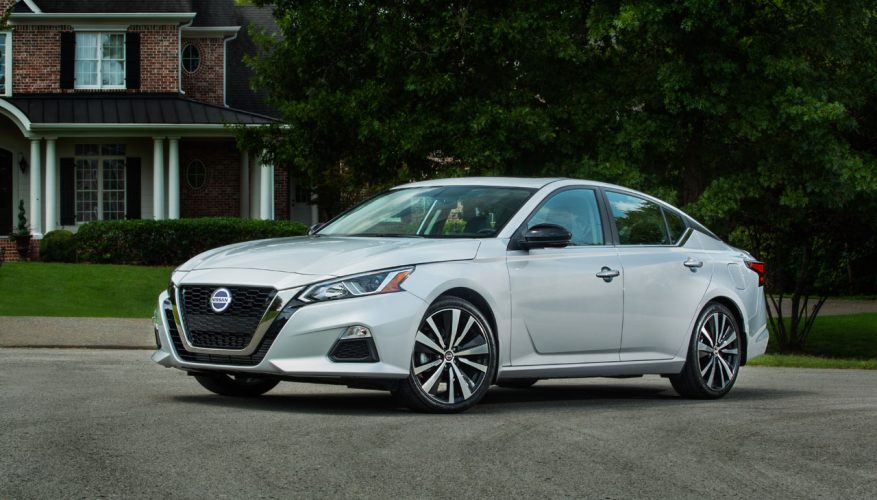 Let’s be clear, mid-size family sedans aren’t exactly selling as well as they used to. Nevertheless, this category still represents one of the largest market segments in the auto industry, so it hardly make sense to abandon it despite falling sales.

Then again, such is what Ford recently announced with the upcoming cancellation of its Fusion sedan, a car that was once a thorn in the side of key rivals that still include the Toyota Camry, Honda Accord, and yes this Nissan Altima, amongst others.

The Altima sits third in the U.S., yet placed only sixth in Canada at the close of 2017, beaten by that Fusion despite it being on death row, plus the Chevrolet Malibu and Hyundai Sonata. For reasons having nothing to do with this fully redesigned sixth-generation 2019 Altima, as the new car hasn’t gone on sale yet, the current model’s year-to-date Canadian sales as of August 2018 have boosted it to fifth out of 11 mid-size family sedan competitors, and its 4,323 deliveries are getting mighty close to the Malibu’s 5,054 and Fusion’s 5,622. Could this new redesign push Altima sales into third here too?

The new 2019 Altima certainly has a lot going for it. First off, Nissan just announced a competitive price of $27,998 plus freight and fees for the base Altima S, which while a tiny bit more expensive than the Camry’s $27,850 retail sticker, and somewhat more than the Accord’s $26,590 MSRP, the 2019 Altima comes standard with all-wheel drive, a feature that’s only otherwise standard with the Subaru Legacy and rarely even optional with mid-size sedan rivals—AWD is only optional with the aforementioned Fusion, and therefore we should now appreciate that its availability will hardly be permanent. Nevertheless, standard all-wheel drive makes a great deal of sense in most of Canada, as it combines the safety of all-weather traction with improved performance.

Named Intelligent AWD, the Altima system utilizes an advanced torque split design that automatically distributes power from 100 percent up front and zero at the rear, all the way to an even division of 50 percent front to rear. The bias depends on road conditions and resulting wheel slippage, with the default system being front-wheel drive to save on fuel and reduce emissions. Nissan claims its new Intelligent AWD works seamlessly with the Altima’s standard limited-slip differential too, as well as its Hill Start Assist system.

Performance in mind, the 2019 Altima comes standard with a 2.5-litre four-cylinder engine good for 182 horsepower and 178 lb-ft of torque, which is a 9 horsepower and 3 lb-ft increase over the engine it replaces. Reportedly it’s smoother, quieter, and more efficient than the outgoing four-cylinder too, while the revised Xtronic CVT gets an expanded lock-up area for improved fuel economy, plus paddle shifters are available.

Speaking of available, the new Altima comes in three trims, starting with the aforementioned S model, which is followed by the SV for $31,498, and the Platinum for $34,998. Additionally, a 250-example limited-production launch version dubbed Edition ONE gets unique design elements such as special 19-inch alloy wheels, a rear spoiler, an Edition ONE exterior badge, illuminated kick plates, and floor mats with the Edition ONE logo, along with Platinum model’s standard feature set, and will be available for the 2019 model year only at a price of $35,998, while freight and PDI will be $1,795 for all Altima trims. To find out all the 2019 Altima pricing details, including dealer invoice pricing and rebate info that could save you thousands, check out CarCostCanada.com.

As for styling, the new 2019 Altima’s exterior design speaks for itself, and most should find its assertive new face to their liking. Its predominant feature is a go-big-or-go-home version of the brand’s Vmotion 2.0 grille, surrounded by those sleek new LED headlamps mentioned earlier, while the rest of the car portrays an athletic stance from front to back.

Inside, the look is clean and contemporary, while Nissan promises more premium materials used throughout. A highlight feature includes what the automaker calls a “wide ‘gliding wing’ instrument panel – which accentuates the exterior’s low cowl and hood, helping create an open, airy environment.”

The 2019 Altima will go on sale this coming November at Nissan dealers across Canada.