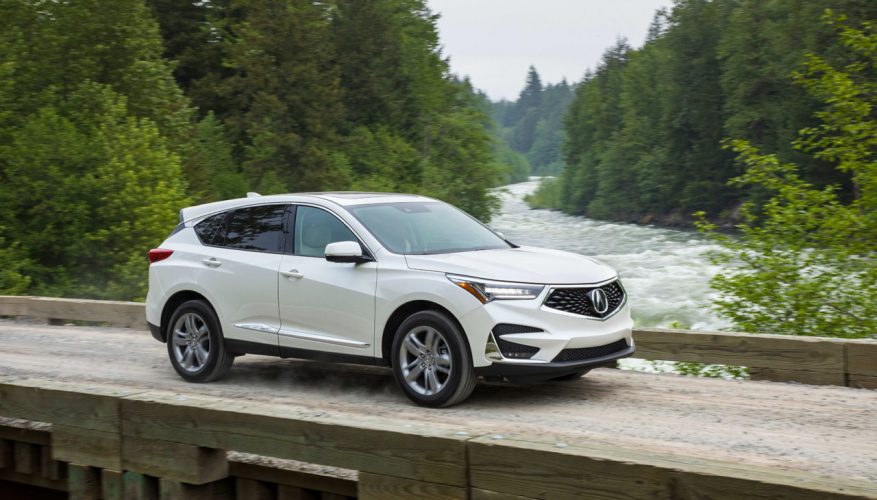 The 2019 Acura RDX just received the best safety rating of any vehicle in its compact luxury SUV segment from the Insurance Institute for Highway Safety (IIHS), as well as the highest award possible from the U.S. government agency.

The 2019 RDX achieved a Top Safety Pick+ rating due to a best-possible ranking of “Good” in all crash tests, while standard AcuraWatch advanced driver assistance/safety systems helped it earn a “Superior” rating, plus it received another Good score for its optional headlights.

“The 2019 Acura RDX excelled in our six crashworthiness evaluations, including the roof strength test,” stated the IIHS in a press release. “Our testing apparatus applied over 21,000 lbs of force to the RDX’s roof before it crushed 5 inches. That’s more than 5 times the weight of the vehicle.”

In comparison, the competitive Mercedes-Benz GLC also received Good marks in crashworthiness, but its Superior optional headlight rating was down one notch on the IIHS scale, plus the German competitor only managed an Acceptable rating for the ease of use of its child seat “LATCH” anchors compared to the RDX’ ideal Good rating. Worse yet, the BMW X3 only received at Marginal rating for its child seat anchors, although did well in all other tests.

“The 2019 Acura RDX offers the highest level of standard safety and driver-assistance features in its class, so earning class-leading safety ratings is a strong proof point of the technology and design innovation we’re bringing to the game,” said Jon Ikeda, Acura vice president and general manager.

To earn the 2018 Top Safety Pick+ award, a vehicle must achieve Good ratings in the driver-side small overlap front, moderate overlap front, side, roof strength and head restraint tests, as well as an Acceptable or Good rating in the passenger-side small overlap test. Additionally, the top rating requires available front crash prevention that earns an Advanced or Superior score, plus available Good-rated headlights. The RDX’s base headlights are rated Good, while the curve-adaptive headlights added to its top-line trim are rated Acceptable.

The RDX was completely redesigned for the 2019 model year, and thanks to a positive response from long-time owners trading up from the outgoing model and new customers to the Acura brand, it was the best-selling vehicle in its compact luxury SUV class during its first month of availability in June. The RDX has long been one of the segment’s top sellers, dueling it out over first place with the Audi Q5 for nearly a decade, and this new redesign should certainly keep it ahead of most peers.

Along with appealing design and quality that surpasses many of its rivals, the new 2019 RDX continues to deliver plenty of value to its luxury clientele. Priced at $43,990 plus freight and fees (detailed pricing covering each trim line, options, dealer invoice prices and rebate information can be found at CarCostCanada.com), the redesigned Acura features a new turbocharged and direct-injected 2.0-litre four-cylinder engine good for 272 horsepower and 280 lb-ft of torque, which is similar in power to the outgoing 3.5-litre V6 although delivers better straight-line performance due to 40 percent more low-end torque.

This advantage is complemented by the compact luxury SUV segment’s only 10-speed automatic transmission that simultaneously improves acceleration and fuel-efficiency, allowing the RDX to continue outperforming many key challengers.

The new RDX rolls on a brand new Acura-exclusive body and chassis architecture that’s much more rigid and therefore provides better handling and crashworthiness than the outgoing model. It’s also 78 mm longer with a 65-mm gain in wheelbase, the latter making a major difference to rear seat roominess, 46 mm wider, and 31 mm taller than the model it replaces. Still, despite its increased dimensions, the new RDX is only 86 kilos heavier, which aids aforementioned fuel economy and performance.

Along with greater interior comfort, the RDX’ increased size provides 142 litres more cargo volume behind its 60/40 split-folding rear seatbacks and 82 additional litres when the 60/40-split second-row is lowered via handy cargo wall-mounted levers, while the load floor is flatter and therefore better for hauling items that might otherwise tip over.