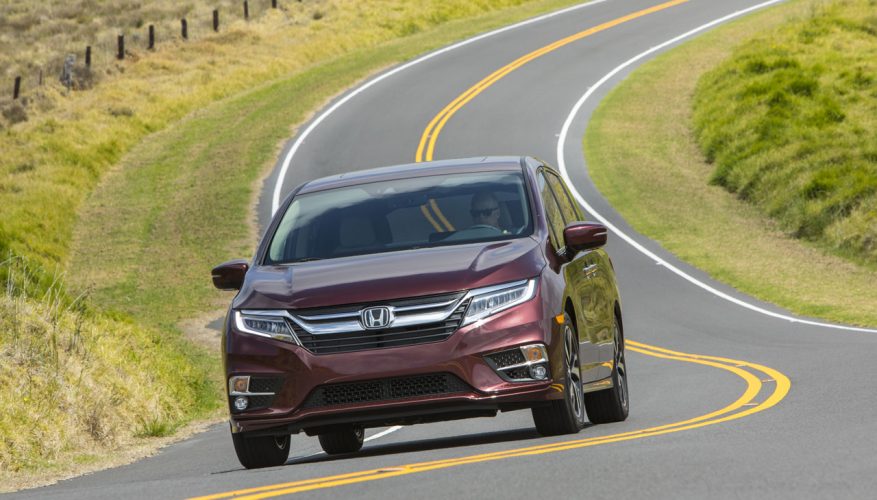 Just in case you missed the July issue of Parents Magazine and a concurrent posting in Edmunds.com, the conjoined publications recently named the 2018 Honda Accord and Odyssey to their “10 Best Family Cars 2018” list.

The Accord and Odyssey, both redesigned for the 2018 model year, were chosen from 300 new vehicles after taking into account “safety ratings, car seat installation and other family-friendly features,” stated a press release from Honda.

Along with its family-oriented attributes, the 10th-generation Accord offers today’s consumer a much more modern and more premium take on the mid-size sedan, while providing a thoroughly reimagined interior with greater spaciousness, comfort and refinement, not to mention much more advanced infotainment.

The previously base 2.4-litre four-cylinder and upmarket 3.5-litre V6 engines are now gone, replaced by a duo of turbocharged and direct-injected fours displacing 1.5 and 2.0 litres. The smaller engine makes 192 horsepower and 192 lb-ft of torque, while the new 2.0-litre four produces 252 horsepower and 273 lb-ft of torque. A six-speed manual transmission can still be found mated to the base engine in lower trims, but most customers will opt for the continuously variable automatic transmission (CVT) that is available across the line and comes standard in upper trims, whereas the new top-tier 2.0-litre features an all-new 10-speed automatic that Honda says is a first for front-wheel drive cars.

With ever-rising gasoline prices affecting budgets, families will be especially happy with improvements made to the Accord’s fuel efficiency, thanks to the base engine rated at 8.9 L/100km in the city, 6.7 on the highway and 7.9 combined when mated to the manual transmission, or 7.9 city, 6.3 highway and 7.2 combined when the same engine gets matched to the CVT. This compares to 10.4 L/100km city, 7.4 highway and 9.0 combined for last year’s four-cylinder and manual combination, whereas the outgoing CVT-equipped 2017 Accord was claimed to achieve 9.2 city, 6.9 highway and 8.2 combined.

Additionally, the all-new Honda Accord Hybrid gets a highly advanced two-motor hybrid-electric powertrain capable of a claimed 5.0 L/100km in the city, 5.1 on the highway and 5.1 combined, making it one of the most economical large family vehicles available today.

The fifth-generation Odyssey is also new for 2018, and like its predecessors it’s raised the minivan bar when it comes to performance, interior quietness, family-friendly cabin space, comfort, and in-car connectivity.

The 2018 Odyssey’s bevy of intelligent family-first features were named as reasons for it winning a 2018 ALG Residual Value award, which means Odyssey customers have a much better chance of retaining more of their investment over three years of ownership than buyers of competitive minivans. Just as notable the 2018 Accord won its class as well, with the subcompact 2018 Fit hatchback taking home the ALG honours amongst small cars.