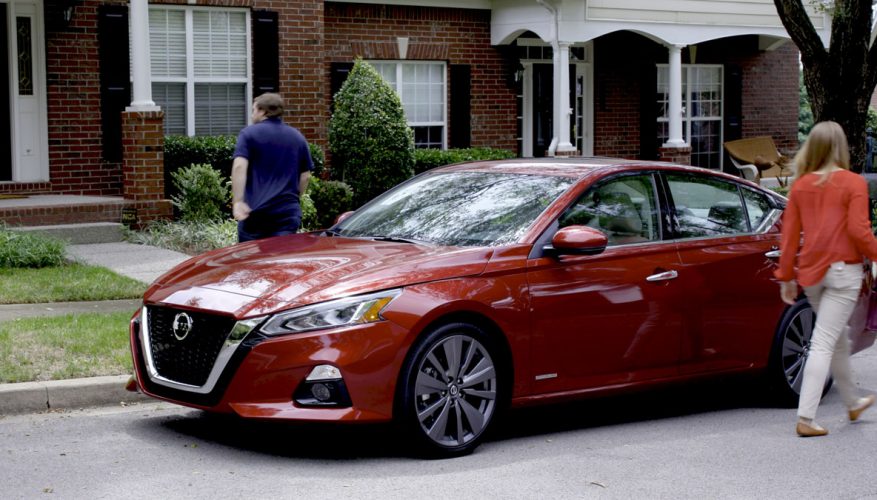 Last year Nissan announced its new “Rear Door Alert” (RDA) technology would soon be available on the 2018 Pathfinder, and now the Japanese automaker has added to that news by announcing the system will be expanded to yet more models, and eventually to all four door Nissan vehicles.

Along with the three-row Pathfinder mid-size SUV, which was an obvious first choice for the brand considering it’s most likely to be purchased by families with children and pets, Nissan will introduce its RDA tech to the upcoming 2019 Rogue compact SUV and all-new 2019 Altima mid-size sedan. By model year 2022, Nissan will further expand the RDA offering to include “all four-door trucks, sedans and SUV nameplates,” according to a press release.

“I’m proud to see Nissan lead the way by making Rear Door Alert standard on more models,” said Marlene Mendoza, one of the Nissan mechanical engineers responsible for creating the new technology. “What started as a chat with my colleague, Elsa Foley, is now innovative technology being adopted in more Nissan models. It is a testament to Nissan’s culture.”

Rear Door Alert begins monitoring the rear door switches as soon as the SUV is unlocked, and if a back door has been opened and then closed again it retains the “memory” for later when the driver arrives at a destination and turns off the engine.

When parking a vehicle with the RDA system installed, an alert will show up on the primary instrument cluster’s multi-information display informing the driver not to forget whatever was previously placed in the back seat. If this prompt is ignored, by the vehicle’s rear doors not being reopened after the driver’s door has been closed, the horn will deliver a series of short, distinct chirps to get the driver’s attention.

As we’ve all learned from saddening news of child and pet fatalities due to being left in the back seats of cars, the temperature inside of a parked vehicle can increase to dangerous levels quickly on a warm day. The U.S. National Highway Traffic Safety Administration (NHTSA) recently noted that even moderate outside temperatures of about 15 degrees Celsius, can quickly heat up to more than 43 degrees Celsius inside a car.

“The idea is if you open a rear door, whether to put a child or a package in the rear seat, the vehicle will help alert you when you get to your destination that you may want to check the rear seat,” added Mendoza. “We’ve built in enough time that you don’t have to rush, but if you don’t open the rear door again when you get out of the vehicle, we want to think for a moment about what you may have put in the back seat.”

Of course, many Nissan owners don’t have children, aging parents or grandparents, pets, or anyone else that shouldn’t be left behind, so therefore it’s possible for customers override Rear Door Alert completely or merely limit the reminders to the instrument cluster alone.

“The idea was inspired when I accidentally left a pan of lasagna in the back seat of my car overnight,” added Mendoza, who is a mother of three, and was pregnant when struck with the concept. “The worst thing was the car smelled for days, but it made me ask myself, ‘What if I left something far more important back there?’”

Of note, General Motors introduced something similar to the RDA system called “Rear Seat Reminder” with the 2017 GMC Acadia, and has been rolling out the system on other models since then. This said Nissan’s RDA should be even more effective than GM’s, because the Acadia gives no warning once its driver has left the vehicle.