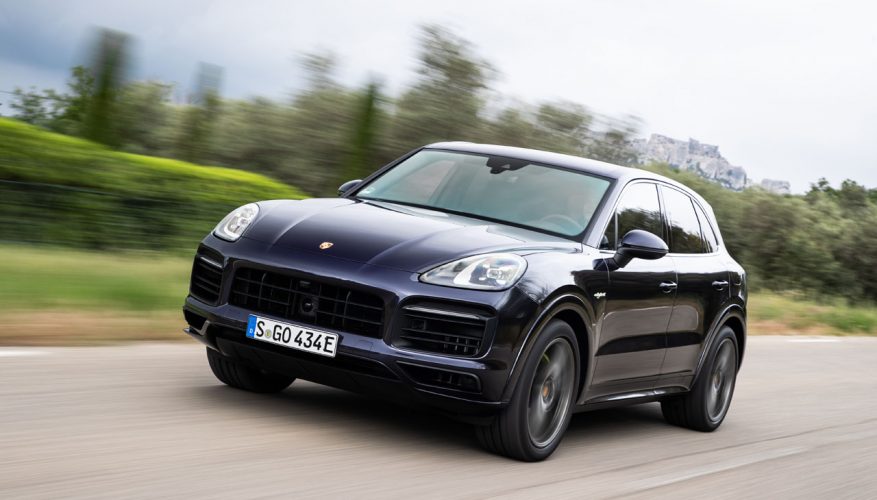 Hybrids are boring. Such has been the steady mantra from performance enthusiasts since Honda and Toyota started pairing gasoline engines with electric motors back at the turn of the century.

Plenty of automakers have joined the fray over the past two decades including Porsche, which introduced its first modern-day hybrid in the 2011 Cayenne, and after that in the 2012 Panamera (auto history buffs would point to the 1899 Lohner-Porsche as the first hybrid ever).

With these two models, and subsequent E-Hybrid replacements, Porsche helped to eradicate the “hybrids are boring” claim, and then totally crushed such rhetoric with the German luxury brand’s first plug-in hybrid, the mighty 918 Spyder that sprints from zero to 100km/h in just 2.5 seconds, can reach a top speed of more than 340 km/h (211 mph), and currently holds the fastest Nürburgring Nordschleife time for a hybrid, not to mention the fourth quickest lap overall. Boring? Hardly.

Last year Porsche adapted the 918 Spyder’s plug-in hybrid technology to a model that more of us could enjoy, the redesigned Panamera E-Hybrid, and now it’s done so to the most popular model in its lineup: Meet the new 2019 Porsche Cayenne E-Hybrid.

The most noticeable difference is straight-line acceleration, which sees the new Cayenne E-Hybrid hit 100km/h from standstill in just 5.0 seconds, carving 0.9 seconds out of its predecessor’s sprint time, while the 2019 model’s 253 km/h top speed is 10 km/h faster than the outgoing SUV. This means it’s the quickest Cayenne not wearing the “Turbo” badge off the line, beating the Cayenne GTS to 100km/h by 0.2 seconds.

As important in this luxury class is smooth, linear power delivery, which has been achieved by sandwiching the electric motor between the internal combustion engine (ICE) and transmission, just like Porsche did with the much-lauded Panamera E-Hybrid.

A state-of-the-art liquid-cooled 14.1-kWh lithium-ion battery pack, stored below the cargo floor in back, powers the electric motor. Despite being identically sized to the outgoing battery, the new pack provides approximately 30-percent more energy for up to 44 km of pure electric propulsion on a single charge, or so claims the NEDC European test cycle. Being that Natural Resources Canada’s rating system is less optimistic we can expect an estimated range closer to 35 km. Either way, the new model shows significant improvement in EV capability, being that the outgoing Cayenne S E-Hybrid’s 10.1-kWh battery only gave it 23 km of EV range.

According to Porsche, a fully drained battery will only need 2.3 hours with a 230-volt, 32 amp connection and optional 7.2 kW onboard charger, although the standard 3.6 kW charger will require 7.8 hours to fill from empty when plugged into a 230-volt/10-amp connection.

And what about fuel economy? Plug-in hybrids are notoriously difficult to quantify by the usual methods due to their ability to be driven without the need of gasoline at all, but nevertheless Porsche is touting an average of about 3.5 L/100km in combined city/highway driving.

Design differences between the E-Hybrid and other Cayenne trims are minor, with the new PHEV featuring the same Acid Green badge outlines and brake calipers as the current model, while those bright green accents can be found under the hood surrounding the metal plaque atop the engine cover, and also continue inside the SUV, particularly on the E-Hybrid’s tachometer needles and Sport Chrono dial. On the topic of instrumentation, unique battery pack charging and rate of depletion info can be found on the Cayenne E-Hybrid’s gauge cluster and centre infotainment display.

This brings up standard equipment, with the just-noted Sport Chrono package part of the base Cayenne E-Hybrid feature set that also includes six adjustable driving modes for maximizing efficiency, performance, comfort or moods in between.

The Cayenne E-Hybrid also has the option of the first head-up display system incorporated into a Porsche, which projects full-colour readouts of the SUV’s speed, engine revs and navigation information on the windshield ahead of the driver.

Porsche InnoDrive is new as well, the available feature taking adaptive cruise control to the next level by combining real-time traffic info up to 2.9 km ahead and navigation map data, such as speed limits, to preselect gearing and optimize engine/motor power delivery.

Cayenne E-Hybrid pricing will start at $91,700 before freight and fees, while initial deliveries are scheduled for spring of 2019.