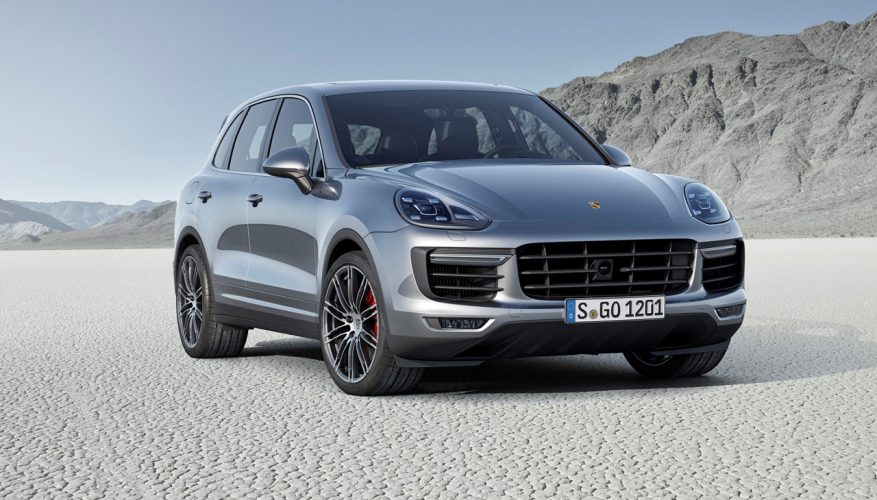 CBB once again awarded the Panamera four-door coupe with its most coveted prize in the “Premium Luxury Car” category, resulting in its fifth consecutive title, and did likewise for the Cayenne sport utility in the “Midsize Luxury SUV”, which has won the award three years in a row.

“We are delighted to accept the Overall Brand – Luxury and the two model awards from Canadian Black Book,” said Marc Ouayoun, President and CEO, Porsche Cars Canada, Ltd. “These acknowledgments by the leading authority reinforce the value retention of our product line which ultimately benefit our customers.”

This means if you purchase a Porsche 718 Cayman, 718 Boxster, one of the many 911 models, or a Macan SUV, plus of course the Panamera and Cayenne that won their categories, you’ll have a better chance of holding onto more of its value over four years than a given competitor, unless that challenger won its segment in this year’s Best Retained Value Awards.

To clarify, the 718 Boxster two-seat convertible took home CBB’s “Premium Sports Car” category last year, but this year the honours went to the Chevrolet Corvette, with the Boxster coming in second and the Porsche Cayman rounding out the top three spots, an impressive showing for Porsche just the same.

On that note, other premium nameplate winners included the Mercedes-Benz CLA-Class for best “Entry Luxury Car” (a category Porsche doesn’t compete in), the Lexus GS Series for best “Luxury Car” (ditto), the Mercedes-Benz GLK-Class (now replaced by the GLC-Class) for best “Compact Luxury Crossover/SUV”, with the Macan not even showing up in the top-three that’s otherwise filled out by the new Audi Q5 in second and Range Rover Evoque in third, and finally the Mercedes-Benz G-Class for CBB’s “Full-size Luxury Crossover/SUV” category (that also has no Porsche competitor).

Of note, the Panamera had to overcome strong challengers in order to win the “Premium Luxury Car” category, including the second-place Mercedes-Benz S-Class and third-place Mercedes-Benz CLS-Class, while the Cayenne muscled out the Lexus GX 460 and Lexus RX 350 to take home this year’s title.

“If you are the owner of one of these award winners and hold a loan or in some cases even a lease for the vehicle, you could be in a better position when it comes time to get into a new vehicle,” says Brian Murphy, VP Research and Editorial, at Canadian Black Book. “High depreciation, the single most expensive cost of owning a vehicle, can be a back breaker, especially if you are in a long-term loan, holding many consumers in negative equity where their vehicle is worth less than the outstanding amount due on the loan for almost the entire term of the loan”

All said the future might not be as positive for retained values overall as the last four years were, whether discussing Porsche or its competitors.

“What a great year for retained values,” commented Brad Rome, President, Canadian Black Book. “That said, the feeling is that we are getting close to the turning point where values are going to begin to retreat.  Market conditions, most notably the increase in supply in the U.S. and Canada is expected to put downward pressure on prices moving forward.”