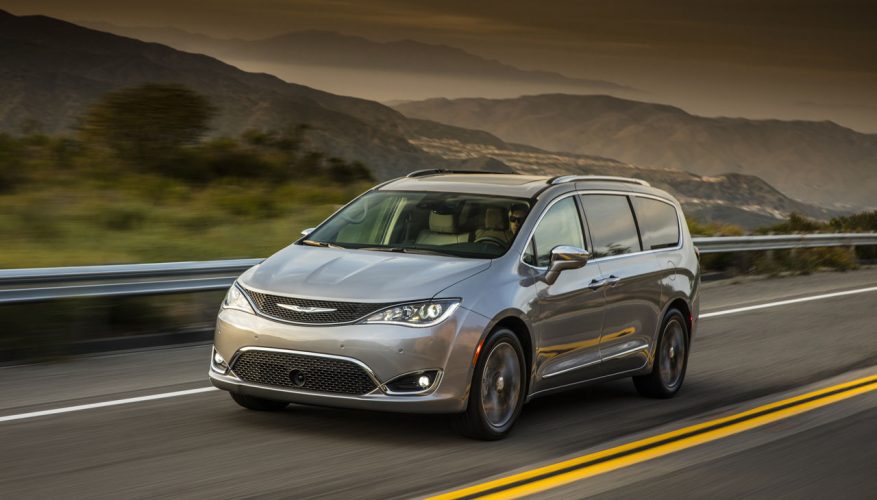 After taking home the award for Best Large Car in the Automobile Journalist Association of Canada’s annual Car and Truck of the Year program in January, beating the refreshed Mazda6 and thoroughly redesigned Toyota Camry in the process, the Accord has now been named 2018 Canadian Car of the Year.

“We’re thrilled to declare the Honda Accord to be the Canadian Car of the Year for 2018, and the Chrysler Pacifica to be the Canadian Utility Vehicle of the Year,” said AJAC President Mark Richardson. “They’ve both been decided through the most vigorous system of testing possible by AJAC’s automotive professionals. They’re both deserving of being considered the very best vehicles you can buy in 2018.”

The latter award might be the more important of the two, being that trucks, SUVs and vans now make up the majority of new vehicle sales in Canada. Of note, the Canadian-made Pacifica not only beat out its “Best Minivan” category competitors to earn the coveted award, but also scored higher than other category winners.

“There’s an extra air of significance when one of our homegrown products wins a domestic award,” said Reid Bigland, President and CEO, FCA Canada. “Chrysler Pacifica’s recognition as 2018’s Canadian Utility Vehicle of the Year reinforces its position as the most awarded minivan of the last two years, and provides important third-party validation for the exclusive suite of versatility, style, safety and technology that it brings to Canadians.”

The redesigned Accord also had its share of challengers, including the Volkswagen e-Golf that achieved “Best City Car” over the Hyundai Ioniq Electric and Nissan Micra, Mazda3 that earned “Best Small Car” over the Chevrolet Bolt EV and Hyundai Ioniq Hybrid/Electric Plus, Jaguar XE that took “Best Small Premium Car” honours over the Alfa Romeo Giulia and Infiniti Q60, Volvo S90/V90 that overcame the Genesis G80 and Lexus LC to win the “Best Large Premium Car” title, Volkswagen Golf R that won “Best Sports/Performance Car” over the Honda Civic Si and Honda Civic Type R, Jaguar F-Type that achieved “Best Premium Sports/Performance Car” over the Porsche 718 and Porsche 911, and finally the Mercedes-Benz SL that won “Best Convertible” over the Mazda MX-5 and Porsche 718 Boxster.

“We’re honoured and humbled to receive this recognition from a group of respected automotive journalists in Canada,” said Jean Marc Leclerc, Senior Vice President of Sales and Marketing at Honda Canada. “We’re both proud and thankful for all of our associates who supported the production and development of this vehicle and for our passionate customers who have supported the Accord for the past forty years.”

To qualify for entry a vehicle must be entirely new or significantly updated, and the winners were not only up against the challengers noted, but other offerings that didn’t make the “finalists” cut in December.