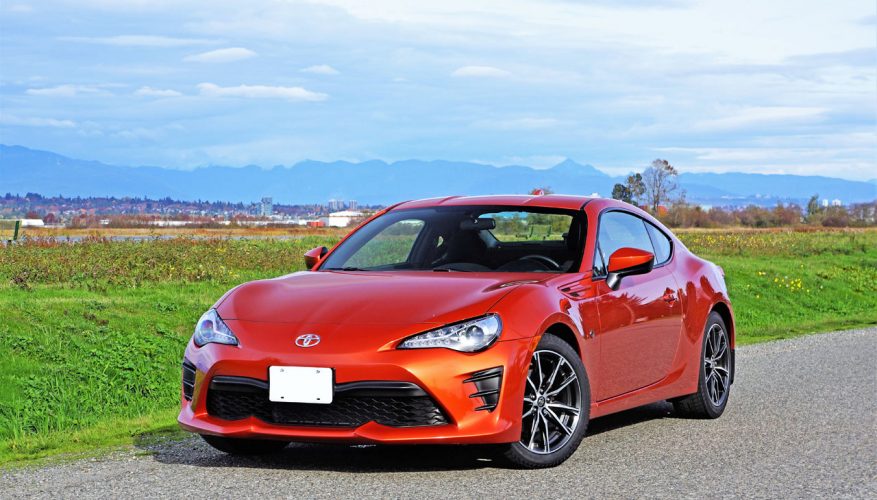 The Japanese brand’s youth-oriented sub-brand was an interesting project. It was more successful for longer in the U.S., particularly California where it was initiated and headquartered in 2003. Compared to Ford Motor’s Merkur brand (1985–1989) and GM’s Geo (1989–1997)-the General did better with Saturn (1985–2010)-a fourteen-year run is pretty good as far as marketing projects go, the cars it sold only rebranded versions of global Toyota models after all.

It therefore made perfect sense to give the outgoing FR-S a version of its global GT86/FT-86 moniker, the “86” portion of the name paying homage to the now classic rear-drive Corolla GTS/AE86 that’s still tearing up racetracks around the world. This said I’d rather have seen Toyota combine old and new by coining FR-86, being that they don’t have the rights to use the GT86 name here (exclusive to Europe and New Zealand), and FT-86 (only available in Jamaica and Nicaragua). FR-86 makes a bit more sense, but I wasn’t on that marketing panel so I can only wonder what went down within Toyota’s inner circle. As it is, 86 is the name given to the car in Asia, Australia and South America, and we being part of the Americas get the simpler nameplate.

Enough about renaming misnomers, most FR-S/86 fans won’t care all that much about what it’s called, and those purists that give a damn have long been replacing Scion logos with Toyota crests along with chromed FR-S lettering for stylized GT86 badges. They’re already doing the same here in North America, so Toyota continues to inadvertently help online aftermarket vendors trying to make a little extra coin servicing this ultra-niche market.

What matters more is the 2017 model’s mid-cycle refresh, a subtle but effective update of a car that had become slightly stale despite still being one of the prettier sports coupes on the market. The big differences to styling come up front, its headlights now incorporating de rigueur full LED elements with LED turn signals, and its lower fascia integrating a more organically stylized centre intake with a black mesh insert, plus new triangular-shaped black straked corner “vents” to each side, which are really bezels for fog lamps available from the accessories catalogue or Special Edition upgrade.

Ironically, Toyota has removed the circular 86 badge from each of the FR-S’ rather complex front fender engine vents and replaced them with a sleeker more minimal design, while at the back it’s all about new LED taillights. Lastly, new standard 17-inch alloys round out the package.

Toyota has upgraded the new 86′ interior over the outgoing FR-S with more soft synthetic surfaces across the dash top and instrument panel, plus fancy ultra-psuede door uppers, as well as attractive new fabric upholstery featuring black side bolsters with white contrast stitching and grey inserts. There are plenty of satin-silver accents throughout the cabin too, while the old Pioneer-sourced 6.1-inch infotainment touchscreen gets new Toyota-branded graphics and integrates a backup camera, USB integration, Bluetooth phone and streaming audio, plus more.

Call it a 2+2, but the rearmost seats are designed more for two 0.5-sized adults or kids, which is par for the course in the compact coupe class. Rather than look at the glass half full, it’s best to appreciate the additional passenger and cargo possibilities offered by the 86′ rear quarters over convertible competitors like Mazda’s MX-5 or Fiat’s 124 Spider, which are solely two-place prospects. I once had a friend show me how he was able to store four racing wheels on slicks with the rear seats of his FR-S folded, which simultaneously told me as much as I needed to know about the car’s practical aspects and performance prowess. The 86, incidentally, gets the same 196-litre (6.9 cubic-foot) trunk as the FR-S, plus its non-split folding rear seatback.

At the heart of that performance-focused ideal, which is really the 86′ raison d’être, the updated model gets a mildly revised version of the FR-S’ Subaru-sourced 2.0-litre horizontally opposed “boxer” four-cylinder. A tweak here and mod there has allowed for a minor bump from 200 horsepower to 205 and 151 lb-ft of torque to 156, but only six-speed manual (6M) equipped cars get the upgrade, along with a revised rear differential for quicker launches from standstill up to speed. Those fitted with the paddle-actuated six-speed automatic (6A) featuring rev-matched downshifting via Toyota’s “Dynamic Rev Management” system, as was the case with my Hot Lava painted tester, carry forward with the unmodified engine, albeit both now include standard hill start assist.

I already drove and reviewed a new 2017 Subaru BRZ with the manual and therefore experienced the same performance boost, which is more about where in the rev-range that power and torque gets applied than noticeable increases in output. The extra mid-range punch would’ve helped the autobox, but alas no such luck. As noted the 86 6A included paddle shifters behind the ideally formed leather-wrapped steering wheel, something I usually appreciate in everything from sport-luxury sedans and SUVs to sports cars like this, if the automatic or dual-clutch gearbox they’re hooked up to shifts crisply enough to feel performance-oriented and holds its gears (i.e. not a CVT), but the optional automatic in the 86 is not as sporting as I prefer. The engine is willing, but the six-speed auto is a bit sluggish and therefore hardly exciting, even when set to Sport mode or its top performance Track setting. On top of this it doesn’t offer the same level of control as a manual, despite its downshift rev matching, negating the lively nature of this car. I understand some love the 86 just for its styling and appreciate its sublime handling yet would rather have the convenience of an automatic over the manual, but for me the manual is the only way to go in this car.

On the positive, the suspension gets retuned for both manual and automatic models, with revised damping that makes it smoother without hampering its edgy goodness. In fact, I’d say it’s better than the previous iteration, at least for real-world driving over fast-paced two-lane backroads where ruts and bumps often combine to unsettle more stiffly sprung setups. The 86 tracks nicely over such uneven pavement, proving near unshakable even through the roughest sections, while it continues to provide some of the most intricately detailed steering feedback in the industry. Yes, I still love this car, just not as much with the automatic gearbox.

On top of this the $32,555 Special Edition, which solely comes with the manual gearbox, adds fog lamps, a rear spoiler featuring black-painted accents, black side mirror housings, proximity-sensing keyless access, pushbutton ignition, a 4.2-inch colour TFT multi-information display with vehicle performance data, dual-zone auto climate control, leather upholstery, heatable front seats, and an alarm. That’s certainly the one I’d want to live with every day, but that’s not the one I was given to test.

As is understandable due to new standard features, the 86 adds $2,090 to last year’s base FR-S price tag, the new tally still below $30k for the manual at $29,580, or $30,780 for the auto, plus freight and fees. One thing to consider is the aforementioned BRZ, however, which was previously pricier yet can now be had for just $27,995. The two cars were developed side-by-side and use many of the same components, especially at the core, so keep both the Subie in mind when shopping, and for that matter throw in a visit to your local Nissan dealer for a look at the repositioned 370Z that starts at just $29,998 with its 332 horsepower V6 included.

In case you’re wondering, there are plenty of 2017 86 models still available across the country. So many, in fact, that Toyota hasn’t even introduced the 2018 model yet, and at the time of writing we’re well into December. Sadly, it’s not as big a seller as it used to be. Earlier this year both the MX-5 and 370Z passed right on by, and their deliveries haven’t slowed. And in case you’re wondering whether it’s just been a bad year for mainstream branded sports cars, the MX-5 has already achieved its best sales of this decade while the 370Z will likely beat last year’s high, while other sports cars certain to eclipse their highest sales totals in recent memory include the Ford Mustang, Dodge Challenger, VW Beetle, Chevrolet Corvette, and Fiat 124 Spider. The BRZ, like the 86, is seeing its sales slip slightly this year.

Toyota will want to improve the automatic transmission’s performance if they want to push sales higher, and for that matter add more than 5 horsepower to an engine that has long been criticized for a performance shortfall. I’m not in this camp, happy with the 86′ acceleration when hooked up to the manual and more than satisfied with its handling prowess, especially after this year’s upgrades, but apparently I’m in the minority.
©(Copyright Canadian Auto Press)
Car Shopping Tools