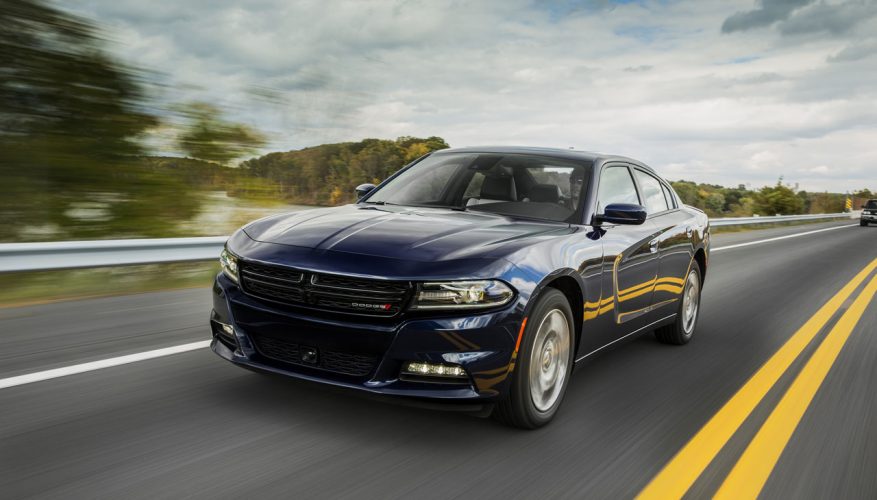 By: Alan Sidorov
Half a century ago, when the Big Three, Ford, GM, and Chrysler, ruled the North American markets, most vehicles were traditional front-engine, rear-wheel drive, and quite often equipped with thirsty V8 engines. In Australia, the full-size car market was dominated by Holdens (GM) and Fords, which competed on racetracks as well as in the showroom. I drove a Holden Commodore a couple of years ago, and was impressed by the vehicle’s overall capabilities. There was also a Vauxhall version in England, and to my mind these set a high watermark for reasonably priced, powerful rear-drive sedans.

My early racing years were spent overseas, and I had no real cultural reference to the muscle car era. However, I was one of the pro drivers giving rides around California’s Laguna Seca Raceway in Dodge Vipers during Cherries Jubilee, a massive muscle car and hot rod show. The effort and enthusiasm of the owners, along with the rumble of eight-cylinder iron (and 10 with respect to the Vipers), was enough to make it feel as though we were in a time warp. There are many North American vehicles for sale today that are considerably faster and more efficient than those muscle cars. However, we have a limited selection of powerful, front-engine, rear-wheel drive cars that have four doors and decent performance.

With the end of production of the Holden-based, U.S.-only Chevrolet SS, the lone holdout in terms of the classic four-door configuration is the Dodge Charger, which is assembled in Brampton, Ontario. I’ve spent quite a bit of time at Chrysler’s test grounds, including leading a driving team for an ambitions corporate culture change program. The Daimler takeover of the company, politely called a merger, was very much a mixed blessing, but it did leave Auburn Hills with some very useful Mercedes E-Class suspension bits, which in modified form are still used in a variety of Chrysler cars including the Dodge Charger.

The Chargers that I would normally choose to test are V8 powered, including the ferocious 707 horsepower Hellcat, so I had low expectations of the 300 horsepower 3.6-litre V6 in my most recent test vehicle, an SXT model with the optional Rallye group. This Dodge, after all, is a heavy car, too much so, but that can also be said of many pricier marques.

I pulled out of Vancouver, heading towards the mountains, and was impressed by the car’s overall composure through the twisty bits. The same was true of the drivetrain. I actually stopped in Squamish and popped the hood to make sure my model had the V6 motor. Rallye trim brings with it upgraded suspension, a sport setting, and a few more horsepower, all good for an enthusiastic driver who still needs four doors. You can also get a Super Track Pak, with a tighter suspension and a few more goodies, but that might be overkill for a big, bulky four-door sedan.

There’s a lot to like about the Dodge Charger, beyond drivetrain and suspension. The interior, while not luxurious, is well assembled, with good seats and a proper steering wheel, which helps keep hands comfortably at 9 and 3. The paddle shifters work well, and actually hold gears rather than up or downshifting regardless of driver input. The audio system and Uconnect infotainment screen are easy to use. Styling is clean, aggressive, and likely to age well, since there aren’t a lot of unnecessary louvres and vents. Overall, the Charger is anything but a penalty box.

Regardless of the future of the Fiat takeover, Chairman Sergio Marchionne and his team have had a very positive effect on the company. Just about every vehicle in the lineup seems to have been sent to finishing school. Ergonomics are better, as is quality control. Here’s the best part. My car, with the oddly named Rallye option, has a suggested price of $42,685, and right now there are some dealer incentives on 2017 models. Of interest for managing our winters is the optional all-wheel drive system, which will add $2,000 to the sticker. It is biased towards the rear wheels for better handling, and assuming a good winter tire choice should be quite an asset.

While the delinquent in us may long for the 707 horsepower Charger Hellcat, the V6 is lighter on its feet and therefore has better overall handling balance, especially on uneven road surfaces. Outside of the automatic gearbox and V6, the dynamics reminded me of that Vauxhall and Holden mentioned earlier. While old school in concept, this is a pleasant and capable sports sedan.
©(Copyright Canadian Auto Press)
Car Shopping Tools