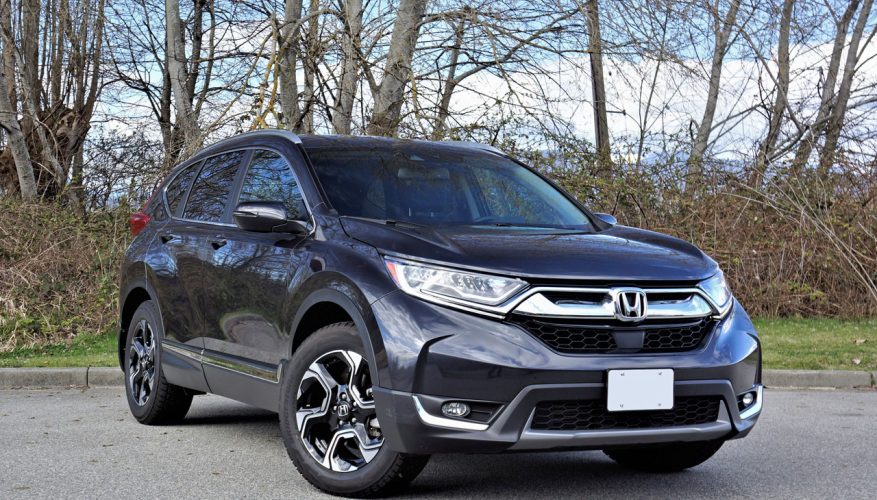 By: Trevor Hofmann
Can you guess the question I get asked most often? Sure I get plenty of queries about best supercars ever driven and safest cars for university-aged daughters, but more often than not people want to know which compact SUV they should buy. Whether I’m at home in Canada, across the Pacific at my second home in the Philippines, or traveling somewhere else, the theme never changes. Compact SUVs are popular everywhere, and making life easier the answer given most often is found on every continent too, Honda’s CR-V.

Of course, as good as the CR-V is I’m not going to recommend it to an off-road enthusiast, Jeep’s Cherokee (good for 295,081 global sales last year) a better bet within the directly competitive mainstream volume sector (hardcore Wrangler fans don’t need to ask-they bought 255,283 around the world in 2016), while performance SUV buyers looking for a premium brand might get sent to an Audi, Jaguar, Land Rover, Mercedes, or Porsche dealer, depending on budget and practical requirements. Those willing to forgo some performance and prestige yet still wanting a superb compact SUV for great value are recommended to visit their local Honda retailer to try out a CR-V.

When you arrive you’ll find a completely redesigned 2017 model facing you, and I for one think the updates are wholly positive. With respect to styling, Honda adds key visual elements from other recently redesigned models like the Civic, including a blunter more distinctively aggressive nose filled with uniquely jeweled signature LED headlamps in top-tier Touring trim, plus a strong chrome-enhanced grille that strikes right through those headlights, a bold lower fascia with integrated LED fog lamps, and very original looking taillights that combine both horizontal and vertical elements for increased visibility. Again, a classy chrome trim piece slashes through the rear lamps, while satin silver details out the lower bumper that’s now filled with sporty dual stainless exhaust pipes. Yet more bright metal enhances the look from front to back, the glimmering rocker mouldings making the SUV look longer and leaner than it would otherwise.

This fifth-generation CR-V rides on a totally new lightweight platform shared with the 10th-gen Civic, while its sole available powertrain is also pulled from Honda’s bestselling model. To be clear, only the U.S. and some other global markets get the slightly reworked 2.4-litre four, which has been nominally downgraded to 184 horsepower and 180 lb-ft of torque from 185 and 181 respectively, while our Canadian-spec CR-V comes standard with the more appealing 1.5-litre turbocharged four-cylinder. The more advanced engine makes 190 horsepower and 179 lb-ft of torque in the CR-V, resulting in spirited yet fuel-efficient performance, while its standard continuously variable transmission (CVT) is especially helpful for achieving the latter dynamic with an estimated five-cycle Transport Canada fuel economy rating of 8.4 L/100km city and 7.0 highway in FWD, or 8.7 and 7.2 respectively in as-tested AWD.

That powertrain makes the new CR-V one of the strongest performers in its compact crossover SUV class, second only to the Volkswagen Tiguan when comparing base trims. That said it’s only 10 horsepower short of a tie for first yet delivers significant savings at the pump, a tradeoff I’d be happy to make.

We also need to factor in the CR-V’s many other attributes, like its ideally balanced ride quality and road-holding, both improved over the previous generation that was already good, but I’ll need to get back to driving dynamics in a moment, because the new SUV’s roomier and more refined interior needs to be dealt with first.

Suffice to say Honda has enhanced the CR-V’s interior design and quality to similar levels as its superb new Civic, while the more comfortable SUV will fit larger occupants and more cargo. The entire vehicle has grown, with an extra 35 millimetres (1.4 inches) of width, height and wheelbase length, the latter increasing the rear seating area by 51 mm (2 inches) which results in greater rear legroom. The added height comes via significantly more ground clearance, the all-wheel drive CR-V raised from 170 mm (6.7 inches) to 208 mm (8.2 inches). While this makes it a better soft roader that’s more capable of traversing rocky or stump-strewn trails and snowy ski resort parking lots, it more importantly improves visibility while driving around town.

I’ve long praised the CR-V for a low lift-over height into the cargo area, which continues, as well as its auto-folding 60/40-split rear seatbacks that only need a tug on cargo area sidewall-mounted levers to lower, but the innovative convenience advantage seemed to encroach on rear luggage capacity in the outgoing model, leaving a reclining hump where the load floor met up with the base of those seats that made it difficult for some cargo to remain upright. This issue is resolved for 2017, with the handy levers remaining yet a completely flat and therefore much more utile load floor added, which is almost 254 mm (10 inches) longer than before and certainly much higher. By volume, cargo space behind the rear seats grows by about 56 litres (2 cubic feet) to 1,110 (39.2 cubic feet), and by approximately 140 litres (5 cubic feet) to 2,146 litres (75.8 cubic feet) when tumbled flat, resulting in best-in-class capacity. This would be my key reason for trading in the old CR-V for the new one, but if I stopped telling you about its many improvements now I’d be doing it an injustice.

The new CR-V is much more refined than the outgoing model too, with Touring trim raised to near premium territory. Seriously, Honda has even gone so far as to cover the top of the dash and door uppers in a beautiful padded and stitched leatherette, the rest of the dash top, upper half of the instrument panel, and most of the door panels done out in a high-quality soft touch synthetic. Other interior details worth noting include stunning matte woodgrain inlays that look and feel like the real thing, plus plenty of satin silver metallic surfacing. All switchgear is very well made too, featuring high-grade composite materials, nice tight fitment, and good damping. The steering wheel controls, for example, are easily best in class-even better than many premium brands.

The CR-V’s larger size really enhances interior roominess and comfort, particularly noticeable from side to side. The front seats are good for almost any body type, with the driver’s especially adjustable, while there’s room for three average sized adults in back.

In spite of its increased dimensions and considerably more accommodating interior, the new CR-V actually feels lighter, nimbler, and more fun to drive than the outgoing version. While Honda utilized more high-strength steel and alloys to increase structural rigidity, this allowing for a more compliant suspension setup yet better handling, the steering has been tuned for sharper turn-in as well, making it feel more responsive. The SUV’s enhanced solidity also makes it feel more substantive and quieter all-round, with more of that premium-like presence I spoke of earlier. The redesigned CR-V feels more planted at high speeds too, its steering requiring fewer corrections for a much more relaxing road trip experience, and the updated dynamic cruise control works a lot better than the old version as well. When activated it even helps keep you within your chosen lane, not only by the aforementioned autonomous driving technologies, but also by automatically adjusting for crowned road surfaces. It’s as if Honda has thought of everything, but of course that’s what it takes to remain number one in the auto industry’s hottest segment.

So here I am again, recommending you purchase a CR-V. At $26,890 plus freight and fees it should be affordable for most families, while my $38,290 Touring trimmed example is certainly competitive with its fully loaded peers while considerably less expensive than anything in the premium sector with similar utility and features. Then factor in that you’ll likely keep more of that investment after three years of ownership than with any competitor, a claim backed up by being top of its class in the latest 2017 ALG Residual Value Award, the third consecutive year it’s achieved this honour, as well as a first-place standing in the Vincentric Best Value in Canada Awards for six years in a row (which is the entire duration of the award), with the third-party analytical firm commending the CR-V for delivering “the lowest operating costs as well as the lowest total cost of ownership in its class.”

The Honda CR-V’s overall value proposition is unparalleled. So what are you waiting for?
©(Copyright Canadian Auto Press)
Car Shopping Tools