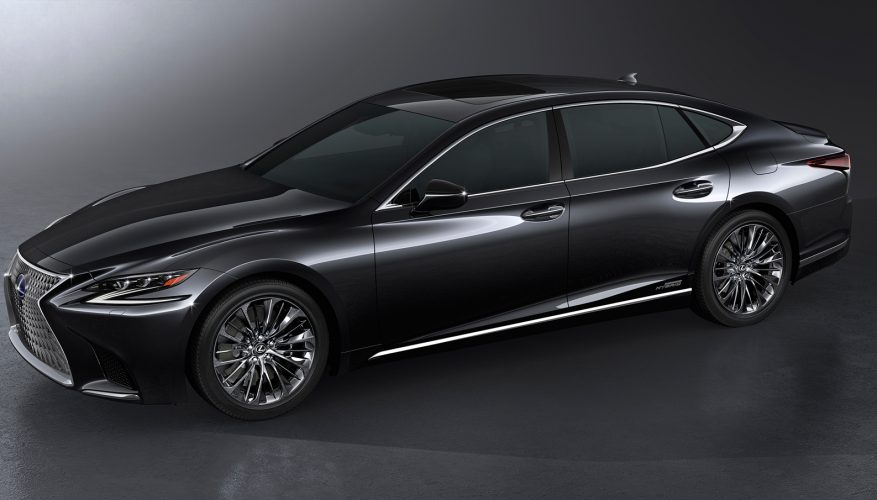 Toyota announced the new safety features in the Lexus LS in Japan this week calling it “the safest car in the world.” Toyota says “(the LS) aims to provide world-leading safety performance through the combination of two advanced Lexus safety systems.” The LS is a pre-emptive step for Toyota in its mission to end traffic casualties.

The two safety systems that have been integrated into the new LS are the “Lexus Safety System +” which is based on the Integrated Safety Management Concept. The idea being that instead of using individual safety technologies and systems independently they are instead integrated for a higher level of driver support. The second safety feature that has been incorporated into the new Lexus LS is the “Lexus Safety System + A”. This system is designed with “advanced pre-collision support and sophisticated driving assistance.” Pedestrian alert and active steering assist are Pre-Collision Systems (PCS) that are a world-first technology that works in four stages. In the first stage the car will recognize a pedestrian and assess the risk and direction in which they are moving. During the second stage, as the car gets closer to the pedestrian an alarm will sound and an animation will appear on the large colour high definition display. The third stage is that automatic brakes will be applied to try and stop the car from striking the individual. The final stage only happens if the car recognizes that a crash is imminent without further input from the driver. The LS will then automatically steer around the pedestrian preventing a crash.

Another innovative safety feature on the new Lexus LS is the driver emergency stop assist, which gets engaged when the driver takes their hands off the wheel for an extended period of time. The LS gets “worried” that something has happened to the driver and it engages the hazard warning lights, honks its horn and slowly decelerates until coming to a stop at which point it unlocks the doors and calls emergency services.

Toyotas Chief Engineer for Safety Technology Kiyotaka Ise reiterated in the presentation “there still remain wide differences in how OEMs define automated driving. The word automated driving should be handled carefully to avoid the hype that it means that drivers don’t have to do anything”. So despite all of the safety technology which by many accounts already classifies it as autonomous, Ise said that Toyota “does not wish to call this LS an automated driving vehicle, rather, we would like to define it as a vehicle equipped with advanced driver assist technologies that can pave the way toward autonomous driving.”

According to Toyota the technology in the Lexus LS will be incorporated into all Toyota vehicles starting in 2018. The new Lexus LS is expected to go on sale in Canada later this fall.