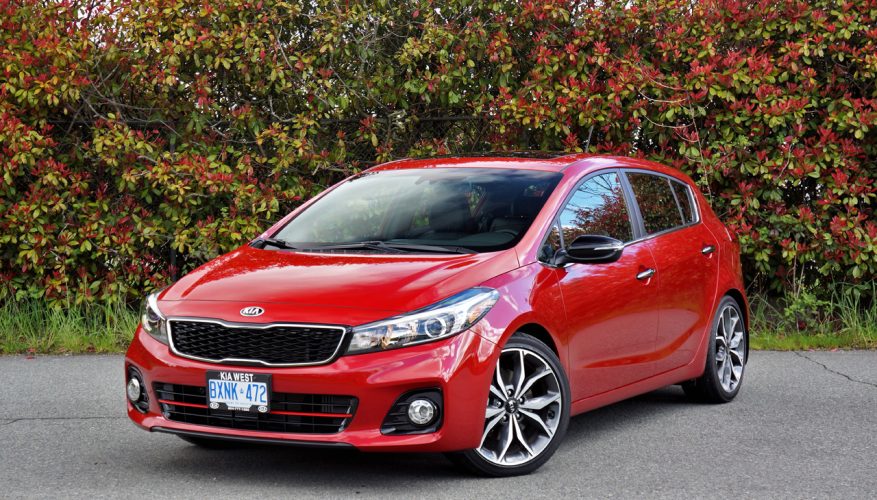 With 6,856 Fortes down the road as of May 31, 2017 and 12,296 units sold during the entire 12 months of 2016, Kia seems to be on track for a record year. Of course, we’re only talking five months so far, with seven more that may not prove as profitable, but things are definitely moving up.

It’s difficult for we outsiders to surmise where the sales growth is coming from. VW’s Jetta, Ford’s Focus, Dodge’s Dart, and Kia’s own Soul are having particularly bad years, so some of those who’ve previously bought these competitors may be switching rides, or more likely the Forte is finding a combination of many such conquest sales as well as managing to upsell would-be Rio buyers that haven’t been too keen on little subcompact lately. Now matter how we try to dissect it, Forte sales are up by a considerable margin.

From personal experience of driving and reviewing five Fortes since introduced for 2010, I can honestly say it’s about time the market caught on to how good this compact model is. I can speak similarly for most of the brand’s current offerings, Kia a mainstream volume brand that delivers much more than its value-oriented pricing suggests, and backs up its entire line with one of the better warranties in the industry at five years or 100,000 kilometres.

Even more brag-worthy, Kia landed on top of the entire auto industry in J.D. Power and Associates’ most recent 2017 Initial Quality Study, while its 2017 Vehicle Dependability Study score placed it in the top five of all mainstream volume brands. What’s more, a new top-five standing in Consumer Reports’ latest Annual Reliability Survey is news worth sharing too. In other words, anyone still having qualms about driving a Kia had better give their head a shake.

With respect to the car in our garage specifically, it’s a thoroughly refreshed second-generation Forte5 that somehow manages to look better than the already stylish outgoing version. I’ve long found the Forte an attractive compact, whether in 5-Door hatchback, four-door sedan, or two-door coupe guise. As you may have heard, the coupe, or rather Koup was discontinued at the end of 2016 in the U.S. and continues unchanged here in Canada, so you’ll need to step up to this Forte5 or the sedan in order to enjoy all the improvements.

At my beck and call this week is the 2017 Forte5 in top-tier SX trim, which is exactly how I’d option this car out if my name were going on the ownership papers. The only issue I’m a bit stumped about is whether to leave its standard six-speed manual as is or upgrade to the seven-speed dual-clutch automated gearbox with paddles. I’m testing it in the latter trim and without giving too much away ahead of my full road test review, it’s damn good. Then again the manual is, well, a manual, which inherently provides more driver engagement. A tough choice, but of note one that most automakers don’t provide at all. Move up into the topmost trim levels of the Forte’s key rivals and you’ll be stuck with an autobox or worse, a CVT, but kudos to Kia, this sportiest Forte5 gets a true performance aficionado’s alternative, which has to warm the heart of anyone with petrol in the veins.

If that wasn’t already the best part, take heed this sportiest Forte5 gets fitted with a zesty 201 horsepower 1.6-litre turbo four with 195 lb-ft of torque, which is a solid 37 horses and 35 lb-ft more than the already sufficiently potent base 2.0-litre four. I’ll go into more detail about how this little mill reacts to input in my review, not to mention explain how its driver selectable Normal, Eco or Sport modes work while delving into how its 18-inch alloys on 225/40s and sport-tuned MacPherson strut front and torsion beam rear suspension manages aggressive behaviour, plus explain how its 0.8-inch larger 11.8-inch front discs and 10.3-inch rears perform under pressure.

Another quandary would be whether or not to add on the $3,600 SX Premium Tech package, but if it were my money and the prospect of spending many a commute for three or so years lay ahead I’d probably take the plunge as the upgrade includes HID headlamps, a Supervision gauge cluster with a 4.2-inch colour TFT multi-information display, an auto-dimming rearview mirror, dual-zone auto climate control, three-way ventilated front seats, navigation with detailed mapping, voice activation, HD radio, a powered glass sunroof, unique red-accented sport seats (with the manual), a 10-way powered driver’s seat with two-way memory, plus blindspot monitoring with lane change assist and rear cross-traffic alert. As it is, Kia added this package and it’s making my weeklong test drive a lot more comfortable.

Of course, this will give me more to talk about in my upcoming review, so stay tuned to find out why I think this little Kia is gaining such traction in the compact class while many of its peers are sliding backwards…