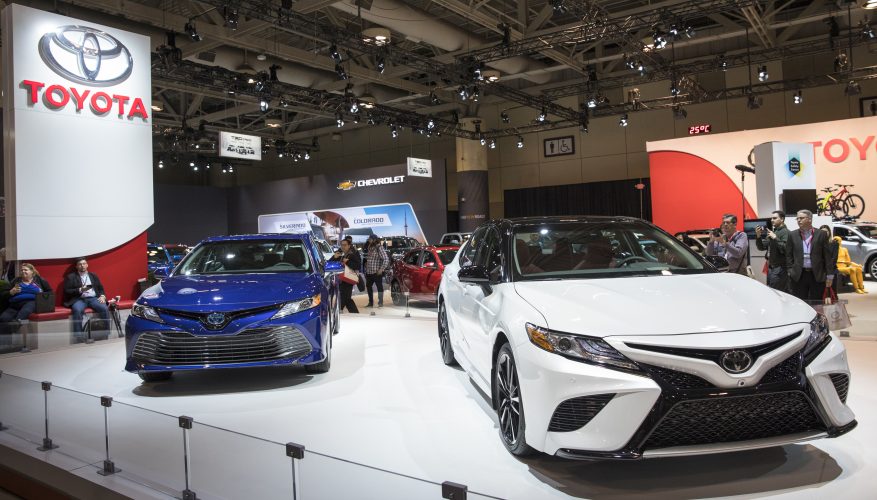 Tokyo – Automotive Linux Summit – Wednesday May 31, 2017 – Toyota Motor Corp announced that the new 2018 Toyota Camry will be sold in the United States with an infotainment system called the Entune 3.0 that runs on Automotive Grade Linux.

Automotive Grade Linux, also known as AGL, is an open source software platform based on Linux, specifically designed for automobiles. Ten global car manufacturers including Mazda, Ford, Jaguar, Land Rover, Honda and Mitsubishi already use it. The purpose of the initiative is to work with other car companies to try and speed up innovation for vehicle applications. Automakers will have the ability to fully customize the applications without having to rely on Apple CarPlay and Android Auto.

When a manufacturer develops a new car it requires around 100 million lines of computer code. Approximately 70 percent of it is generic. This means the remaining 30 percent is customized to the specific model. The amount of coding required is one reason why vehicle development takes so long. It doesn’t stop there however, the code needs to be constantly updated and refined to ensure proper operation. The largest vice for current and past infotainment systems in vehicles is how quickly they become outdated. According to a press release by Toyota VP Keiji Yamamoto the AGL platform gives, “greater connectivity and new functionalities at a pace that is more consistent with consumer technology.”

By working with open source software such as AGL, changes can be made more rapidly and don’t require a manufacturer to write 100 million lines of new code every single time an adjustment needs to be made.

Working with companies like Ford, Mazda, Mitsubishi, and Suzuki will help Toyota minimize costs and development time. Toyota says the partnership can also help create an industry standard that can operate all internal devices such as music, media and navigation. The collaboration with AGL may also allow future integration of technologies such as autonomous driving functions and integrated car services.

Toyota is reducing its dependency on third party companies like Apple and Alphabet (Google/Android Auto) to have greater control of their products. Another reason for Toyota and other car manufacturers to change is to gain control of all the user data. AGL will store all user data that would otherwise be recorded by Apple CarPlay and Android Auto.

Competitive and innovative infotainment systems are more important now than ever before, and moving to AGL is a bold step for Toyota. If the open source collaboration succeeds, don’t be surprised if other car companies like Audi and Volvo jump ship from Apple and Alphabet.