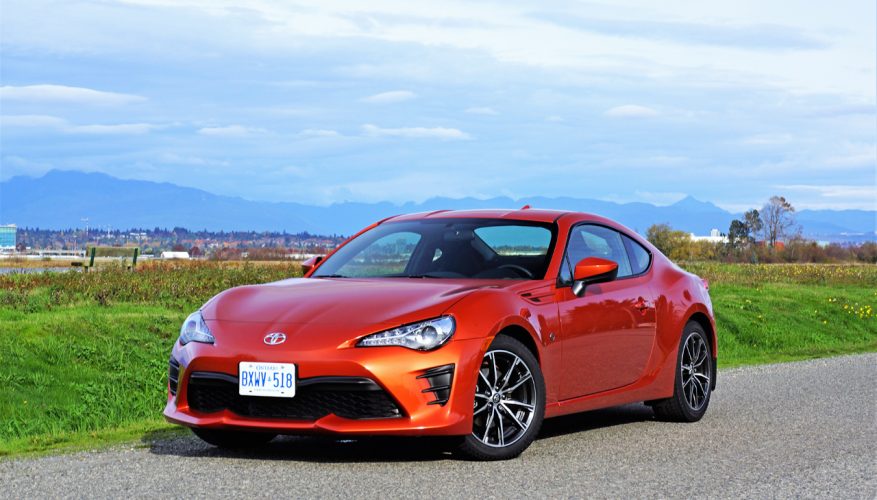 Well Scion was certainly an interesting project. It was more successful for longer in the U.S., particularly California where it was initiated and headquartered in 2003. Compared to Ford Motor’s Merkur (1985–1989) brand and GM’s Geo (1989–1997)—the General did better with Saturn (1985–2010), a fourteen-year run is pretty good as far as marketing projects go, the cars it sold only rebranded versions of global Toyota models.

It therefore made perfect sense to give the outgoing FR-S a version of its global GT86/FT-86 moniker, the “86” portion of the name paying homage to the now classic rear-drive Corolla GTS/AE86 that’s still tearing up racetracks around the world. This said I’d rather have seen Toyota combine old and new by coining FR-86, being that they don’t have the rights to use the GT86 name here (exclusive to Europe and New Zealand), and FT-86 (only available in Jamaica and Nicaragua) makes little more sense, but I wasn’t on that marketing panel so I can only wonder what went down within Toyota’s inner circle. As it is, 86 is the name given to the car in Asia, Australia and South America, and we being part of the Americas, get the simpler nameplate.

Enough about renaming misnomers, most FR-S/86 fans won’t care all that much for what it’s called, and those purists who do have long been replacing Scion logos with Toyota crests along with chromed FR-S lettering for stylized GT86 badges. They’re already doing the same here in North America, so Toyota continues to inadvertently help online aftermarket vendors trying to make a little extra coin servicing this ultra-niche market.

What matters more is the 2017 model’s mid-cycle refresh, a subtle but effective update of a model that had become slightly stale despite still being one of the prettier sports cars on the market. The big differences to styling come up front, its headlights now incorporating de rigueur full LED elements with LED turn signals, and its lower fascia integrating a more organically stylized centre intake with a black mesh insert, plus new triangular-shaped black straked corner “vents” to each side, which are really bezels for fog lamps available from the accessories catalogue or Special Edition upgrade.

Toyota has ironically removed the circular 86 badge from each of the FR-S’ rather complex front fender engine vents and replaced them with a sleeker more minimal design, while at the back it’s all about new LED taillights. Lastly, new standard 17-inch alloys round out the package.

Toyota has upgraded the new 86’ interior over the outgoing FR-S with more soft synthetic surfaces across the dash top and instrument panel, plus fancy ultra-psuede door uppers, as well as attractive new fabric upholstery featuring black side bolsters with white contrast stitching and grey inserts. There are plenty of satin-silver accents throughout the cabin too, while the old Pioneer-sourced 6.1-inch infotainment touchscreen gets new Toyota-branded graphics and integrates a backup camera, USB integration, Bluetooth phone and streaming audio, plus more.

Call it a 2+2, but the rearmost seats are designed more for two 0.5-sized adults or kids, which is par for the course in the compact coupe class. Rather than look at the glass half full, it’s best to appreciate the additional passenger and cargo possibilities offered by the 86’ rear quarters over convertible competitors like Mazda’s MX-5 or Fiat’s 124 Spider, which are solely two-place prospects. I once had a friend show me how he was able to store four racing wheels on slicks with the rear seats of his FR-S folded, which simultaneously told me as much as I needed to know about the car’s practical aspects and performance prowess. The 86, incidentally, gets the same 196-litre trunk as the FR-S, plus its non-split folding rear seatback.

At the heart of that performance-focused ideal, which is really the 86’ raison d’être, the updated model gets a mildly revised version of the FR-S’ Subaru-sourced 2.0-litre horizontally opposed “boxer” four-cylinder. A tweak here and mod there has allowed for a minor bump from 200 horsepower to 205 and 151 lb-ft of torque to 156, but only six-speed manual-equipped cars get the upgrade. Those fitted with the paddle-actuated six-speed automatic featuring rev-matched downshifting via Toyota’s “Dynamic Rev Management” system, as was the case with my Hot Lava painted tester, carry forward with the unmodified engine. Being that I already drove (and reviewed) a new 2017 Subaru BRZ with the manual and therefore experienced the same performance boost, I’ll relate my comments as well as the benefits (if any) of the autobox.

Either way both 86 models receive a reworked suspension with retuned damping, whereas the manual gets a revised rear differential for a quicker launch from standstill up to speed. Getting off the line in mind, both manual and automatic equipped trims incorporate hill start assist.

Now that we’re talking features, Toyota continues to follow Scion’s lead by keeping the new model’s trims to a minimum, simply offering the 86 6M (for six-speed manual) and 86 6A (for… sigh… I don’t really need to explain this, do I?), while as noted an 86 Special Edition is also on the menu.

On top of this the $32,555 Special Edition, which solely comes with the manual gearbox, adds fog lamps, a rear spoiler featuring black-painted accents, black side mirror housings, proximity-sensing keyless access, pushbutton ignition, a 4.2-inch colour TFT multi-information display with vehicle performance data, dual-zone auto climate control, leather upholstery, heatable front seats, and an alarm. That’s certainly the one I’d want to live with every day, but that’s not the one I was given to test.

As is understandable due to new standard features, the 86 adds $2,090 to last year’s base FR-S price tag, the new tally still below $30k at $29,580 plus freight and fees. One thing to consider is the aforementioned BRZ, however, which was previously pricier but can now be had for just $27,995. The two cars were developed side-by-side and use many of the same components, especially at the core, so keep both the Subie in mind when shopping, and for that matter throw in a visit to your local Nissan dealer for a look at the repositioned 370Z that starts at just $29,998 with its 332 horsepower V6 included.

As for me, despite the autobox, I’m going to enjoy every minute behind the wheel of this new 86, which since arriving on the sports car scene as the FR-S has been one of the more entertaining cars available for the reasonable sum asked. Come back to read my assessment of that automatic transmission, the retuned suspension, its many improvements inside, a little look at how it’s being received by you, the people that matter (sales data), etcetera. As always, I won’t hold back my true thoughts and feelings.