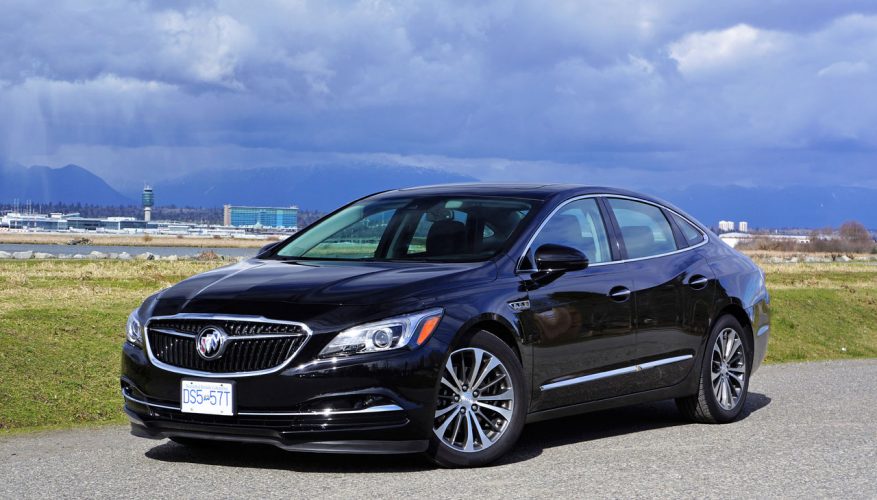 If you were to ask most car shoppers to name the top three most reliable brands in the industry, Lexus would likely earn the popular vote as it’s been touted as most dependable for decades. Once again it sits up top of the J.D. Power 2017 U.S. Vehicle Dependability Study as well as first place in Consumer Reports’ most reliable car brands in America.

Toyota in second place only makes sense, as it shares many of its components with Lexus models, at least when it comes to the premium brand’s lower end product, but this is only the case with Consumer Reports, J.D. Power giving the runner up position to Porsche. Toyota scores third with the latter third-party analytical firm, whereas CR chooses Buick for its best of the rest, General Motors’ international (North America/China/Europe) offering fourth with J.D. Power.

Of course, its standing within these organizations’ two surveys moves up if we classify Buick in either the mainstream volume or premium sectors, and which of these two market segments to place the brand into will be up to your own personal viewpoint, and potentially which model we’re talking about. Having driven each Buick model (although admittedly it’s been a while since I’ve been in a Verano or Regal, and have only scheduled the new Envision for a weeklong test).

We’ve got the new 2017 LaCrosse in the garage, and from my first few days of poking around and time spent at the wheel it seems to fit neatly in between brands like Toyota and Lexus, filling the entry-level luxury category. In some ways its miles more advanced than the competitive Toyota Avalon, especially with respect to powertrains, which by default gives it the nod over Lexus’ ES 350 as well. It’s nearly as premium-like as the similarly upscale Avalon and ES 350 too, with respect to interior finishings, materials quality, electronic interfaces, comfort, and quietness, while styling, inside and out, will come down to personal taste as always.

My LaCrosse tester was finished in top-of-the-line Premium trim, which moves the price up from a base of $37,295 to $46,900, upgraded with AWD for an extra $2,450. The $49,350 model is pretty good value for all you get, the base LaCrosse priced lower than Toyota’s flagship Avalon in base trim, yet this top-tier Buick Premium AWD considerably higher than the fully loaded Toyota, while you can add a few thousand more to the ES 350’s bottom line, while taking a number of features off its roster.

I spoke of powertrains, the Toyota and Lexus cousins sharing the same 268 horsepower 3.5-litre V6 with 248 lb-ft of torque, six-speed automatic transmission with manual mode, and large mid-size front-wheel drive architecture, the Buick stepping things up with 3.6-litre V6 featuring 310 horsepower and 282 lb-ft of torque, an eight-speed automatic with manual mode and paddle shifters, plus in the case of my tester, all-wheel drive. Like I said, the LaCrosse definitely has the advantage in the powertrain department.

I’m going to leave the comparo there, because to pull the Avalon and ES 350 into every aspect of this overview we’d need to do likewise with an impressive list of near full-size mainstream and mid-size E-segment luxury challengers, such as Chrysler’s 300, Nissan’s Maxima, and Kia’s Cadenza amongst volume brands, and Acura’s RLX, Genesis’ G80, Volvo’s S90, Infiniti’s Q70, Lincoln’s MKZ and Continental, Cadillac’s CTS and CT6, Lexus GS’, Jaguar’s XF, Audi’s A6, BMW’s 5 Series, and Mercedes’ E-Class on the higher end of the scale.

In many ways the LaCrosse can compete in either class, the powertrain easily falling within premium expectations as noted, while its list of standard features fits more easily within the group of flagship mainstream models, with exterior features including 18-inch alloys on 235/50 all-seasons, active grille shutters, auto on/off articulating HID headlamps, halogen fog lamps, heated and powered side mirrors with integrated LED turn signals, laminated acoustic glass for the windshield and front-side windows, and remote start.

Standard safety items include all the usual active and passive features plus a teen driving mode, tire pressure monitoring, and 10 airbags including side-thorax bags for the rear and knees airbags for both front occupants.

There are two additional trim levels between base and as-tested Premium, including the $40,130 Preferred Group and $42,790 Essence Group, the former adding “Ultra-Bright” machine-finished 18-inch alloys, a powered tilt and telescopic steering column, satellite radio, a cargo net, an emergency tool kit, and the ability to add some option packages, while the latter Essence Group adds perforated leather upholstery, heatable front seats, two-way powered lumbar for the front passenger, driver’s seat and side mirror memory, auto-dimming side mirrors, wireless device charging, and yet more option packages.

Believe it or not there are still option packages available, my Black Onyx painted tester further upgraded with the $1,860 Driver Confidence Package #2, which includes adaptive cruise control, autonomous emergency braking, front pedestrian detection, and semi-autonomous parallel and perpendicular self-parking; the $2,135 Sun and Shade package that adds a powered panoramic sunroof and a powered rear sunshade; and the $1,450 Sights and Sounds package that features navigation with mapping, and a Bose Centrepoint Surround Sound audio upgrade.

As it is, my tester came to $53,145, not including freight, dealer fees or taxes, which represents very good value for what you get. I’ll go into my thoughts about styling, interior quality, how all the features work, what’s missing, its driving dynamics, its place in the market, sales numbers, and more when I review it in a few weeks, plus you’ll get a much larger and more detail photo gallery to skim through. Until then, enjoy the photos supplied and come back soon to check out the review…