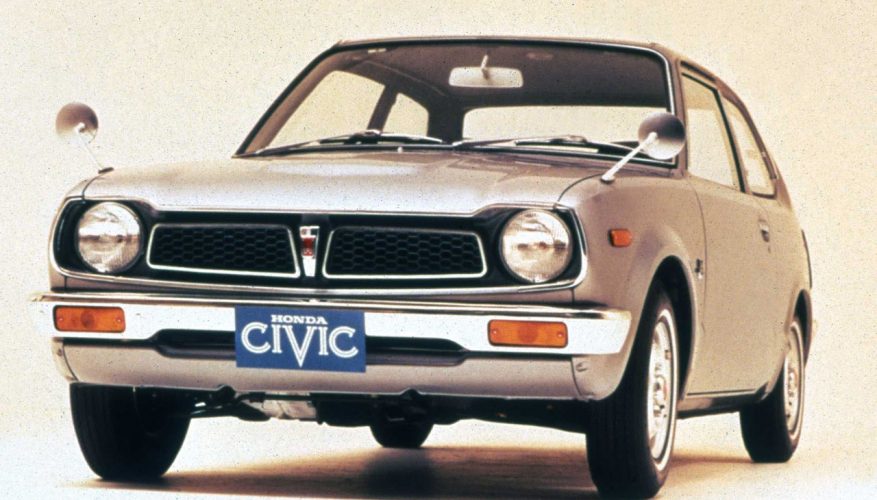 By: Trevor Hofmann
The Civic has been the best-selling passenger car in Canada for as long as most can remember, although Honda Canada clarified the car’s record tenure on top at 19 consecutive years in a press release yesterday. The reason for the press release almost equals that feat, the sale of its two-millionth Civic in Canada since the nameplate arrived on the flower power scene in 1973. That was the same year that Arab members of the Organization of Petroleum Exporting Countries (OPEC) announced they would restrict the flow of crude oil to countries supporting Israel on October 17th, causing the price of oil to increase by 200-percent and the concurrent success of fuel-efficient economy cars like the Civic. Talk about having the right product for the times. Of course, the fact that a compact model remains number one in the Canadian passenger car industry shows the more things change the more they stay the same. On that note, 1973 was also known for massive inflation (back when our governments were more open about real inflation); the beginning of the Watergate hearings that would end in President Nixon’s impeachment (just sayin’); global terrorist attacks in the UK (by the IRA) and Spain (by the Basques); the NDP in power in BC (just sayin’ again); extreme conservative versus liberal animosity (Roe v. Wade and Henry Morgentaler); an American first nations standoff in the Dakotas (Wounded Knee); environmental, legal, and political oil pipeline debates and initial production forced through by legislative intervention (Alaska); oil tankers off the BC coast causing concern (the “Irish Stardust” oil spill north of Vancouver Island); the UK and Ireland at odds (resulting in Northern Ireland voting to stay); genetic engineering becoming a thing (and the controversy ensued); Roger Moore (James Bond, The Saint) in the news (for “Live and Let Die”-R.I.P. 007); plus much more. On a more positive note, optical fibre, the barcode, and the jetski were invented; Eric Lindros and Scott Niedermayer were born; the Concorde made its maiden voyage across the Atlantic; Canada’s first lottery was created in Montreal (a big positive for tax revenues); Pride Week was initiated in Vancouver, Toronto and Montreal; plus Chicago’s Sears Tower and NYC’s Twin Towers were completed while work on the CN Tower commenced. As important as all of these events are, it could be argued that Civic has played a more personal role in the lives of millions of Canadians than all of the above over the past 44 years. It’s also had a very real impact on the lives of Honda of Canada Mfg. (HCM) workers in Alliston, Ontario (now more than 4,000 strong) that have built the popular model since 1988, as well as surrounding suppliers and businesses that directly and indirectly benefit. “The success of the Civic over the years has led to the organic growth of a passionate and dedicated ‘Civic Nation’; a community made up of Canadians from all walks of life.  This community may not have common interests or originate from the same place, but it’s the love of the Civic that unites them,” said Jean Marc Leclerc, Senior Vice President of Sales and Marketing, Honda Canada Inc. “Being built at our Canadian manufacturing facilities and achieving this remarkable sales milestone has certainly cemented Civic’s importance in Canada.” Civic is Honda’s longest-running automotive nameplate and its best-selling model worldwide. The 1973 model was “heralded for its refined driving dynamics, quality construction and world-class fuel efficiency,” stated Honda in their press release, while the CVCC (Compound Vortex Controlled Combustion) engine that debuted in the Civic helped to establish the Japanese brand as a respected leader in advanced powertrains. The 2017 Civic is available with more body styles and variations on the theme than ever before, including the best-selling four-door sedan, a two-door sport coupe, a five-door hatchback, new performance-tuned turbocharged Si variants, and (coming soon) the new ultra-powerful Type-R. Considered by most in the automotive press as the class leader in design, comfort, technology and refinement, Civic sales show no signs of slowing. © (Copyright Canadian Auto Press)
Car Shopping Tools