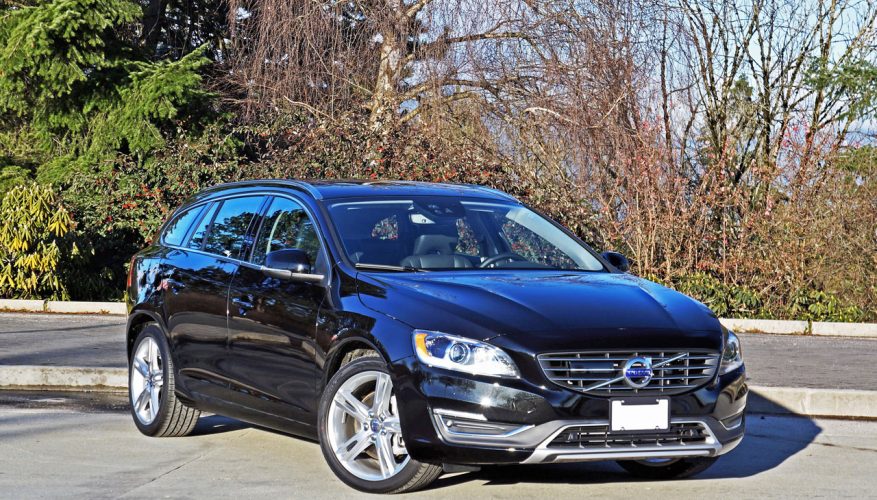 By: Trevor Hofmann
There are wagon fans and then there are those who just don’t quite grasp what all the excitement is about. The latter notion is understandable, especially amongst those my age and considerably older who grew up with station wagons as their go-to family haulers and therefore disdain them as much as those raised in minivans dislike their parents’ modus operandi, but despite falling into the former camp I remain an ardent follower of wagons.

Of course, today’s sport wagons are nothing like the wooden decaled behemoths that wafted down the highways and byways of my youth, their distorted AM radios buzzing War’s “Low Rider” through grossly underpowered single-speaker sound systems, or an “8-Track Stereo” if your folks happened to pay more for the luxurious tufted velour upholstery upgrade. In comparison, most of today’s mainstream volume brands reserve their “five-door” models for upper trim levels with more options, while premium brands often do likewise because of low take-rates compared to the popularity of four-door sedans and SUVs, or alternatively only offer a single drivetrain so as not to incur too many costs, this forcing wagon lovers to make do with whatever they’re given. Not so with Volvo.

BMW and Audi are the only other carmakers currently providing compact D-segment wagons to Canadian luxury buyers, with Mercedes-Benz, Jaguar and Cadillac having given up on the class altogether. BMW’s $45,700 3 Series Touring can only be had with a single 2.0-litre turbo-four making 248 horsepower and 258 lb-ft of torque connecting to an all-wheel drivetrain, whereas Audi’s $47,600 A4 Allroad also features just one 2.0-litre four-cylinder engine with 252 horsepower and 273 lb-ft of torque fed to all four wheels, but this model is only available with raised ride-height and crossover-like styling, similar in concept to Volvo’s V60 Cross Country.

In comparison the much more affordable $40,600 V60 T5 Drive-E is a true five-door sport wagon that’s also powered by a 2.0-litre turbocharged four-cylinder rated at a similar 240 horsepower and 258 lb-ft of torque and mated to front- or all-wheel drive as tested, yet Volvo offers two uniquely different upgrades to this engine as well, including a turbocharged and supercharged version dubbed T6 Drive-E AWD that puts out a potent 302 horsepower and 295 lb-ft of torque and then routes it solely through all-wheel drive, plus an even more imposing T6 Drive-E AWD Polestar edition (Volvo’s racetrack tested M and AMG fighter) capable of 367 horsepower and 347 lb-ft of torque. Like the Germans, all Volvo power units mate up to an eight-speed automatic with manual mode and auto start/stop that shuts the engine off when it would otherwise be idling, and engine braking energy regeneration.

Of note, despite offering three times as many engine options as its competitors for 2017, the Swedish brand has actually reduced this number since last year when a five-cylinder with 250 horsepower and 266 lb-ft of torque was also available, as was an inline-six capable of 300 horsepower and 325 lb-ft of torque. The move to more fuel-efficient, environmentally friendly four-cylinder powertrains is now brand-wide, with even its larger mid-size S90 sedan and V90 wagons powered solely by variations of the new 2.0-litre engine, not to mention the brand’s impressive XC90 mid-size SUV that also gets the option of a plug-in hybrid making 400 horsepower.

As noted, my V60 tester was equipped with the T5 Drive-E AWD powertrain, this the second most fuel-efficient in the lineup at 10.7 L/100km city, 7.8 highway and 9.4 combined compared to the base FWD model’s 9.6 L/100km city, 7.0 highway and 8.4 combined, the latter of which is actually 20-percent thriftier on the highway than the old five-cylinder model (five-percent of which is derived from Eco+ mode alone). I’m finding myself using such eco modes more often these days, as much due to environmental concerns as savings at the pump (have you noticed the price of gas is no better now than it was when crude hovered around $100 per barrel?), so a fuel-friendly wagon like this is ideal for my lifestyle.

I’d be tempted to up the performance ante due to negligible running costs and environmental impact, the more powerful T6 Drive-E AWD only off by fractions in the city and combined at 10.9 and 9.5 L/100km respectively while its highway rating is even better at 7.7, whereas the Polestar super-wagon is ultra-efficient compared to most anything with similar performance at 8.5 L/100km city, 11.8 highway and 10.3 combined.

Still, I certainly never felt hard done by while motoring around town, cruising down the highway, or taking to the curves in the lesser model. First off, the four-cylinder’s turbo helps spool up torque quickly so that all 258 lb-ft is available from just 1,500 rpm, making accelerating from standstill brisk to say the least. Of course, AWD only improves the situation, especially in inclement weather. In this class I would only purchase AWD, but this more because of my personal desire to bypass mandatory chain-up requirements on the way up the ski hill than much need around town. The FWD model comes with a bevy of standard active safety features such as traction and stability control, the V60’s Dynamic Stability Control boasting a Sport mode, whereas the car’s standard Corner Traction Control (CTC) uses torque vectoring to maximize grip, all of which makes AWD less necessary than in decades past, but AWD certainly has its advantages for those with active lifestyles during the snowy winter season.

Of course, AWD improves handling on any road surface or condition, and while I wouldn’t consider my T5 Drive-E AWD tester a canyon carver, at least not to the level of the R-Design or Polestar, it certainly holds its own on a winding road. At least as importantly its fully independent suspension is sublime over rough patches of pavement and other bumpy surfaces, its ride quality unsurpassed in the class and made even better due to some of the best seats available anywhere.

It all comes in a cabin that’s wonderfully quiet and very well finished, the V60 not as glitzy as the new S90, V90 and XC90 models that feature unique jewel-like faceted metals and piano black lacquered trim, but rather a more subdued quality of soft touch synthetic surfaces, textured and satin-finish aluminum accents, fabric-wrapped pillars, and more. The V60 incorporates the brand’s trademark floating centre stack filled with superbly crafted aluminum and composite switchgear, long a personal favourite design element, its surfacing mostly finished in aluminum and vent direction controls ultra-easy to sort out thanks to an aluminum pictograph of a body, and while I wouldn’t call the infotainment system particularly large or state-of-the-art it delivers everything most owners require, whereas the fully configurable gauge package is over the top.

Along with the V60’s unparalleled comfort is a layout that delivers more than enough room up front, headroom especially good. I suppose this makes sense being that Swedes are an inch taller than Canadians on average, plus a lot of Danes and Norwegians drive Volvos too and they’re amongst the tallest people anywhere. Along with lofty headspace the V60 provides good side-to-side roominess, while rear seat passengers should be plenty comfortable too, even if three adults are sitting beside each other being that the V60 is wider than the segment average. When only two are in back a large armrest with integrated cupholders can be folded down from centre, adding to rear passenger comfort and convenience.

If it sounds like I’m more focused on practicalities than luxuries, please don’t get me wrong. I only do so because wagons are designed for those who prioritize passengers and cargo, but the V60 is no less of a luxury car than its four-door S60 sedan counterpart, both of which measure up well against the premium German, Japanese and American brands they compete against. The V60 delivers a wonderfully hushed environment that’s hard to beat, while style, performance, features, fuel economy and safety come close to class leading, and its value proposition is best by far. Also, don’t forget that if you’d rather have a crossover styled wagon, Volvo’s slightly taller and more rugged looking V60 Cross Country can be had for as little as $45,200.