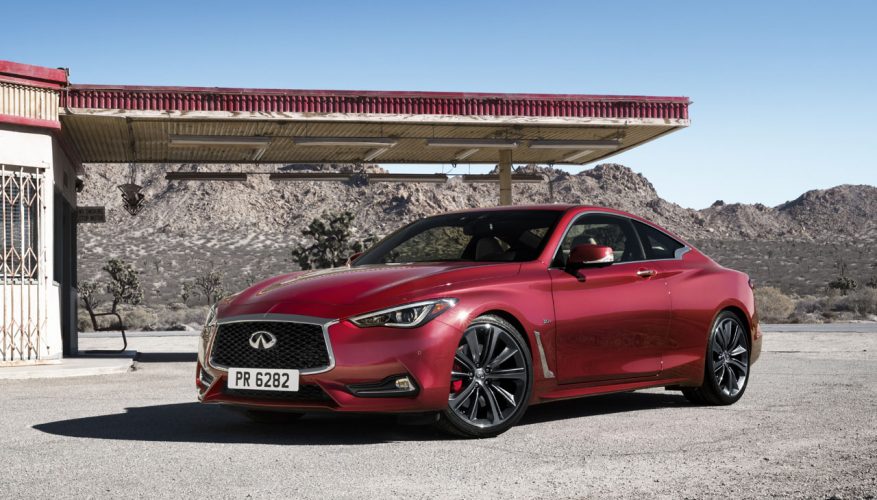 By: Trevor Hofmann
The prestigious iF Design Award has been given to Infiniti for the second consecutive year, 2016’s Q80 Inspiration Concept now joined by the production 2017 Q60 sports coupe.

The annual iF Design Awards program is hosted by one of Germany’s oldest and most respected design organizations, iF International Forum Design GmbH in Hanover. Winning is especially rewarding because the jurors aren’t solely from the automotive sector, instead representing a cross-industry product design viewpoint; the jury consisting of 58 independent design experts from around the world.

After more than 5,500 entries from 59 countries, 2017 iF Design Awards submissions were judged on “innovation, functionality and ergonomics, aesthetics and the sustainability of its production process and product attributes,” stated an Infiniti press release.

The new Q60 received its award within iF Design’s “Automobile” category, whereas last year’s Q80 Inspiration Concept was recognized within the program’s “Professional Concept” segment.

The latter shows what we might expect from Infiniti within the new four-door coupe category, the Q80 Inspiration Concept a sleek fastback design with rear “suicide” doors and no B-pillar, resulting in an open, frameless view of the luxurious yet minimalist interior within.

In comparison, the Q60 sports coupe appears as close to concept form as road cars get, its flowing lines regularly lauded by industry pundits and fans alike, while its lineup of efficient yet powerful engines, its advanced seven-speed automatic transmission with paddle shifters, and standard all-wheel drive deliver the level of performance its shapely body deserves; the top-line Q60 Red Sport 400 delivering 400 horsepower from an all-new 3.0-litre twin-turbocharged V6.