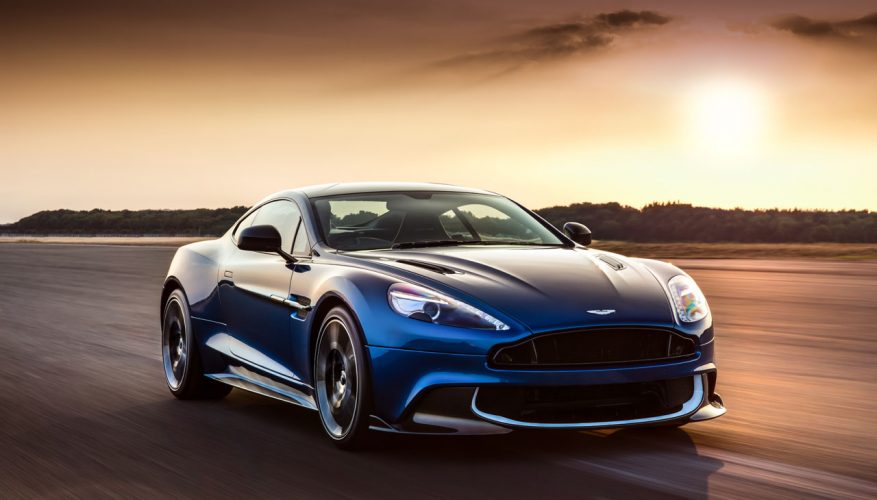 By: Trevor Hofmann
Is there a more beautiful grand touring car on the planet? Certainly the all-new DB11 will be high on auto enthusiasts’ lists, but for many sports car aficionados the more classic GT lines of Aston Martin’s Vanquish still rule supreme.

The Vanquish might hail from Aston’s earlier design language, but it hardly looks dated. Its second-generation redesign arrived on the scene in 2012 for the 2013 model year after all, so it’s still fairly fresh as far as super GTs go, and now the new Vanquish S builds on appearances while upping performance for one of the most enticing new models to hit the road so far this year.

“From the moment the original Vanquish was launched it became a modern icon. It propelled Aston Martin from an era of hand-built cars to one where craftsmanship and technology combined to create a new kind of great British GT,” said Dr. Andy Palmer, Aston Martin President & CEO.

“In its second generation the Vanquish maintained that momentum with huge engineering advances such as its all-carbon fibre bodywork and compelling, contemporary styling. Now, the Vanquish S takes things a step further, confidently asserting itself within the Aston Martin range and distinguishing itself from the new DB11. A spectacular machine in every sense, the Vanquish S is a magnificent addition to our range.”

The real meat of the Vanquish S can be found under that hood, Gaydon’s naturally aspirated 6.0-litre V12 now tuned to 580 horsepower at 7,000 rpm, which due to larger, “freer-breathing” intake manifolds results in a 12-horsepower gain over the regular Vanquish and “sensational throttle response,” adds Aston Martin. Peak torque remains the same with 465 lb-ft arriving at 5,500 rpm, which is good enough for three-tenths off of the regular 568 horsepower Vanquish’ zero to 100km/h sprint time at just 3.5 seconds instead of 3.8, ahead of an identical 323-km/h (201-mph) top speed. Still, there’s much more to the Vanquish S performance advantage than mere straight-line acceleration.

As with all Aston Martins the Vanquish S comes fitted with a level of luxury few peers can match, some highlights including an available Satin Chopped Carbon Fibre centre stack panel, Filograph quilted leather upholstery, or Bridge of Weir Caithness leather. Of course, the headrests are embroidered with the “Vanquish S” nameplate.