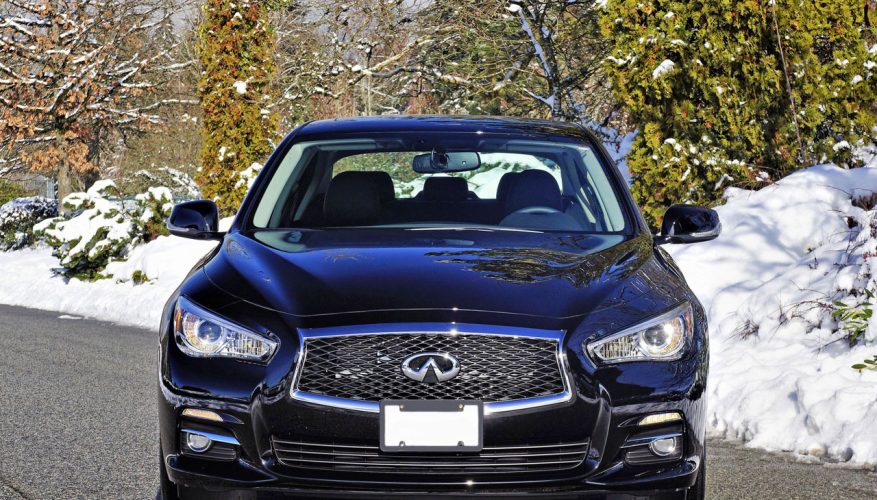 By: Trevor Hofmann
If it weren’t for the tremendous upsurge in sport utility sales, today’s premium carmakers would need to be worried. Canadian deliveries of the once impervious BMW 3 and 4 Series have been in free fall, calendar year 2015’s collective high somehow tumbling to the lowest point in almost a decade. BMW is still number one in the segment, its 10,504 compact D-segment sales just managing to outpace a slightly sagging Mercedes’ C-Class that found just 9,954 customers last year, but an obvious shift in buying patterns is rocking the status quo’s boat.

Mercedes’ C-Class aside, which has maintained fairly consistent numbers over the years, other brands have experienced similar sales scenarios, Audi’s A4 and A5 models undergoing their worst calendar year in some time with just 6,343 sales compared to a peak of 8,307 in 2013; Lexus with just 4,901 IS, ES and RC deliveries compared to a high of 6,749 in 2014; Acura finding just 4,137 buyers for its TLX despite enjoying 5,075 the year prior; and (you were wondering when I’d get to it) Infiniti delivering just 3,391 Q50s and Q60s last year after a gradual decline since the original G series high of 4,954 sales in 2004.

Infiniti is far from the bottom of this list, with Cadillac selling just 2,375 ATS sedans and coupes last year after managing 3,493 in 2015; Volvo’s S60/V60 sedan and wagon combining for just 1,284 units in 2016 after rallying to 1,916 two years ago; Lincoln’s MKZ finding just 1,120 customers despite selling 1,625 in 2013 and being cheaper than average; Buick’s even more affordable Regal only attracting 841 takers in 2016, just five years since selling 2,846; and Jaguar merely pulling in 358 XE buyers, although it’s only been available since June.

In comparison the new Jaguar F-Pace that arrived a month earlier found 1,289 SUV buyers, while every brand just mentioned had their best year of compact SUV sales ever, except Lincoln and Mercedes-Benz, the latter of which had its new GLC and outgoing GLK models in transition and therefore gets a bye. Infiniti’s QX50 sales were stronger too, despite that model more than showing its age.

Slowing Q50 sedan sales likely caused Infiniti to change up its most basic offering, the new turbocharged four-cylinder 2.0t AWD model going from a well equipped base car with two available packages to a slightly better equipped base car with zero options, paint choices aside. On that note the entry-level sedan’s colour palette has been reduced to just three tones, Pure White, Asgard Grey, and my tester’s Black Obsidian, none of which will add a cent to the Q50’s bottom line.

This impressive load of standard features comes with a particularly well-trimmed cabin, the Q50 2.0t incorporating plenty of brushed and polished metals, the just noted Kacchu aluminum inlays nicely textured for a rich look and feel, while most surfaces receive padded synthetics for an upscale ambience overall. Really, Infiniti goes above and beyond most competitors when it comes to soft touch pampering, including the dash top, instrument panel and door uppers, with stitched quilting for the door inserts and leatherette covered contrast-stitched armrests, as well as natural feeling leatherette seat upholstery. The glove box lid is made from high quality pliable plastic too, not always the case, while best of all, the sides of the lower console are more luxuriously finished than the majority of challengers thanks to contrast stitched, padded leatherette that matches the seats, armrests, and leather-wrapped steering wheel. Hard shell plastic lower door panels are the Q50 cabin’s only obvious weakness, but it could be argued they’ll hold up better to scuffs and scrapes. Of course, the segment’s usual fabric-wrapped pillars extend front to rear, and Infiniti’s switchgear is always good.

The Q50’s rotating and touch-sensitive infotainment controller is a personal favourite, even boasting glittering knurled metal edges, but it’s the dual stack of infotainment displays this circular dial operates that immediately wow upon entry. To be clear, the console-mounted controller and its surrounding buttons only connect to the top display, the lower monitor a touchscreen. No matter, as the quality of both is superb. Again, you’ll need to upgrade beyond the 2.0t in order to get navigation with mapping or Infiniti’s InTouch apps, which include Facebook and an Online POI search, but the system works brilliantly for audio, climate, and car settings, while its three quick-access buttons for the first two screens and menu interface made it easy to use.

As noted earlier, the 2.0-litre turbocharged four-cylinder was introduced for the 2016 model year, an engine sourced from strategic partner Daimler AG. This is basically the same power unit found in Mercedes-Benz’ C 300 4Matic, although the Q50 2.0t’s is tuned identically to the German brand’s B and CLA 250 models, with 208 horsepower and 258 lb-ft of torque. I’m not sure why Infiniti chose to be down some 33 horsepower and 15 lb-ft of torque from its most directly competitive Mercedes, or if it was simply a clause of the agreement stipulated by Daimler, but the result is better fuel economy for the Q50 2.0t than it would’ve otherwise had, if not better than the C 300 4Matic.

The Merc achieves a claimed 10.1 L/100km city and 7.8 highway, whereas the Q50 2.0t AWD gets 10.6 and 8.4 respectively. Like the C, the Q utilizes an auto start/stop system that shuts the engine off when it would otherwise be idling, but unlike the Mercedes, Infiniti also offers a Q50 Hybrid that gets an estimated 8.7 L/100km city and 7.6 highway rating, not to mention considerably more power.

We’ll leave that model for a future review, instead focusing on the new 2.0t AWD’s straight-line performance and overall driving dynamics. Its 7.4-second sprint to 100km/h won’t elicit too many superlatives from the passenger’s seat, but it certainly feels quicker off the line and more capable on the highway than the numbers suggest. Then again, I’m old enough to remember being excited at the 121 horsepower in my ’82 528e, although it was the engine’s 170 lb-ft of torque that really made it go, which I suppose is the same for the 2.0t AWD. It doesn’t hesitate one iota off the line and pulls strongly through its seven forward gears, Infiniti including lever actuated manual mode for DIY shifting, but no paddles. That’s a shame as the gearbox gets class-exclusive downshift rev-matching and adaptive shift control resulting in a fun car to drive that even sounds great when getting on and off the throttle, while standard AWD makes light work of deep, crunchy, ice-topped snow banks, its stock Bridgestone Potenza RE97AS 225/55RF17 all-season run-flats feeling more like full snows until it came time to take to a curving back road.

That’s where the Q50 stuck to its lane like the sport sedan it’s always been, the lighter four-cylinder reducing weight over the front wheels for lively, tossable, fun-loving performance. The 2.0t AWD is the only Q50 trim to use speed-sensitive hydraulic electronic power steering instead of RACK EPS found on the next level up, or optional Direct Adaptive Steering, but it was still wonderfully reactive to input.

No doubt Active Trace Control helped matters. The standard system automatically modulates engine torque and braking to improve cornering feel, but most of the credit should be given to the Q50’s double-wishbone front and multi-link rear suspension, both ends including coil springs over dual flow path dampers and stabilizer bars. I left it in Sport mode for such duties, although default Standard mode is still plenty capable while Snow mode was helpful in the previously noted slippery conditions. You can also set it to Eco mode for eking the most from a litre of fuel, although be forewarned the accelerator pedal will press back on your foot if you get aggressive, while alternatively you can set up Personal modes to better suit your own unique tastes. Back to speed, stopping power was also strong, the base Q50 benefiting from 12.6-inch front and 12.1-inch rear ventilated discs that resisted fade well despite hard use during testing.

While performance is certainly strong enough for ample enjoyment when called upon, the Q50 2.0t AWD is quite comfortable and quiet too. This is where all of those soft touch surfaces come into play, as well as more than enough sound insulation and an inherently stiff body shell that also helped it earn five stars in NHTSA rollover tests; its frontal, side and overall crash test scores are not yet available. Last year’s identical car received five stars for side tests as well, however, while the 2015 model achieved five stars overall. Likewise the IIHS gave it top “Good” marks for small overlap front, side impact, rear crash protection, and roof strength tests, whereas moderate overlap front test results weren’t available. The 2015 car had a good result for the latter test, mind you, so we can expect good things for the 2017 model when full tests are completed.

Now that we’re talking practicalities, the Q50 offers comfortable accommodations for most body types front to back, the latter certainly providing more space than my five-foot-eight medium-build frame required. I adjusted the driver’s seat for size and still had around four inches remaining ahead of my knees when sitting behind, not to mention three inches over my head. There was plenty of thigh and lower back support too, plus the foldable centre armrest with twin integrated cupholders added to the comfort quotient.

Unlike most European rivals that offer flexible 40/20/40 split-folding rear seatbacks to make their trunks more usable, the Q50 makes do with a 60/40 split configuration, although a centre pass-through allows longer items like skis through the middle while rear occupants enjoy the more comfortable window seats. That’s a good thing, as its 374-litre (13.2 cubic-foot) volume makes it a bit light on storage space.

I haven’t touched on the Q50’s other trims in this review, so suffice to say that some of the aforementioned optional features get joined by a 300 horsepower 3.0-litre V6 in the 3.0t AWD and 3.0t Sport, while the Red Sport 400 uses a specially tuned version of the same engine to make 400 horsepower, while styling remains much the same albeit some of the base car’s plentiful chrome accenting gets replaced with body-colour and black paint.

I find it easy to recommend all of the V6-powered Q50s, but I really like the base 2.0t AWD as well. It’s a different type of car focused on real-life wants and needs, yet at the same time it’s wonderful to drive, delivering strong performance and exceptional comfort, it’s beautifully finished from the outside in, its standard feature set is truly exceptional, it’s very efficient, and it provides excellent value. If you’re still loyal to the sport/luxury sedan market and not just reading this review out of curiosity from the elevated seating position of your new SUV, the Q50 2.0t AWD is a very good choice.
©(Copyright Canadian Auto Press)
Car Shopping Tools