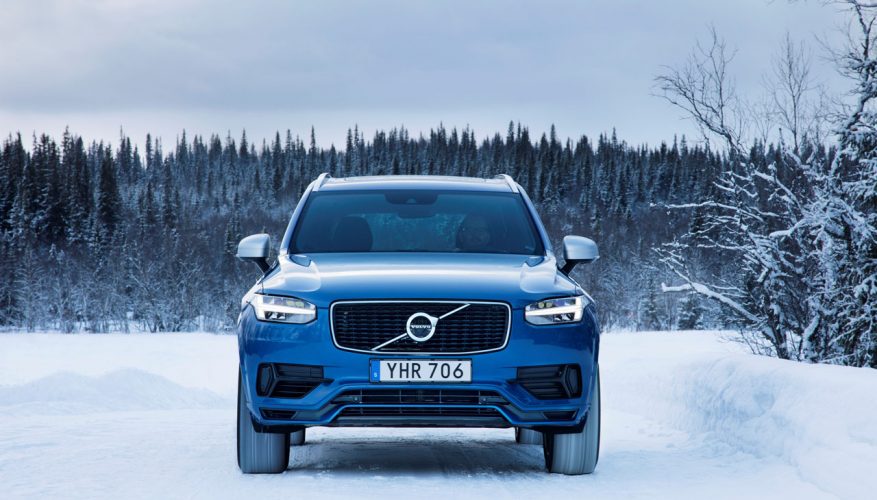 By: Trevor Hofmann
To say Volvo has been on a roll would be an understatement, the Swedish brand’s new XC90 mid-size crossover SUV and S90 mid-size luxury sedan rejuvenating interest in the brand’s entire lineup. Volvo Canada sold 6,103 units in calendar year 2016, which showed a 27.5-percent increase over the 4,788 deliveries experienced in 2015. December resulted in 433 units down the road compared to 340 total sales for the same month the year prior, this strong result marking the fifteenth consecutive month of sales growth in Canada. “2016 was truly an exceptional year for Volvo Canada. Exciting new product, the introduction of advanced technologies and a motivated retailer network led to the Volvo Car brand exceeding expectations in Canada,” said Alexander Lvovich, Managing Director, Volvo Car Canada Ltd. “With three new models being unveiled in 2017, the brand is poised for another year of growth as the Volvo Car brand continues to make its impact on the premium car segment in Canada.” The big mover and shaker for 2016 was the award-winning new XC90 mid-size luxury SUV, with 2,951 vehicles delivered. The XC60 compact luxury SUV was second with 1,526 vehicles sold, but this number should grow substantively later in 2017 or in 2018, after the completely redesigned version debuts. December sales were led by the XC90 and XC60 selling 239 and 96 units respectively. Just the same, sales of just 101 S90 mid-size sedans would have been disappointing for Volvo, especially considering the many awards and accolades this new model received from the automotive press, this just another sign that crossover and SUVs are where the majority of new investment needs to go. A new V90 Cross Country mid-size crossover wagon will debut later this year, and despite being based on the V90 sport wagon that shares underpinnings with the slow-selling S90, it should prove more popular due to its SUV-like styling. A new compact D-segment S60 sedan and V60 sport wagon, plus a new V60 Cross Country are expected later this year as well, all of which should make the 2017 calendar year especially strong for Volvo and its 36 national retailers. Of note, Volvo’s Canadian lineup leads the industry when it comes the volume of models achieving the Insurance Institute for Highway Safety’s (IIHS) Top Safety Pick Plus status, available models making the grade including the S60, S90, V60, XC60, and XC90. ©(Copyright Canadian Auto Press)
Car Shopping Tools