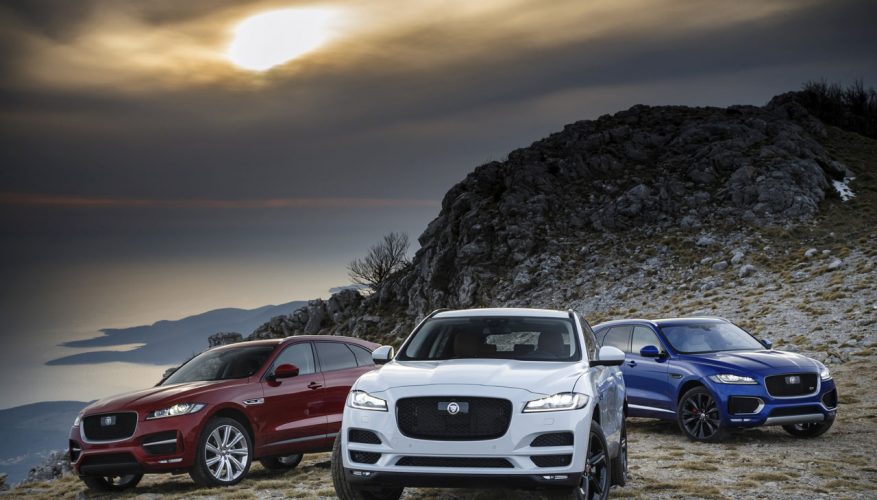 By: Trevor Hofmann
Jaguar’s F-Pace was named “Supreme Winner” at the 2016 Women’s World Car of the Year Awards, while also achieving SUV/Crossover of the Year in the same competition, just two of the latest in a long line of awards the F-Pace has garnered since going on sale last April.

“The awards of ‘Supreme Winner’ and ‘Best SUV/Crossover’ in the 2016 Women’s Car of the Year Awards is a great achievement and a true highlight in the continuing F-Pace success story,” said Fiona Pargeter, Head of Global PR Communications, Jaguar Land Rover. “The combination of beautiful design, everyday usability and unrivaled driving experience set the F-Pace apart from the competition and is attracting new customers to the Jaguar brand worldwide.”

The Women’s World Car of the Year is the only automotive award decided entirely by women, comprised of 17 judges from 14 countries around the world. The award’s judges submit their personal shortlists, this year resulting in 294 nominated vehicles. After compiling a “master list”, six category winners were chosen from 32 vehicles that made the cut, with a final vote showing the Jaguar F-Pace as the Women’s World Car of the Year Supreme Winner.

“We are very proud of this award as female buyers were at the heart of the F-Pace design from day one,” said Anna Gallagher, Senior Launch Manager, Jaguar. “Through customer clinics and data we ensured that we created a distinctive vehicle that would appeal to all lifestyles. Our teams worked hard on the features that appeal to both male and female customers, to deliver the best mix of performance, design and practicality.”

The F-Pace has been lauded by industry professionals and Jaguar customers alike for its eye-catching styling, impressive performance, stylish, feature-filled interior, and overall practicality, its near mid-size dimensions seating five in comfort while still providing 650 litres of cargo volume.

“From the early lists the judges send in there were some strong contenders in one or two categories but mostly only a few percentage points separate the top three cars in each segment,” said Managing Director of Women’s World Car of the Year, Sandy Myhre.

Of note, the voting process is by secret ballot, with the final votes audited by international accountancy company, Grant Thornton, from their Auckland, New Zealand office. Grant Thornton has been associated with Women’s World COTY since its inception seven years ago.

“Reaching a final decision for each category and choosing an overall winner is difficult. Voting was very close this year and could have swung either way for the Supreme Winner.” said Paul Kane, Partner, Grant Thornton.

Other category winners included the Honda Jazz (Fit) achieving the Budget Car Award and Honda Civic earning the Family Car Award, while Ford’s Mustang took home the Performance Car Award, Volvo’s S90 made good with the Luxury Car Award, and Toyota’s Prius walked away with the Green Award by the widest margin of all.