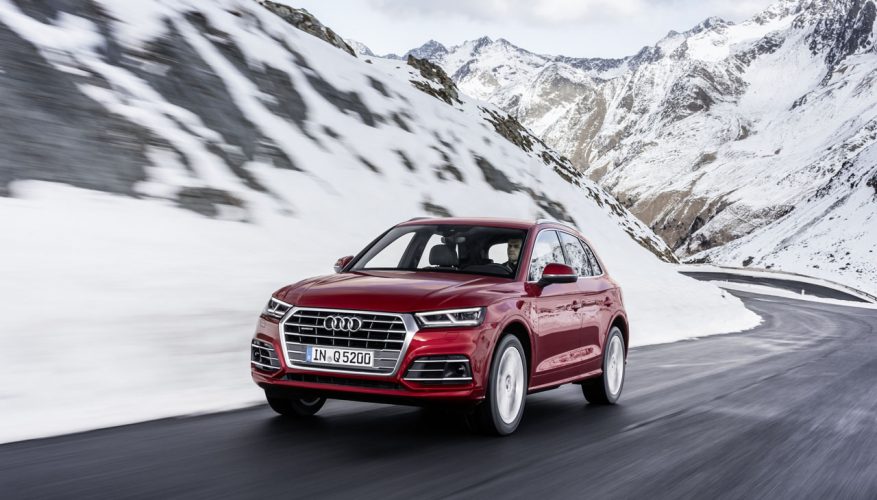 Even more importantly, the fast-running, lightweight permanent Quattro all-wheel drive technology has helped Audi distinguish itself from competitive premium automakers, all of which have followed the brand’s lead by building the majority of their models with AWD systems of their own.

For a bit of technical history, Audi replaced the first-generation’s manually locking centre differential with the Torsen differential in 1986, which allowed variably distributed drive torque. The planetary drive arrived in 2005, which added an asymmetrical, dynamic distribution of power and torque.

Most of today’s Audis benefit from the all-weather traction of a self-locking centre differential. The technology improves driving dynamics no matter the road conditions while improving safety in inclement weather, plus its lightweight design hardly hampers fuel economy.

In Canada, Quattro all-wheel drive is standard in the aforementioned Q5 compact SUV, as well as the Q7 mid-size SUV, A4 Allroad crossover, the all-new A5 sport coupe, A5 Cabriolet and S5 Sportback four-door coupe models, (A6 allroad quattro), A8 flagship luxury sedan, R8 sports car, plus all S and RS performance models, while it’s optional in every other Audi model.

An impressive 44-percent of Audi’s worldwide customers chose Quattro-equipped models in 2015, the Q5 being number one with about 262,000 unit sales. The strongest Quattro markets were the U.S., Germany, Canada, Russia, and the Middle East.

“Most of our customers choose Quattro AWD when purchasing a model that doesn’t already receive it as standard equipment, as Quattro enhances handling and safety while providing greater winter accessibility to areas that are often off-limits without the use of cumbersome and inconvenient chains, such as our local ski hills,” said Chris Ongkiko, General Sales Manager of Dilawri Group’s Audi Downtown Vancouver. “Quattro comes standard with all of our SUVs and most of our car lines, however, so it’s just a matter of deciding which Audi best suits your needs.”
©(Copyright Canadian Auto Press)
Car Shopping Tools