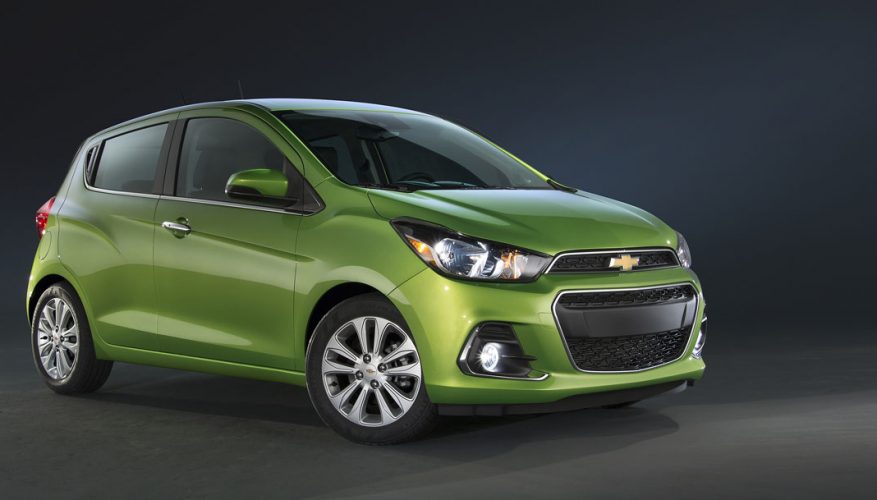 By: Trevor Hofmann
The Picanto has long been a great looking little city car that sells very well in global markets. Canadian world travelers that happen to love cars may have noticed them roaming the streets in Europe, Asia, or most anywhere else, although diehard automotive fans will likely be aware of the car’s existence. Given its popularity elsewhere and our burgeoning small car market, wouldn’t it make sense for Kia, a growing albeit still less popular brand, to offer it here?

Kia has just released photos of its third-generation Picanto, a stylish little runabout that boasts a 15-mm longer wheelbase than its predecessor at 2,400 mm, and wheels that have been pushed farther out towards each corner for “a more confident appearance,” says Kia. Along with more sculpted bodywork the new Picanto’s exterior colour palette will be even more vibrant than previous generations, with 11 bright paint options designed to make passersby take notice.

The Picanto’s redesigned interior will include high-tech comfort, convenience and safety features arrayed within “a modern and refined new cabin design,” adds Kia. Specifically, its instrument panel will house a new “floating” colour touchscreen infotainment display featuring “the latest in-car technology.” In concert with the aforementioned exterior colour options, the tiny Kia will offer buyers greater opportunity for personalization, with a greater range of upholstery, trim designs and colours.

The longer wheelbase allows for more passenger- and cargo-space than before, not to mention an overall interior volume advantage over its A-segment rivals adds Kia, but despite its additional capacity the new Picanto is the same 3,595-mm length as the model it replaces; its front overhang is shorter and rear overhang longer.

To put it into perspective, the global A-segment is filled with smaller vehicles than our regular subcompact range, which makes Kia’s Rio one size larger than the Picanto. It’s similarly proportioned to the little Micra that does very well for Nissan Canada, a Japanese brand known for taking risks in our market due to slower sales than Toyota, Honda, and Hyundai.

Of note, the Rio was Canada’s second-most popular car in calendar year 2015, next to its platform-sharing Hyundai Accent cousin that came in first by a long shot with 19,371 sales compared to 9,761, yet while the Accent has held its own throughout 2016 with only a minor slip to 19,198 sales, the Rio has dropped down to 7,636, which has caused it to also tumble from second to fourth place in its class, both the Honda Fit (8,622) and Toyota Yaris (7,779) moving ahead (full disclosure: the Yaris now includes the classic hatchback as well as the Mazda2-based Scion iA, being that Scion is now defunct). In short, Kia needs to quickly boost its dwindling small car sales with a redesigned Rio and then grow it further by introducing an even more affordable small car, such as the Picanto, so it can graduate these first-time new car buyers into larger more expensive models as they age.

Back to the Micra, it also outsold every subcompact model in Canada throughout 2016 and 2015, other than the aforementioned Accent, including its own Versa Note that only managed 7,417 and 9,120 deliveries over the same two years. Could Kia experience similar results with its Picanto?

The smaller Picanto is plenty stylish and enjoys mostly positive reviews in the markets it sells into, so it stands a better than average chance of being accepted by Canadians. Kia might also want to consider the Picanto for expanding its U.S. sales, especially when factoring in that the Korean brand has been there for longer than Canada and therefore benefits from better brand recognition. Additionally the relevance of the tiny Chevy Spark should be considered, which sells much stronger per capita south of the 49th with 35,511 sales in 2016, 32,853 in 2015, 39,159 in 2014, and 34,130 in 2013, for first place in the class over the last two years.

As it stands Kia Canada has not shared any plans to import the new 2017 Picanto (it would be a 2018 if released here) when it arrives in global markets sometime in the third quarter of this year, but a prolonged expected recession, which could result in Canadian consumers with less disposable income, might make for a good business case.

Details about the new model are limited, but auto writers in England, where the current model sells for less than £8,500 (about $14,000 CAD), and all cars are priced much higher than equivalent models sold here, expect it to get heavily updated versions of the existing 1.0-litre and 1.25-litre gasoline-powered engines, both of which are very fuel-efficient and in compliance with the EU’s restrictive Euro 6 CO2 emissions regulations. Additionally, Kia’s positively reviewed 98-horsepower 1.0-litre turbocharged, three-cylinder used in its Cee’d model may also be offered, which could become the heart of a sportier Picanto variant. Also important, more powerful versions of the current Picanto includes the option of a conventional automatic gearbox instead of an automated manual, which aren’t usually as smooth shifting, but so far there’s no word if the new car will carry this forward or opt for a more fuel-efficient alternative, like the continuously variable transmission (CVT) that’s currently available with a 69-horsepower “Eco-Plus” engine variant. The current turbocharged 1.0-litre Kappa II engine is rated at 106 horsepower, which, if capable of meeting North American regulations, would likely be the better choice for North American markets.

The current Picanto’s price in mind, if sold here it would need to target the Nissan Micra’s entry price of $9,988 with a stripped down base model featuring steel wheels with covers, no body-colour door handles or side mirror caps, rear drum brakes, a manual transmission, no remote powered locks, roll-up windows, no steering wheel controls, no cruise control, manual HVAC without air conditioning, no Bluetooth phone connectivity (although Kia may want to throw that in to differentiate it from the Micra and make it more attractive to younger buyers), a simple two-speaker AM/FM/CD/AUX stereo, and rudimentary seat controls if it plans to do so. This said Kia would likely sell many more Picantos in pricier trims like the “GT-Line” specification shown in the photos.

For instance, the 2017 Micra SV sells for $13,998 and includes most of the features just noted, while the sportiest SR has an MSRP of $16,138 and upgrades the car to include 16-inch alloys, unique headlamps and taillights, fog lamps, extended side sills and a rear rooftop spoiler, chrome exterior trim, a USB port for interfacing smartphones, a four-speaker colour-display audio system with a rearview monitor, a leather-wrapped steering wheel and shift knob, sport cloth upholstery, and more.

Most automakers sell small city cars in other markets, with Kia’s parent company Hyundai basing its i10 off the same underpinnings, building it in India (and other markets under different model names and manufacturer nameplates), and making it available throughout India, Europe, and additional world markets, plus offering a slightly smaller unrelated Indian-built model dubbed Eon to Indian consumers, buyers throughout much of southern Asia, and in a number of South American countries.

Of course, others could beat Kia and its Picanto to fill the needs of North America’s growing A-segment market, with Toyota’s global five-door Agya/Wigo hatchback (based on the Daihatsu Ayla) a much better choice than its now departed Scion iQ, the Honda Brio a particularly eye-catching hatchback with an all-glass liftgate (not to mention, Honda’s stylish City subcompact four-door sedan would likely sell better than the Fit in the U.S.), while Ford’s funky Ka has long been popular in Europe and elsewhere. Volkswagen has also talked about bringing its Up! (exclamation mark intentional) to North America, a stylish little city car that would create a lot of buzz in the entire segment.