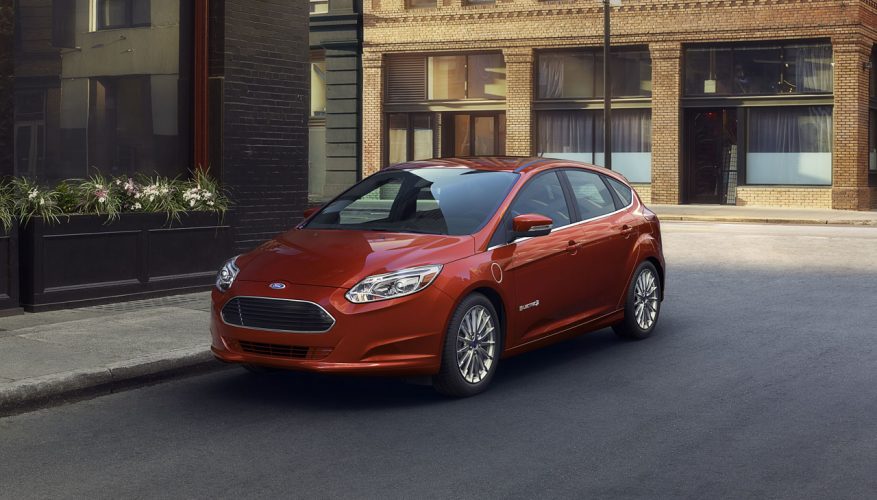 By: Eli Oszlak
“When someone purchases a product, any product, there will always be something that motivates and drives the action.”

I’m sure somewhere a marketing guru has said those exact words. So when a person chooses to purchase a Ford Focus, they might be driven (no pun intended) by a desire to own or lease an economical, well-built, fun to drive, reliable compact car.

The Focus is a world car, built in assembly plants across the globe. It was originally introduced in Europe during 1998, and arrived here in late 1999 as a 2000 model. The current version is the third-generation, launched in 2010 for 2011 model year. To say the Focus is a successful car line would be an understatement. Since 1999 over 3.4 million units have been sold in the US alone. This doesn’t take into account Europe, Canada or any of the other global markets it’s sold in.

With such a high level of retail success, as well as extensive use in fuel cell development, it only made sense for the Focus to underpin Ford’s first major foray into BEV (Battery Electric Vehicle) production. Therefore, the Focus Electric went on sale in 2012 and has since found more than 50,000 buyers.

This brings us back to the question, why would someone purchase a Focus Electric? What benefits do you gain, and possibly more importantly what do you lose when choosing the blue-oval BEV, at least when compared to its gasoline powered siblings?

First off, let’s get this out of the way: purchasing a BEV is going to limit your driving range. The EPA gives the Focus Electric an expected average range of 68 miles, the metric equivalent of 110 kilometers. In comparison, a gasoline-powered Focus should be capable of traveling from 400 to 500 kilometers before refueling. Not only will you be forced to stop for fuel (electricity) four to five times more often in a Focus BEV, but you won’t be able to find charging stations on every corner either.

Another consideration is the fact that recharging takes a significant amount of time. You’re going to need at least four hours to complete a full charge from a completely depleted battery, and that’s at a high-power charging station. Recharging via standard 120-volt home power will take in excess of 18 hours. So, it’s reasonable to say that living with an electric vehicle has its limitations.

There’s also another noteworthy disadvantage when choosing the Focus Electric over the gasoline-powered version, its cargo capacity is dramatically reduced. The conventionally powered Focus Hatch offers up a large, spacious cargo area that’s easily accessed via the liftgate, while the electric version’s trunk is mostly filled with the batteries used to power it. If you’re looking to do some shopping, your purchases will be going home in parcels less than eight inches high or you’ll be using the back seat. Thankfully the rear seatbacks retain their 60/40 split-folding feature.

Another consideration is price. The regular Focus Hatch starts at just over $18k and tops out at just under $25k (ST and RS not included) before adding freight and dealer fees, where the Focus Electric has an MSRP of $29,404 before optional metallic or pearl paint plus leather upholstery can push its price up to $32,437, but it’s best to keep reading as that’s not the entire pricing story. Depending where you live there are sizeable provincial government rebates promoting plug-in vehicle purchase, with BC effectively reducing your initial purchase price by $5,000, Ontario by $8,000, and Quebec by $8,500. This minimizes the extra cost of going electric dramatically. Still, at least initially it’ll cost you more.

So with these limitations why choose a Focus Electric? Ford’s BEV has two primary advantages over a comparable gasoline-powered version. First it produces absolutely no emissions. This makes it an extremely environmentally friendly choice. Of course there’s a very real impact on the environment while your BEV’s various components are being manufactured and the car is assembled, as well as a much more obvious one when it’s charging, with the latter level of ongoing impact having a lot to do with where you live and how the majority of electricity in your area gets produced. Therefore your environmental footprint can vary from negligible to quite significant.

The second Focus BEV benefit is lower operating costs. While electricity may not be inexpensive, gasoline tends to be a lot more expensive. It’s difficult to make direct comparisons between the cost of gasoline and electricity, because their consumption units aren’t at all compatible, the result being a complicated series of calculations. Instead it’s much easier to compare the actual cost of operating each vehicle by using a similar driving style, in similar conditions over a similar period of time.

The cost of fuel is just one expense associated with vehicle ownership. As anyone who owns a car knows, motor vehicles require maintenance. A BEV benefit is significantly fewer moving parts, which translates into much less maintenance overall.

Even after weighing all of these considerations, living with the Focus Electric is really quite pleasant. It’s fun to drive, with plenty of straight-line speed and decent handling, plus it’s well equipped and quite comfortable.

So what’s the range? How far can you drive this thing? That’s always the first question anyone asks you. The simple answer is the range varies depending on how and where you drive. Not unlike its gasoline-powered siblings, weather, road and traffic conditions, plus most of all, driving-style has an effect on the Focus BEV’s range. If you use a heavy right foot you’ll go through your energy reserves much faster. Interestingly, unlike conventionally powered cars, I’ve observed highway driving isn’t the most efficient way to use available battery power. The Focus likes traffic, while its energy recovery system makes traveling downhill worthwhile even if you have to drive back up the other side.

The bottom line is my actual driving range seems to vary between 120 and 150 kilometers between charges, but I’m pretty certain that could be stretched out much farther under the right conditions.

Check out the next installment of my long-term road test to learn more about such conditions and what life is like with the Focus Electric.
©(Copyright Canadian Auto Press)
Car Shopping Tools