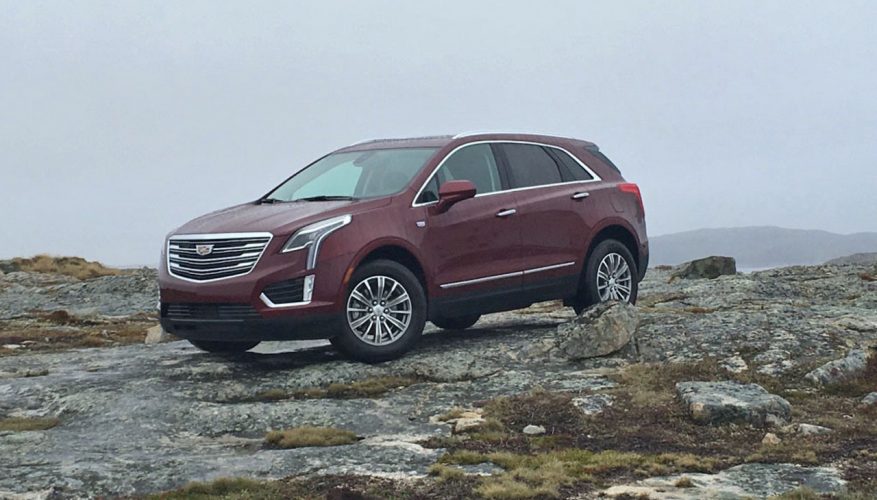 By: Brian Armstead
Fogo Island is an idyllic place, perched about as far to the northeast as you can go in Canada. Study the history of Fogo Island, Newfoundland, and you learn what grit and tenacity are all about. Drive around the island and you’ll see decades old waterfront buildings that used to process what was the Island’s economic mainstay, cod.

Yes, the delicious whitefish from the chilly waters of the North Atlantic Ocean built an economy that provided a decent living for fishermen and their families. When declining cod stocks forced fishermen to trap crab and lobster, fortunes reversed as these shellfish bore larger profits than cod.

The story of the history and economy of Fogo Island bears a resemblance to the story of one of North America’s once storied automakers, Cadillac.

Cadillac was formed from the remnants of the Henry Ford Company. After a dispute between Ford and his investors, Ford left the company along with several of his key partners in March 1902. Ford’s financial backers William Murphy and Lemuel Bowen called in engineer Henry M. Leland of Leland & Faulconer Manufacturing Company to appraise the plant and equipment in preparation for liquidating the company’s assets. Instead, Leland persuaded the pair to continue manufacturing automobiles using Leland’s proven single-cylinder engine. A new entity called the Cadillac Automobile Company was established in August 1902. It was named after French explorer Antoine de La Mothe Cadillac, who founded Detroit in 1701.

Cadillac was purchased by General Motors (GM) conglomerate in 1909 and became GM’s prestige division, devoted to the production of large luxury vehicles.

Cadillac responded during the 1930s, building cars with V12 and V16 engines that were considered among the best in the world, competing with ease against the best from Rolls-Royce, Delage, Bentley, Hispano-Suiza, Duesenberg and more. These cars today fetch hefty sums at collector auctions worldwide.

Postwar Cadillacs featured nameplates DeVille, Fleetwood and Eldorado, among others.  These nameplates would become iconic and would carry sales for the marque well into the 1990s.

But along the way, Cadillac lost the ability to compete on the high end of the luxury car scale. During the 1970s, if you didn’t own a Caddy or a Lincoln Mark III, IV or V you were not at the top of the luxury game. It was during the 70s that slowly a sea change happened in the luxury market. Though not newcomers to American markets, brands Mercedes-Benz, BMW and Audi started to take a foothold in the sales race. When BMW introduced the affordable, fun-to-drive 320i for the 1977 model year the Germans started a full-scale assault on the North American luxury markets. By the 1990s the Benz S-Class was the go-to luxury car from Europe. Had Elvis lived a long life, the Cadillac lover may have parked his Blue Suede Shoes in a European marque. Perish the thought!

Not wanting to be left out, Japanese automakers got in the game in a major way in 1990 with the introduction of the Lexus (Toyota) and Infiniti (Nissan) nameplates. The upstart luxury automakers offered cars with safety and driving excitement, while Cadillac and Lincoln offered luxo-barges with pillow soft rides and gas guzzling V8 motors approaching seven litres in displacement.

Fast forward to 2016, and Lincoln is slowly recovering with credible new products. And Cadillac has also rebounded to find its niche with vast improvements over the years, and with the introduction of popular SUVs like the Escalade and SRX. Performance variants of the ATS and CTS rival the best uber-quick cars from Europe, but Cadillac sales have been a bit slow to respond to the quality and luxury that’s been re-infused into the marque.

So instead of reinventing the wheel, Cadillac poached the brightest minds from the “enemy,” hiring away top talent from competitors to reinvigorate the brand, and so far the results are impressive. ATS, CTS, SRX and Escalade are viable nameplates, joined by “New Cadillac” nameplates CT6 and XT5. The CT6 is a world-beater, on par and in some ways superior to the best from Europe. No small feat indeed. The 2017 XT5 will replace the 2016 SRX, though both are concurrently for sale in the US and Canadian markets.

So why not choose a setting known for economic rebound to tout a brand that’s showing the same grit and resilience? In that vein, Fogo Island and the New Cadillac are perfect matches. With that, I recently attended a media launch for the XT5 on yes, Fogo Island.

The 2017 XT5 is in a word: complete. Want to drive in full luxury? XT5 delivers. Need to do light off-roading as you visit your beach or mountain home, or around Fogo Island? XT5 with optional all-wheel drive will get you there. Want safe, reliable, hi-tech transportation? Look no further than this impressive crossover.

When you compare the XT5 to the popular SRX it replaces, Cadillac wisely took the best of its predecessor and made the rest even better.

Objectives for the new XT5 included more content, more agility, more usable interior space, enhanced safety, a stiffer yet quieter cabin, plus better acceleration and fuel efficiency. And by the way, the new XT5 is 132 kilos (292 pounds) lighter than the SRX. Did they succeed?

As we break down the new XT5, one can’t help but notice the incredible good looks the vehicle possesses. Brad Pitt good looks indeed. Where SRX looks like a Caddy built on a shared General Motors platform, the XT5 looks like a clean sheet build, even though there are no dramatic differences between the two. The new XT5 just looks cleaner and more muscular. Comparing old and new, the XT5 features a bold shoulder line that runs just below the door handles. The SRX shoulder line ran through the door handle line, which gives the impression that it is shorter in height than the XT5, and it is, but the difference is only 1,669 mm (65.7 inches) for the SRX versus 1,676 mm (66 inches) for the XT5. Yet the XT5 looks taller and more handsome. New, multi-spoke wheels in 18- and 20-inch sizes, including unique Platinum wheels on that trim level offer a more attractive, performance-oriented appearance.

Up front, Caddy ditched the traditional egg-crate grille in favour of a sleeker, multi-rib affair, and again the results are an improvement in style and muscularity. A new Cadillac logo replaces the crest and wreath version present on the SRX. And we all know Caddy has gone buck wild with, IMHO, the best application of LED lighting in the industry. Across the Cadillac lineup, from base ATS to top dog Escalade, you know when a Cadillac is approaching or departing at night by the sharp, linear application of its LED lightshow. It’s pretty much an art form on their cars.

On the XT5 up front, the HID headlamps are flanked by LED daytime running lamps (DRLs) that drop off the front hood in a waterfall effect that those who admire Niagara Falls would be proud of. Look close inside the jeweled headlamp housing and a Cadillac crest is embossed along the LED signature line. A similar embossed treatment continues with the stunning rear LED tail/brake lamps. After a brief styling break between headlamp and front bumper, the LED strip continues for several more inches below the bumper, with a combined DRL/cornering lamp configuration.

And the XT5 does not let up as it brings up the rear. The “waterfall” treatment continues on the taillights while a narrow, chrome bar nearly spans the complete width of the liftgate just below the new logo and just above the license plate nacelle. A chrome rub strip adorns the top part of the bumper, and a silver diffuser plate sits between the more aggressive dual, rectangular exhaust outlets, replacing the SRX’ diffuser-less lower fascia and round exhaust outlet design. A roof lip spoiler continues between old and new models. With the key fob in your possession, a simple swipe of your foot under the rear bumper powers open the rear hatch.

How to make the near perfect SRX interior even better? It was a sizeable challenge that Caddy was obviously up to task for. Cut and sewn leather covers the seats and parts of the dashboard, melding with metal trim and tastefully placed wood inlays. The Cadillac User Experience (CUE) interface touchscreen seems better integrated into the centre console, and the slightly smaller steering wheel airbag pod lends a sportier look to the multifunction, thick-rimmed design. Immediately noticeable is a repositioned lower console-mounted transmission shift lever that’s now left of centre instead of centrally placed in the SRX. The configuration works well should you want to manually row the new “Electronic Precision Shift” eight-speed automatic tranny. Below the centre console, useful space has been carved out to store electronics or other goodies. Network your daily drive with OnStar featuring 4G LTE connectivity that supports multiple devices, while a 12-volt power point in the storage nacelle adds to convenience. Tall, wide people and shorter, smaller people will both find the new interior well suited to their frames. The available “Ultraview” panoramic sunroof really brightens the interior, and you can adjust light volume with dual sunshades.

On the road, the XT5 delivers solid performance from a 310 horsepower 3.6-litre V6 in FWD or AWD driveline configurations. A “Real-time” damping suspension monitors road and vehicle inputs, ensuring a smooth ride, and the AWD XT5 has selectable driving modes including Touring Mode for everyday driving; Snow/AWD Mode for inclement weather; and Sport Mode for highway sprints. Ride quality is excellent and the interior is old-school Cadillac quiet, a very good thing. Yes, you’ll hear the V6 emit a snarl when you put your foot into it, but that’s about all. My test model featured standard 20-inch wheels, which look fab, yet did not detract from ride or handling quality. During drives around Fogo Island with terrain that varied from highway smooth to washboard, with many sharp curves taken at speed, the XT5 proved it’s adept at road carving duties.

On the safety front, Cadillac and all GM products are now world class in features. Standard/available safety features include, among others, multiple airbags with a driver’s knee airbag, forward collision alert, front pedestrian detection, automatic collision braking, automatic parking assist, lane keep assist, lane departure warning, rear cross-traffic alert, side blind spot alert, surround view cameras, and my favourite, the rear vision camera. A simple flip converts the rear view to a near HD quality, live view of traffic. It takes a minute to get used to, as you can see trees and cars rushing by in your peripheral vision, but once you do, you’ll recognize what a great safety feature Cadillac has incorporated into the XT5.

So what will you need to pay for a new 2017 XT5? Pricing starts at $45,100 plus freight and dealer fees for a base FWD model and increases to almost $80,000 for Platinum AWD trim with all options.

Johan de Nysschen, the indomitable head of Cadillac worldwide, and who once worked his marketing, brand quality and sales magic as the head of Audi America and Infiniti’s global operations, is now in charge of bringing the storied marque back to prominence. If the XT5 and recently released CT6 Sedan are indications of de Nysschen’s impact on the brand, then Cadillac has a very bright future indeed.
©(Copyright Canadian Auto Press)
Car Shopping Tools