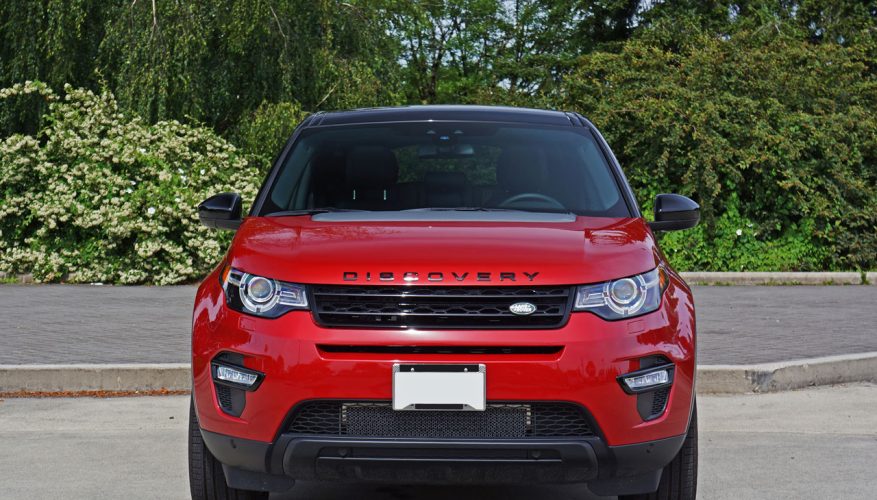 By: Trevor Hofmann
If you haven’t heard, Disco is back in a big way. I wouldn’t blame you if you didn’t know. Pop music was in a funk for years, and not the kind of funk most of us enjoy, but now there’s a new soulful sound that’s spinning ultimately contagious dance grooves from yesteryear. The first of such tracks that lured me back was Daft Punk and Pharrell Williams’ Get Lucky, followed by plenty of others including Maroon 5’s Sugar, Bruno Mars and Mark Ronson’s Uptown Funk, and more recently Justin Timberlake’s Can’t Stop the Feeling, while the new soul mentioned a moment ago, from Drake, The Weeknd, Alessia Cara, Nick Jonas, Sam Smith, et al is mellowing out the moodier moments.

These old meets new musical genres, tracks, songsters and songstresses sound fabulous on the new Disco’s standard 10-speaker audio system incidentally, Disco being the catchy nickname fans and owners gave the now classic 1989 through 1998 Land Rover Discovery, plus the Discovery II, 3 and 4 sold in Europe and other markets from ’98 through to the present, otherwise known in our continent as the LR3 and LR4, although I’m not referring to these big, brawny mid-size models, but rather the new Discovery Sport, a compact SUV that can also do it like they do it on Discovery Channel; that would be foraging through the wilderness, not specifically what Bloodhound Gang was inferring to in their ’99 hit The Bad Touch, although there’s room enough in back for that too.

Believe it or not this compact SUV can be optioned out for seven occupants with ample space for adults in all three rows, or at least there was more than enough room for my five-foot-eight medium-build body in the rearmost seats when the first two rows were also positioned for a comfortable fit. I can’t say I’d want to spend a lot of time back there, but rear quarter windows provide outward visibility, a panoramic glass roof added an open airiness, and real air can be directed to third-row passengers via separate vents and a fan speed controller.

The Discovery Sport’s roominess is just one reason why it only took eight months of 2015 to find 51.3 percent more buyers than its LR2 predecessor was able to attract in its final full year of 2014, whereas the new Disco’s sales are up 373.9 percent over the first five months of 2016 compared to same period of LR2 sales in 2014. This makes the new Disco a big hit for Land Rover.

As is always the case with anything wearing the green oval badge the new Disco is fully capable off-road, but, full disclosure, I didn’t have time or opportunity to remove it from pavement during my test. I’m going to guess the larger LR4 is the one to choose for a trek across the Serengeti or deep dive into the Amazon rain forest, a previous experience at the Land Rover Experience Driving School in Montebello, Quebec making its capability abundantly clear, but possibly only because it’ll carry more water and fuel for the former adventure and bug repellent on the latter.

The nimbler “Sport” moniker was chosen to suggest the new model’s smaller, more agile dimensions and lighter weight, which is true with respect to the Land Rover brand, although don’t make the mistake of thinking it’ll keep up to a Range Rover Evoque or mid-size RR Sport on a serpentine two-laner; it’s a bit more like sprinting the 100-metre in a wool sweater, cargo pants and hiking boots instead of spandex shorts, a breathable sport top and Saucony Cohesions.

Ok I exaggerate for a bit of fun, but the new Discovery Sport feels more traditional SUV than anything it competes with, and by that I don’t mean chunky and truck-like. Even the LR4, which is one of the most traditional SUVs available, feels comfortable and even agile on pavement and off, whereas the Discovery Sport takes the sport side of the equation up a notch, while in similarity to the larger ute you sit upright in the Disco with excellent comfort and superb visibility all-round. Since it debuted, I’ve liked the new Sport’s styling, but it was only after the drive that I felt a true connection, Land Rover somehow managing to give this smaller utility big SUV feel without sacrificing overall drivability, while its ride quality is comfortable and compliant over bumpy surfaces.

If you’ve driven an Evoque you’ll be familiar with the powertrain, the new Disco utilizing the same direct-injected and turbocharged 2.0-litre four-cylinder sourced from Ford, tuned to 240 horsepower and 250 lb-ft of torque, mated up to a state-of-the-art nine-speed automatic controlled by an even more advanced rotating gear selector with steering wheel paddles, plus four-wheel drive with Land Rover’s very skilled Terrain Response system standard. LR claims 8.2 seconds to 100km/h and a 200 km/h (125 mph) top-speed for spirited if not particularly exhilarating straight-line performance, albeit stingy fuel economy rated at 11.9 L/100km city, 9.0 highway and 10.6 combined.

The Discovery Sport’s cabin is nicely finished with a soft synthetic dash top that even includes a stitched leather dash pad on either side of the primary instrument cluster and ahead of the front passenger, plus soft-touch door uppers and yet more pliable synthetic surfaces elsewhere, while the leather used for the seat upholstery even smells rich, all helping the compact SUV live up to its premium brand status. Of course, the roof pillars are treated to high-end fabric, plenty of stylish satin-silver finished metal accents can be found throughout, and all switchgear is superbly crafted with the buttons on the leather-wrapped steering wheel especially impressive, but it’s the quality and capability of its electronic interfaces that first caught my attention.

A high-resolution five-inch colour multi-information display sits within the primary gauges and a large eight-inch colour infotainment touchscreen overtop the centre stack, the latter a graphical delight similar in look and feel to a Windows Surface tablet with a quadrant layout featuring outdoor backgrounds on three of its four digital panels, climate control getting a beautiful sunset, connectivity functions highlighted by a classic red British phone booth sitting next to open pastures, navigation and mapping features depicted by an unnamed roadway curving off into the distance, and audio graphics merely getting stylized blue radio bands crossed by a red line for supposed selection. I’ve noted the audio systems’ capability and believe me you won’t be disappointed, whereas the rest of the infotainment system lived up to what’s expected in the class.

Additionally, a beautifully detailed dual-zone HVAC interface includes three circular dials trimmed in aluminum and rimmed with rubber, their centres filled with digital readouts for temperature control, fan speed, etc, while above it all is a simple overhead console featuring LED map lights, a switch for the fixed panoramic sunroof’s powered blind, and an always welcome padded sunglasses holder.

My tester also had its upgraded 19-inch twinned five-spoke alloys blackened out along with previously aluminized exterior highlight trim finished in the same inky black treatment for $500, while its roof was also painted black for an additional $500 and its gorgeous Firenze Red Metallic paint added another $1,200 to the bottom line. Navigation noted earlier adds $850, and Black Morzine headliner $300, while its third row of seats actually came as part of a $1,900 5+2 Seating package that includes the third-row climate control and high-level vents noted earlier, along with a powered USB port.

Packages in mind, the aforementioned Terrain Response system can be upgraded with All-Terrain-Progress Control (ATPC), an Adaptive Dynamics suspension and an Active Driveline when opting for the $1,900 Intelligent Dynamics package, while Land Rover will upgrade your Disco further with a $1,400 Convenience package featuring proximity-sensing access, an auto-dimming rearview mirror, HomeLink universal garage door remote, and a powered liftgate, or you can get all of the Convenience package features plus nicer Windsor leather upholstery, the 250-watt 11-speaker audio system (with sub), illuminated aluminum tread plates and navigation by upgrading to $50,290 HSE Luxury trim. Back to the regular HSE, a $1,200 Vision Assist package adds adaptive cornering HID headlights with auto high beams plus a 360-degree surround camera, while a 20-inch wheel and tire package adds $1,500, self parking $1,000, cooled front seats and heated rear outboard seats $800, satellite radio $450, subwoofer $350, configurable mood lighting $250, and the list goes on.

The upgrade to a third row doesn’t seem to take away from cargo capacity, at least above the load floor. The 50/50-split rearmost seatbacks stow easily via pull tabs on their backsides that automatically drop the headrests before laying flat and exposing 926 litres (32.7 cubic feet) of available space, while the second row can ultimately allow for 1,894 litres (66.9 cubic feet) of total volume yet otherwise splits in the optimal 40/20/40 configuration to allow skis and other long items down the middle with rear passengers seated comfortably next to the windows to enjoy heatable cushions if so upgraded.

Of note, some advanced active safety features such as lane departure intervention, driver attention monitoring, automated speed limiting, etcetera are not on the Disco’s upgrade list, these on the menu for the upcoming 2017 refresh as will likely be a top safety rating from the IIHS, while my only other option request doesn’t appear to be coming next year at least, that being the same ultra-efficient 180 horsepower 2.0-litre turbo-diesel with 318 lb-ft of torque that’s standard in the new Jaguar F-Pace; that would make this Disco just about perfect.