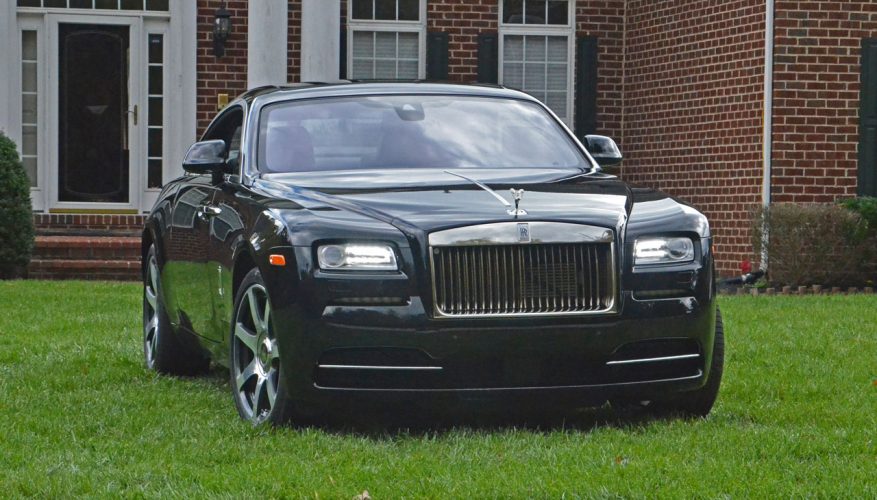 By: Brian Armstead
I’ve been writing about automobiles for the past two decades, and part of the turf of being an auto writer is to field questions from the masses about the cars I’ve driven over the years. Be it at a bar, networking function or other social gathering, the question of “How much is too much?” always arises when I speak about driving an uber luxury car.

“I would never pay $300,000 for an automobile,” some will say, or in the case of the Bugatti Veyron, a cool $2 million. Folks really flipped on that one.

But here’s the reality people – in today’s industry, you pretty much get what you pay for. The Bugatti Veyron is a sixteen-cylinder, four turbo, four wastegate, 1,001 horsepower supercar. Is it worth $2 mil? If I were of serious means I’d probably do a Floyd Mayweather and buy several.

In the “reality” price zone, Lexus’ cars are among my favourites. They are reliable, luxurious and hold their value like a gold coin. But put one on a racetrack with a BMW, and you can see where BMW spent money and Lexus didn’t. So maybe the BMW is worth the $20-30K premium over the Lex.

Which brings us to the subject of this review, the 2016 Rolls-Royce Wraith. At $375,000 base, it’s not inexpensive by any measure, but it sure is worth it.

The history of Rolls-Royce dates back to 1904 when Henry Royce was introduced to Charles Rolls in Manchester, United Kingdom. Royce had run an electrical and mechanical business since 1884, while Rolls was one of Britain’s first car dealers. The thing that brought the two men together, however, was the two-cylinder Royce 10 that was made by Royce in 1904. Rolls preferred three- and four-cylinder cars, however he was so impressed by Royce’s two-cylinder vehicle that he promised to take as many of Royce’s cars as he could make. Royce and Rolls reached an agreement according to which four models would be made, all would bear the Rolls-Royce name and they would be sold exclusively by Rolls. The first Rolls-Royce two-cylinder car was presented at the Paris Salon at the end of 1904.

In 1906, the two entrepreneurs formed Rolls-Royce Limited and started to look for an appropriate location for a production factory, settling on Derby. Royce designed the Rolls-Royce factory, and production began in 1908.

In addition to the two-, three- and four-cylinder cars, Royce started working on development of a new six-cylinder model with 40/50 horsepower. In the following years Rolls-Royce focused exclusively on the new model, which came to be known as the Silver Ghost. It was the very same 40/50 model that made Rolls-Royce one of the most desirable brands and forced the company to open a second factory in the United States to be able to keep up with the demand. The factory in Springfield, Massachusetts, however, was closed in 1931 as a result of the Great Depression.

After the end of the First World War, Rolls-Royce avoided all attempts to merge the British car producers and successfully adjusted to market demands. Since sales of the 40/50 model were dropping, Rolls-Royce introduced a less expensive Twenty model in the early 1920s.

Rolls-Royce acquired Bentley in 1931. Bentley’s factory in Cricklewood was closed and the production was moved to Rolls-Royce’s facilities in Derby. Until World War II, Bentley was kind of a sporty version of Rolls-Royce. After the end of the Second World War until 2002, the standard Bentley and Rolls-Royce models were virtually identical.

From 1998-2003, there was a bit of a tussle over the rights to use various iconic Rolls names and historic bits, such as the legendary “Spirit of Ecstasy” hood (bonnet) ornament. This was a result of the sale of the company from Vickers to Volkswagen AG and BMW AG. Once those rights were sorted out by the two automotive giants, VW retained rights to build Bentley Motorcars and BMW was set to begin supplying engines and other parts to the newly established Rolls-Royce Motorcars, Ltd. Rolls then built a brand new facility in Goodwood, U.K.

The Rolls-Royce Phantom sedan was the first product offered for sale in 2003. Since then, Rolls-Royce Motor Cars has expanded its product lineup to include an extended wheelbase version of the Phantom Sedan, a Phantom Coupé and Phantom Convertible, the Ghost Sedan, Wraith Coupé and the newest member of the distinguished family, the Dawn Convertible.

The 2016 Wraith embodies the best of the British motorcar tradition, Rolls-Royce continuing to build cars where possible using Olde World assembly methods like hand stitching, hand assembly and hand finishing of myriad leather and wood components. To visit the assembly plant in Goodwood is like going back in time, yet robotics and modern methods of assembly where required for maximum reliability and efficiency are also hallmarks of current generation Rolls-Royces.

Concerning Wraith, Rolls-Royce pretty much hit the proverbial nail on the head when describing it on the Wraith website: “Wraith was born of a desire to push the boundaries of design and engineering. Dynamic lines create an enigmatic presence – a presence which plays host to the most powerful Rolls‑Royce (automotive) engine ever.

Unashamedly built to deliver, Wraith challenges perceptions and offers the most dynamic driving experience in the marque’s history.”

When describing the aesthetic qualities of this ultra luxury coupe, Rolls’ press literature also waxes eloquently: “The name alone evokes a sense of noir. And the striking roofline gives a dynamic silhouette that enhances its power, style and drama. Inspired by European sporting and GT motorcars of the 1930s, the fastback design perfectly captures a spirit of adventure. The sweeping lines evoke a sense of movement, even while standing still. And the fascia is not only an opportunity to personalise: it creates an arrow-like energy – emphasising Wraith’s dynamic quality.

Continuing the style, the largest coach doors in the Rolls‑Royce family lead you into a contemporary cocoon, encasing you in an elegant simplicity Rolls‑Royce is renowned for. With all eyes forward, Wraith’s dynamic lines and seamless surge of power redefine history.”

When you first visualize the striking Wraith, you’d better hold on to your emotions when the “coach” doors are opened, exposing yards and yards of gorgeous leather inside. The doors are huge, as it the Wraith itself, and allow ingress and egress with nary a hair out of place.

Rolls has wisely incorporated many luxe BMW features into the Wraith, with their navigation telematics and iDrive type rotary controller notable examples.

Manually open the balanced doors, slide behind the steering wheel and you feel in command of a very large ship. Power close the doors with buttons on the upper left dashboard. The steering wheel itself is finished in leather and piano black lacquer, with fingertip controls for convenience and safety features. Behind the wheel are stylish white gauges with red tipped black hands. The “Power Reserve” gauge indicates what percentage of Wraith’s 624 horsepower and 590 pound-feet of torque are at the disposal of your right foot. Move to the centre stack and the 10.25-inch centre screen provides essential information on navigation, cabin climate, music sources, and allows for electronic access to a multitude of standard comfort and convenience features. To the left of the centre screen is the start/stop button and to the right, the requisite premium analog clock.

Just below the centre screen are a trio of large vents for heating and cooling with traditional “Organ Stop” push-pull on-off knobs. Very British, very impressive.

Also below the centre screen is a row of crystal like buttons that allow for direct programming of certain functions. Want to raise and lower the “Spirit of Ecstasy” when you desire? Program the button to do so. Need immediate access to the onboard electronic owner’s manual? Then program another button.

Everywhere you look inside the Wraith, opulence abounds. In Phantom tradition, you even get retractable full-sized umbrellas in each forward front door pillar.

On the road, the Wraith is part Phantom and part Ghost. It’s like the Phantom in the sense that it’s large and in charge, with a nimble ride quality that cossets you in comfort and security. It’s like the smaller Ghost in the sense that when you want to be “sporting,” the 2,440-kilo (5,380-pound) weight of the Wraith displays harmony with BMW’s chassis expertise. Think of it as a very large 3 Series. No, not quite tossable like the “3,” but certainly confidence inspiring. A double-wishbone front suspension, multi-link rear suspension, self-leveling air springs, anti roll stabilization, and adjustable suspension parameters via Electronic Variable Damping Control assures a good time behind the wheel of this driver’s car. With a twin-turbo V12 engine at your disposal, the Wraith hustles down the highway like a cruise missile – purpose built to destroy the competition.

Like all Rolls-Royce models, you can choose bespoke options to your heart’s desire. My test vehicle was outfitted with the $6,075 USD “Starlight” headliner – a dazzling LED display overhead that turns nighttime cruises into a Neil deGrasse Tyson-like spectacle.

The only thing limiting you as you express your unique desire to be expressive is the size of your wallet. If you can dream it, Rolls can incorporate it into your new Wraith.

If you want to be “The Goddess of Darkness,” then the Wraith “Black Badge” is for you. With darkened chrome trim, paint deepened to the blackest of blacks, and unique carbon fibre composite wheels, the Black Badge series is enhanced for a more dynamic drive experience, while commanding ultimate attention on the road.