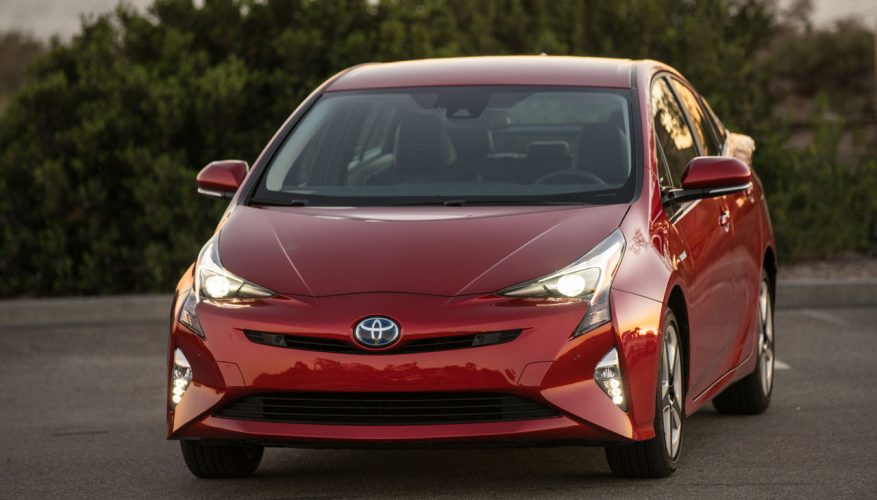 By: Brian Armstead
I’ve long been a fan of the Toyota Prius. Now in its fourth generation, the popular Hybrid vehicle is offered in several trim levels, all with the mission of getting you around comfortably and safely with great fuel economy. But in what was typical for some Toyota products of the past, previous gen Prius models weren’t exactly fun to drive.

Why is this important?, you ask. After all, I just want some serious fuel savings.

In case you haven’t noticed, oil prices have plummeted and folks are back to their giant SUV and truck purchasing ways. Not to mention a major increase in sales of performance cars that now exceed 500-700 horsepower!

When the emotional “want” needle shifts towards vehicles people have on their “dream vehicle” lists, sales of small, fuel-efficient vehicles tend to tank. We’ve seen it before, and it does not portend a bright future for those working diligently on electric, hybrid and hydrogen fuel cell technology to help preserve Mother Nature’s finite fossil fuel supply. Prius can certainly be called small and fuel-efficient. So to keep consumer interest strong as gas gets cheaper Toyota has wisely instilled GT DNA into the new 2016 model.

So what does that mean? While it does a lot of things well, Prius models have never come close to being fun to drive. Steering on previous generation models is slow and somewhat imprecise, handling is sloppy, especially during evasive maneuvers, and the joy quotient as it relates to pleasure driving hovered at the 5 out of 10 mark.

So Toyota started with a clean slate for the new Prius, determined to make this fuel-efficient buggy fun to drive. And as a plus, they restyled the new model, taking away a bit of the “Star Wars” design theme that made this hybrid singularly unique.

Under the restyled body lies Toyota’s New Global Architecture (TNGA), an integrated approach to developing new platforms and powertrains. In the case of the 2016 Prius, the platform introduces a high-strength body structure, a new double-wishbone independent rear suspension and low centre of gravity to enhance driving dynamics to a level that speaks more German than Japanese. In a word, the new Prius is fun.

The old torsion beam type suspension is out and a new trailing-arm design in, the latter greatly enhancing handling, control and ride comfort while also allowing increased luggage space.

To prove that the engineers weren’t blowing smoke in strange places, Toyota set up a Gymkhana course on a runway at the retired “El Toro” Marine Corps Air Station near Irvine, California. First up was the previous gen Prius, and it plodded through the tight, fast course as best as it could. Plenty of body roll and understeer was exhibited by the less-than-capable chassis. “About what I expected,” was my assessment.

Time for the 2016 model, and all of my “average” Prius thoughts flew out of the redesigned side windows. Handling was spot on-like BMW spot on. Acceleration has also improved, and I was able to steer the new Prius through tight corners with my right foot. Minimal body roll, neutral handling, and balanced steering effort were among the new model’s vastly improved road traits.

Honestly, I could not believe what had just happened, so I started the whole process over – again with the previous model and then with the new – with the same results. I ended up driving the 2016 repeatedly to try and improve my track time!

During on-road drives, the new Prius is equally impressive. Most notably, Prius is now considerably quieter than older models. Not that hybrids are noisy to begin with, but cars at the lower end of the economic spectrum tend to get less of the sound deadening and road comfort goodies that luxury car buyers expect. Noise levels rivaled some of big brother Lexus’ smaller car offerings – an unexpected bonus.

My overall assessment of ride quality and handling is an “A” grade for the Prius. Kudos for using the low centre of gravity battery pack to its benefit, by adding proven suspension geometry and a stiffer shock absorber profile. Well done, Toyota!

As mentioned earlier, the other variable that was either loved or hated on previous Prius models was the quirky styling. Most previous devotees loved the old styling, as it says, “I’m different (I’m green) and I want the whole world to know it.”

On the safety front, Toyota as a brand has seriously upped its profile. Back to El Toro where a motorized pedestrian named “Elvis” was fodder for testing Prius’ Pedestrian Detection System, part of its “Safety Sense” system. Early detection of pedestrians is made possible by combining millimeter-wave radar with the camera’s recognition data. Also, the headlamps are equipped with a near-infrared-ray projector to assist in nighttime detection of pedestrians. The Toyota Safety Sense Pre-Collision System with Pedestrian Detection also includes lane departure alert with steering assist, auto high beams and full-speed dynamic radar cruise control.

Available Prius features include smart technologies to help take the stress out of parking. When Prius is parking or slowly pulling out of a space the available Intelligent Clearance Sonar (ICS) scans for stationary objects. If the system anticipates a collision it will emit an audible alert, reduce engine or electric motor output, and automatically apply the brakes. Available Intelligent Parking Assist automatically controls the steering and helps guide you into an open parking space. A colour head-up display is also optional. Who says economy can’t be fun?