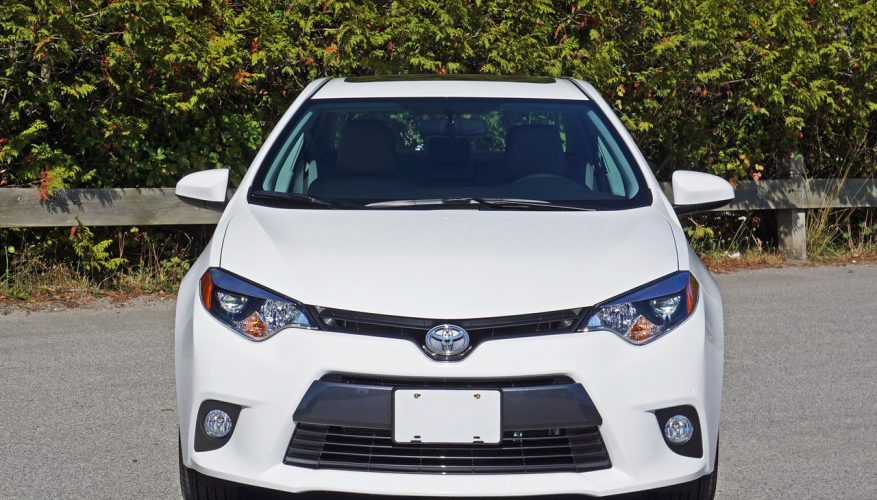 By: Trevor Hofmann
Do you want to guess how many different compact models Chevrolet has produced since the Vega hit the scene in 1971? Just after Vega came Monza and then Chevette, all sold simultaneously and all falling under the old subcompact designation, then Sprint (Metro in the US), Cavalier, Cobalt, Optra (in Canada), and Cruze. Ford and Chrysler group’s compact entries follow similar paths, with names like Cortina, Pinto, Escort and Focus for the blue-oval bunch and Omni, Shadow, Neon, SX, Caliber and now Dart for Dodge. Why the history lesson? I’m just wondering how much better domestic brands would have fared in the compact segment if they’d followed Toyota’s lead with just one compact nameplate over 50 years like the now legendary Corolla.

We wouldn’t use “legendary” to describe the Chevette, Pinto or Omni, although the latter model’s GLH was nutty fun for the era, not to mention the Shelby GLH-S version, but is it possible the Big 3 domestics would enjoy the same level of compact loyalty the Corolla benefits from if they’d simply maintained a constant naming strategy? That’s difficult to say, while some of the above needed to change their names in order to escape infamous problems that Toyota’s small car never experienced, but as it is the Corolla, now a household name, sold 48,881 examples in Canada last year and another 339,498 in the US, while the Chevy Cruze had a respectable showing of 34,421 unit sales in Canada and 273,060 in its homeland, the Ford Focus a reasonable 22,392 sold throughout Canada in 2014 and 219,634 south of the 49th, and the Dodge Dart a comparatively measly 7,623 Canadian sales and 83,858 in the USA-ouch! There’s something to be said for name recognition, but then again there’s something else to be said about building a very good car.

I’m not going to knock the Cruze, Focus or Dart, because these are the very best compacts their makers have ever offered and each one offers specific attributes and features that are better than any competitor, and while Toyota was riding on the Corolla’s good name for a bit longer than it probably should have, with a car that was fuel-efficient, solidly built and plenty reliable yet made an AMC Pacer seem exciting (speaking of classic compacts), this latest eleventh-generation iteration is one of the sexiest small sedans in the industry.

OK, sexy might be an overstatement unless done out in sportiest S trim with its reworked front and rear fascias and optional 17-inch alloys, yet even the base CE and upgraded LE that I recently drove look fresh and new despite just beginning the third model year of this redesign. LE and LE Eco trims received a slightly sported up grille last year, and despite any mention made by Toyota Canada’s press release I noted a subtle change from a matte carbon patterned black plastic treatment on the front bumper cap and solid matte black plastic surrounding the fog lamps to the same glossy metallic grey for both areas that surfaces the grille inserts, which is certainly a step up for those of us who dote on details. Everyone else will just enjoy the LE’s overarching sporty appearance that includes a menacing set of headlights, an edgy lower spoiler incorporating those just noted fog lamps, a gorgeous set of optional 16-inch multi-spoke alloys with grey painted pockets, the particularly handsome stock taillights with their sharply angled shapes, and cool carbon fibre-patterned diffuser-style rear bumper cap. Like I said, the Corolla is downright sexy.

It gets even better inside, where a premium-like soft-touch dash top joins an attractive instrument panel done out in the same soft synthetic material, the latter boasting a lighter shade of grey in my tester. The same effect enhanced each door panel, while these light grey panels included a cool blue pinstripe spanning their upper edges, a beautiful brushed aluminum-look inlay above that, and plenty of glossy piano black surfacing to enhance the upscale ambiance. The seat upholstery was a mix of high-quality woven fabric in solid light grey for the bolsters and a textured treatment in the same colour for the inserts, while the floor mats were some of the nicest in the biz, with the same blue highlighting as on the dash, plus stylish Corolla embroidery.

Those who read my rants regularly know I don’t comment on floor mats very often if ever, so you’ve got to realize we’re talking something special here, but such is the Corolla LE. The 6.1-inch touchscreen infotainment system isn’t the highest resolution in the industry, but it’s filled with functionality, its reverse camera especially useful, while the audio system’s sound was superb for the class, with clear and crisp highs plus surprisingly deep resonant bass tones. USB and aux plugs join Bluetooth hands-free phone connectivity, the latter controls found within the infotainment display as well as on the leather-wrapped steering wheel spokes, which also include switchgear for audio and the multifunction trip computer, while a stalk for cruise controls gets attached to the steering column.

The LE’s climate control system is automatic for ease of use, seat heaters two-way and plenty warm, dual cupholders on the centre console large enough for big coffees and really healthy sized bottle holders in the door pockets capable of securing the massive refillable containers I bring along everywhere to satiate my water addiction, while the cloth covered centre armrest was comfortable while concealing a big useful storage bin, plus those seats I mentioned a moment ago were extremely comfortable. Rear seat comfort is good too, while roominess is excellent front to back. The trunk is also spacious for the class with 368 litres (13.0 cubic feet) available, while standard 60/40 split-folding seatbacks allow expansion when required.

The Corolla LE rides like a much larger car than it is, Toyota setting it up primarily for comfort although it takes to the curves quite well too. Power off the line is smooth and linear, this much to do with the excellent CVT that gets a Sport mode for quicker response and gear-holding capability, as well as “B” mode that engine-brakes when needed.

All Corollas leave Toyota’s Cambridge, Ontario factory with a 16-valve, DOHC, 1.8-litre four-cylinder incorporating variable valve timing with intelligence (VVT-i) driving the front wheels, although depending on trim it either produces 132 horsepower and 128 lb-ft of torque or 140 horsepower and 124 lb-ft of torque. The oddity here is that the more powerful version is offered in the greenest LE Eco trim level, not the Corolla’s sportiest S trim that makes do with the same base state of tune that I tested in this LE.

The LE’s base engine and CVT combination offered up the second-best fuel economy of the Corolla’s various tuning and gearbox pairings, its five-cycle EnerGuide rating being 8.2 L/100km in the city, 6.2 on the highway and 7.3 combined. Only the LE Eco is better at a claimed 7.9 L/100km city, 6.1 highway and 7.1 combined, but we’re splitting hairs here.

I keep talking trim levels so it’s probably a good idea that I lay them out and then comment on features. The four trim levels in order of price are CE, LE, S, and LE Eco, although if you load up an S it becomes the priciest overall. For this review I’ll limit comments about the S and the LE Eco to what I’ve already said, and reserve my ramblings to the base CE and mid-grade LE.

My tester included the optional $1,750 Upgrade package too, which adds the 16-inch alloys, fog lamps, leather-wrapped steering wheel, and automatic climate control I mentioned before, as well as a tilt and slide powered glass sunroof, making this very impressive small sedan downright luxurious.

Also worthy of note, the Corolla was the highest ranked small car in the latest 2015 J.D. Power and Associates Vehicle Dependability Study (VQS), while the namesake Toyota brand ranked third out of 33 total auto brands available in North America (Toyota’s Lexus brand was number one). Additionally, the Corolla tied for second amongst small cars in the latest J.D. Power Initial Quality Study (IQS), while the Toyota brand was rated well above average with a top 10 ranking.

While the Corolla is Toyota’s bread and butter car in Canada, it’s certainly not a bland doughy white bread and no-name brand of butter. It’s more like German bauernbrot and freshly churned New Zealand butter, a cut above any previous Corolla and seriously competitive within our most important automotive market segment. With five decades under its very stylish beltline, there’s no wondering why the Corolla name is now legend.
©(Copyright Canadian Auto Press)
Car Shopping Tools