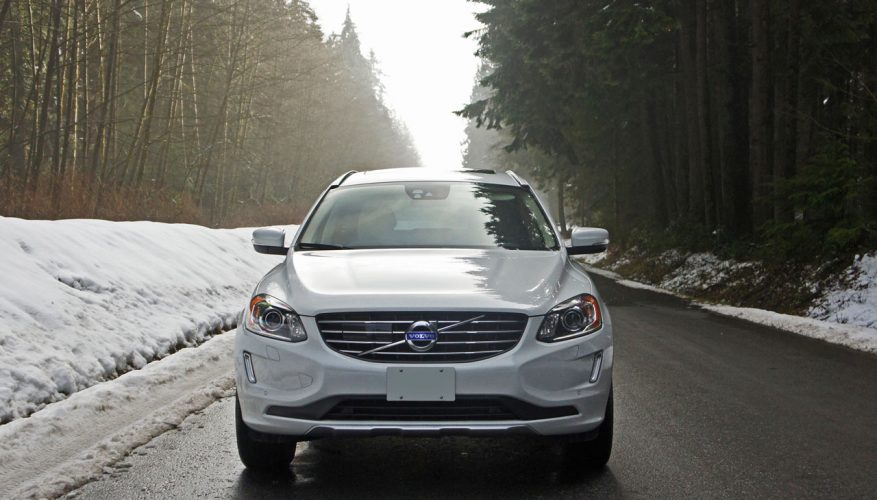 By: Trevor Hofmann
If you want to succeed in life, find a good match, focus on your collective priorities, and by all means don’t allow any differences to derail you from your primary objectives.

After being starved for development funds by Ford’s now defunct Premier Auto Group (“PAG”), China-based Zhejiang Geely Holding Group Co., Ltd (“Geely”) purchased Volvo in 2010 for US$1.8 billion in what was the largest foreign purchase by a Chinese car manufacturer. Call it an arranged marriage, and one that Geely wasn’t fully satisfied with from the onset, at least physically. The public confrontations began immediately when Geely wanted its new Swedish bride to augment its conservative image from grille to derriere with size and styling a la Audi/BMW/Mercedes, a demand that went against Volvo’s longstanding modest personality. It’s the automotive equivalent of Prince William and the rest of the Royals forcing Kate Middleton to look more like Adriana Lima (of course in this case the couple would be Crown Princess Victoria of Sweden and Daniel Westling, but you get the point). Eventually then-CEO Stefan Jacoby left the Goteborg-based company, Hakan Samuelsson the former CEO of German truck maker MAN SE (who not coincidentally was previously lauded for improving the big rig brand’s performance in China) replaced him, and somewhere along the way Li Shufu, chairman of both Geely and Volvo, saw the light and let Volvo be Volvo, albeit with a much larger version of the brand’s familiar iron cross grille fronting its all-new XC90¬ – a fabulous looking SUV that just might put the company back on track.

Infighting is never good for a marriage and at least as destructive for a brand, Volvo’s problems resulting in slower model updates and ever-slumping sales – 2014 XC60 sales numbers are down to post-economic collapse 2010 levels. It’s downright impossible to raise excitement levels to the point of attracting new customers when you’re busier axing key models than updating the handful left in the showroom, the compact C30 given the unceremonious boot along with the C70 hardtop convertible last year, and the compact S40 sedan and V40 wagon before that. Fortunately, there’s now a seemingly happier union between the two manufacturers that’s revealing itself in the numerous updated models within Volvo’s lineup.

Case in point, the revised XC60 I’m reviewing here. Hardly a complete redo, the compact crossover SUV’s 2014 model year update was certainly a significant refresh. It wears a car-like version of Volvo’s much larger new grille up front plus a completely redesigned front fascia incorporating elongated headlights and new LED daytime running lights surrounding it, a new concave hood, new mirrors and wheels, as well as a mildly reworked profile and slightly modified rear end styling, although when I use the terms mildly and slightly I’m not talking about any significant changes to sheetmetal stampings, but rather small subtle details.

Compared to others in the segment that offer a single four-cylinder and an upmarket six, Volvo gives XC60 buyers the choice of three unique powerplants in various states of tune as well as front- or all-wheel drive. To those who checked out the restyled CUV last year this information may come as a surprise, because that car carried over the base 3.2-litre six-cylinder engine of its predecessor. Now for 2015, base T5 Drive E trim gets a 2.0-litre turbocharged four-cylinder capable of a healthy 240 horsepower and 258 lb-ft of torque, the latter number found between 1,500 and 4,800 rpm for very tractable response. What’s more, when overboost is engaged the little engine puts out a six-cylinder’s worth of twist at 280 lb-ft, which should be ample for most peoples’ needs.

Add AWD to the T5 designation and you’ll be treated to a larger 2.5-litre five-cylinder capable of 250 horsepower and 266 lb-ft of torque on overboost, whereas the front-drive T6 Drive E moves displacement and the cylinder count back down to 2.0-litres and four respectively yet horsepower gets bumped up to 302 and torque increased to 295. If you like the idea of more power along with the benefits of four-wheel traction you’ll need to upgrade to the T6 AWD I tested, which uses the same 3.0-litre inline-six as last year’s T6 AWD to make 300 horsepower and 325 lb-ft of torque, whereas the most energetic XC60 is the T6 R-Design that gets a specially tuned version of this last powerplant resulting in 325 horsepower and 354 lb-ft of torque.

Also of note, anytime all-wheel drive is chosen the transmission shifts via a six-speed automatic featuring Volvo’s “Advanced Quick Shift” system instead of a state-of-the-art eight-speed gearbox with auto start/stop and adaptive shift control, which was a bit of an anticlimax in the case of my T6 AWD tester, although both transmissions benefit from Geartronic manual mode with standard paddle shifters, which helped ease my disappointment. It’s not that the six-speed isn’t good at what it needs to do, in fact it’s very smooth and shifts relatively crisply, but the majority of its competitors shift with seven, eight and now even nine-speed autoboxes, so a six-cog unit is a bit passé. It also doesn’t help reduce AWD fuel consumption.

As you can imagine, mixing engine and drivetrain combinations results in varied fuel economy ratings, Transport Canada’s new five-cycle EnerGuide testing process resulting in the base T5 E Drive model achieving 9.8 L/100 km in the city, 7.6 on the highway and 8.8 combined, the T5 AWD getting a 12.6 city, 9.1 highway and 11.0 combined rating, the T6 E Drive using up 10.7 L/100 km city, 7.8 highway and 9.4 combined, and lastly the T6 AWD and R-Design models still reasonably thrifty considering their performance at 13.5 city, 9.9 highway and 11.9 combined. Icing on the cake is the requirement of cheaper 87-octane regular fuel for all models except for the top-line R-Design that requires 91-octane premium.

While Volvo’s engine lineup has changed, its trim levels have remained the same. Base models don’t get any additional designation, while second-rung XC60s go by the Premier nameplate, with Premier Plus and Platinum denoting higher and highest trims respectively when a T5 engine and drivetrain is chosen, whereas T6 models get all of the above trims as well as the option of R-Design upgrades for base, Premier Plus and Platinum trims.

Available options with the T5 include $800 for metallic and pearl finish paints, plus $1,350 for the Climate Package with Booster Seats that adds a heatable steering wheel, heatable windshield and washer nozzles, an interior air quality system, integrated booster seats, and a power Childlock rear door. Alternatively you can get the Climate Package with heated outboard seats for the same price, or the booster seats on their own for $650. Additional options include the $1,000 Blind Spot Information System (BLIS) Package that adds BLIS, Cross Traffic Alert (CTA), Lane Change Merge Aid (LCMA), plus front and rear park assist; the $1,000 Active Dual Xenon Headlights w/Headlights Washers Package that features active dual HID headlamps and headlight washers as the name suggests.

As you can see by the photos my weeklong loaner was no R-Design, the rear badge giving it away as a T6 AWD model, its pricing starting at $49,250 plus freight, but escalating up to $54,150 in as-tested Platinum trim. That’s pretty reasonable for a well-equipped premium compact crossover, and when factoring in its attractive new styling, beautifully detailed interior, excellent performance, impressive safety rating and respectable name in the industry, the Volvo XC60 becomes difficult to beat. You’ll first need to put Volvo back on your shopping list, however, something the Swedish brand is desperately trying to get new buyers to do. And you should. The XC60 deserves your attention, as do other vehicles within Volvo’s lineup, and as long as its new ownership and current management stay focused on maintaining a harmonious relationship they should have a lot more to look forward to than mere happy memories of bygone days.
©(Copyright Canadian Auto Press)
Car Shopping Tools