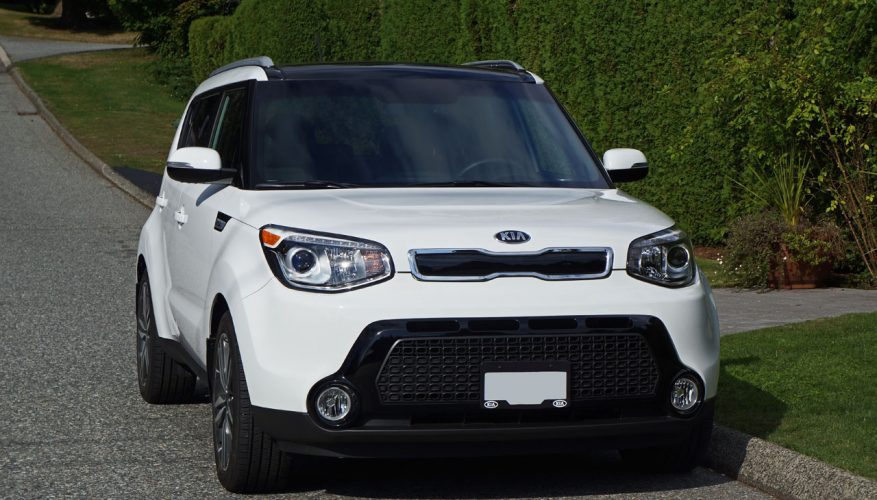 By: Trevor Hofmann
When I first started in the automotive journalism profession 15 years ago, Kia was a brand relegated to fulfilling needs, not wants. Certainly a new car was and still is considered better than a used one, depending on which car that is of course, but in the brand status pecking order Kia only rose above the very bottom because its South Korean rival, Daewoo, already occupied that spot.

How much has changed in 15 years. Daewoo is history in North America, a memory long since absorbed into the massive General Motors’ conglomerate, and Kia, now part of Hyundai Motors Corp., is one of the most aspirational brands in the entire mainstream and even near-luxury sectors. Somewhere between the entry-level Rio and top-line K900 is the Soul, a unique five-door wagon-cum-crossover that truly defies description. When it debuted it wasn’t without a similarly oddball caste of cubist competitors, such as the Honda Element, Nissan Cube and Scion xB, and while not the sole survivor in its class it’s one of just two still available in Canada, and the only of its ilk that could be considered successful.

The result of that popularity is seen in the 2014 Soul, Kia rewarding the model with a fresh, new second generation that rounds out some of the first Soul’s edges, yet somehow makes the car even more unique. The grille is now shaped like others in the Kia family, albeit smaller and narrower, while the headlights are sleeker and the lower front fascia redesigned to incorporate the fog lights within a bolder albeit more bulbous piece of plastic, normally body-colour but coated in a gloss black on SX models. Moving rearward, the engine “vent” is more angular with “SOUL” prominently displayed on an upscale metallic surface, the SX model’s 18-inch machine-finished wheels much more appealing, although the new Soul’s overall profile is almost identical to the outgoing model. The taillights, while still positioned high within the D-pillars, now appear as extensions of the black rear window glass and hatchback trim instead of separate lenses, and just below is a large bumper fascia that integrates a set of rear fogs in similar fashion to the design up front, also finished in gloss black on SX models. All in all it’s a much more interesting looking car than its predecessor, which was already a head-turner within its economy class.

Inside, the Soul’s layout is surprisingly conventional, which is probably one of the reasons buyers so easily accept it. The seating position is good, a little taller than a regular car for great visibility all-round, while the primary instruments are clear and easy to read, no matter the lighting conditions. You should be able to find a comfortable driving position no matter your body type, and tall occupants will be thankful for the car’s ample headroom front and back. Rear legroom should be sufficient for most too, while general comfort is good all-round.

A single styling detail sets the Soul’s interior design apart from other Kias and most anything else on the market, particularly its circular motif. Playing off of the inherent design dominance of any car’s steering wheel, cupholders and most cars’ primary dials and centre stack rotating knobs, the Soul adds a set of circular button clusters to the steering wheel spokes, oval trim around the gear shift surround, big round door panel inserts, and round speaker grilles on each of those door panels, another set of circular speakers perched atop the vents at each corner of the dash, and yet another one at the centre of the dash-top. It’s a subtle theme that brings a visual cohesiveness to the car’s cabin, followed up by good quality, if not soft-touch interior surfaces atop the dash and door uppers, albeit a nice padded and stitched leatherette hood over the primary instruments, padded leatherette door inserts and armrests, and great looking leather surfaced seats.

What’s notable is that most of these amenities aren’t exclusive to the top-line $26,995 SX Luxury trim level I tested (plus $1,665 for freight and pre-delivery prep), but rather part of SX trim as well. The SX Luxury only includes items I have yet to list, such as a powered driver’s seat with powered lumbar support, air-cooled front seats, heated rear seats, a navigation system, a great Infinity sound system, a multimedia interface, a massive panoramic sunroof overhead, LED map and cargo lights, a cargo cover, and HID headlamps with uniquely designed LED positioning lights.

The longest list of all includes everything that comes standard with the base LX, but for reasons of time and space I’ll only include those items brought forward into SX Luxury trim and then reduce it further by removing most of the usual features available in a car beginning life at $16,995 plus freight. These standard features include a multi-function tilt and telescoping steering wheel with audio controls that connect through to a six-speaker AM/FM/MP3/satellite stereo system with aux and USB inputs, Bluetooth hands-free phone connectivity, a centre console armrest with storage, auto up/down front windows, powered and heated side mirrors, a height-adjustable driver’s seat, one of the nicest padded sunglass holders I’ve ever seen, a rear centre armrest with integrated cupholders, a 12-volt power outlet in the luggage compartment, fog lights, a windshield wiper de-icer, hill assist control, four-wheel disc brakes with ABS and emergency brake assist, electronic traction and stability control, vehicle stability management, and the usual count of six airbags. That’s a lot of content for a car in the Soul’s price class, its strong value proposition likely one of the factors that helped the car garner the Automobile Journalists Association of Canada (AJAC) Best New Family Car under $30,000 for 2014.

One of the most impressive features that comes standard on all Soul trims is its FlexSteer electric power steering system, which allows you to adjust steering effort between Comfort, Normal and Sport modes simply by pressing a button on a set of secondary switches just below the right-side steering wheel spoke. Left in its firmest Sport position the Soul provides decent feel and impressive handling for the class, thanks in part to my SX tester’s 235/45R18 Kumho Solus rubber as well as a stiffer, stronger body structure than the previous Soul, while the larger displacement 2.0-litre direct-injection four-cylinder’s 164 horsepower and 151 lb-ft of torque made for a lot more get up and go. This engine is standard on EX models, replacing the base 1.6-litre that also features direct-injection and dual-cam variable valve timing (D-CVVT), but not as energetic at just 130 horsepower and 118 lb-ft of torque.

The unfortunate reality is that the Soul’s six-speed manual gearbox is only available with this most basic engine, all trims using the 2.0-litre four combined with a very good albeit somewhat less sporting six-speed automatic gearbox. At least the automatic comes standard with Kia’s Sportmatic manual mode, allowing a bit more engagement, but those of us who really like to drive would appreciate the availability of a manual gearbox with this top-line engine.

Oddly enough the larger engine gets a better highway rating when looking at the new 2015 numbers, with an estimated 7.7 L/100km compared to the 1.6-litre engine’s 7.8 highway rating when employing either manual or automatic transmission. Likewise, when the ECO button is switched on the larger engine can achieve a theoretical 9.7 L/100km in the city compared to 9.8 for the 1.6-litre mill with the automatic and 9.9 with the manual. Without ECO mode the 2.0-litre is rated at 10.1 in the city. This 2.0-litre engine’s two-cycle 2014 rating is a claimed 8.8 L/100km city and 6.5 highway, but good luck trying to achieve these numbers. Either way I realized excellent fuel economy in my tester, only needing $25 after a week’s driving, and that was when fuel was selling at more than a buck thirty per litre.

The new Soul, a bit longer and wider than its predecessor, can haul a lot of gear behind its 60/40 split-folding rear seatbacks at 532 litres, but flip those seats down and there’s 1,402 litres available, while still more stowage space can be found under the cargo floor in a hidden compartment.

Yes, with the new updated Kia Soul there’s a lot to love no matter the trim level, but the premium-like SX Luxury model I tested will leave you feeling amourous long after the honeymoon is over. A very good car for great value, no wonder the Soul has outperformed its competitors.
©(Copyright Canadian Auto Press)
Car Shopping Tools