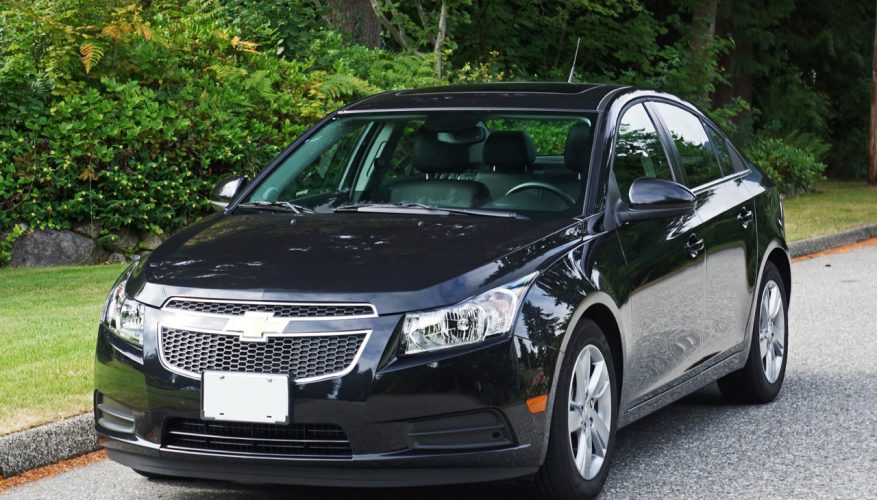 By: Trevor Hofmann
The Chevrolet Cruze is a true global car. Drive around Metro Manila, Philippines like I spent a month doing recently and you’ll see for yourself, although the majority of examples there run on diesel fuel. The highly efficient model is dubbed Cruze CRDi in the island nation, and in case you haven’t already heard is also available here as the Cruze Clean Turbo Diesel or 2.0TD.

I spent a week test driving the new 2.0TD and found it as impressive as all the other Cruze models I’d previously driven, with the added bonus of much better acceleration and, of course, much improved fuel economy, the real reason people pay a little more for diesel power. The engine, a 2.0-litre four-cylinder, makes 151 horsepower and 264 lb-ft of torque (280 with overboost), and being that torque is what primarily gets a car moving the 2.0TD will likely put a smile on your face. It’s mated up to a smooth-shifting and efficient six-speed automatic, which is about as good as it gets in the compact class, all coming together to achieve very strong fuel economy numbers, the 2.0TD rated at 7.5 L/100km in the city and a staggering 4.2 on the highway.

The latter is where any diesel truly shines and where hybrids are weakest, at least when it comes to fuel economy, so if you spend a lot of time at high speed you’d likely be better served by a Cruze 2.0TD than something electrified. During my test week my real-world results weren’t quite as good as the 2014 EnerGuide numbers I just quoted, my tester nevertheless achieving a commendable 7.0 L/100km combined average, which is about what the U.S. EPA estimates. My results were better than any other Cruze model I’ve ever tested too, including the miserly Eco trim level that incidentally uses a lot of the same fancy technology to achieve its impressive numbers, but more on that in a minute.

The turbo-diesel powerplant is the only change for 2014, by the way, the Cruze having already been extensively updated last year. Unlike a 2LT-trimmed example with the sporty RS package I tested previously, the diesel-powered Cruze is devoid of soft-touch plastics other than the armrests, although woven cloth dash and door inserts are very nice. Additionally, the 2.0TD’s standalone trim level gets leather upholstery, which was a better quality than most offer in this class, while the standard leather-wrapped steering wheel felt good in the hands with comfortable contoured indentations (spats) for thumbs and a substantive meaty feel overall. A Euro-style woven roofliner melded ideally into the optional sunroof, although the vanity mirror cover on the passenger-side fell off while I was driving, not exactly inspiring confidence in the car’s overall build quality.

The chrome-rimmed multi-colour primary gauges are very attractive and highly legible in all lighting conditions, and the bright, large full-colour infotainment display on the centre stack works intuitively, with a large control pad of nice, big, well-damped buttons just below allowing complete access even while wearing winter gloves. It featured a reverse camera system, navigation as well as an excellent Pioneer audio system, the latter featuring satellite radio with reception that was unfortunately so spotty I finally gave up and went back to FM.

A high-end switchblade-style key fob fits in the usual steering column slot, turning over an engine that’s a bit noisier than Volkswagen’s TDI at idle, but smooth enough running to provide a fairly refined driving experience around town. Power off the line is brilliant fun, and highway cruising is absolutely effortless with the revs kept nice and low for maximum economy.

That’s where the Cruze feels most comfortable; the car’s wonderfully compliant ride ideal at high speeds thanks to a long 2,686-millimetre (105.7-inch) wheelbase and nicely controlled independent suspension. The Cruze utilizes MacPherson struts up front and a unique compound crank setup with a Watts Z-link in the rear. The Watts system is lightweight, comfortable and agile, plus it is quite compact, benefiting trunk space that is normally generous at 425 litres (15.0 cubic feet), although has been reduced to only 377 litres (13.3 cubic feet) in the 2.0TD to make way for the diesel engine’s urea system. Chevy says the Watts setup improves handling by more fully supporting lateral forces, and it certainly feels stable when throwing it through corners and comfortable while driving over uneven pavement.

Like the trunk there’s plenty of room in the Cruze’s cabin too, with good rear seat space even with 40-percent of the 60/40 split seatbacks folded down. The rear seats are comfortable and there’s ample head, shoulder, hip and legroom for most body types, so your passengers can stretch out and enjoy the ride.

Other than the powertrain, features that are unique to the 2.0TD include four-wheel disc brakes, a nice set of 17-inch aluminum wheels on 215/55R17 all-season low-rolling-resistance tires, the same aero package the Eco model gets which includes a special lower front grille with air shutters, air dam, underbody aero panels and a rear spoiler, a remote starter and a tire repair kit replacing the compact spare tire. Items not already mentioned that are pulled up from lesser gasoline-powered Cruze trims include a tilt and telescopic multi-function steering wheel with Bluetooth, cruise and audio controls, a driver information centre, heated powered mirrors, powered locks with remote keyless entry, powered windows with express-down all-round and driver’s express-up, air conditioning with air filtration, a leather-wrapped shifter, a six-way powered driver seat, heated front seats, Bluetooth audio streaming, six-speaker AM/FM/CD/MP3 audio with an auxiliary input and USB port, OnStar telematics, a theft-deterrent system, ABS-enhanced brakes, traction and stability control, and a full suite of airbags including front knee blockers and rear outboard seat bags. If you’re not impressed yet you should be.

My tester had yet more, adding a $180 Convenience Package with illuminated vanity mirrors and an auto-dimming rearview mirror, an $885 Enhanced Safety Package with rear parking assist, rear cross traffic alert, and side blind zone alert, an $1,100 Sun & Sound Package featuring a powered glass sunroof and 250-watt nine-speaker Pioneer audio system, a $795 update to the MyLink infotainment system adding navigation, and finally a $195 coat of Black Granite metallic paint, the tally of options adding $3,155 to the Cruze 2.0TD’s base price of $25,045 plus $1,600, resulting in an as-tested price of $28,200.

For such a good car incorporating clean diesel power the Cruze 2.0TD offers great value, especially when put up against its chief competitor, Volkswagen’s Jetta TDI, and as mentioned the Cruze is a true global player that easily measures up to the Mexican-made Jetta, and then some.

The next time you’re driving around, take notice of all the Chevy Cruzes you see driving by and realize that it’s popular for good reason. The new clean diesel simply makes it more fun to drive and better on fuel, not a bad combination.
©(Copyright Canadian Auto Press)
Car Shopping Tools