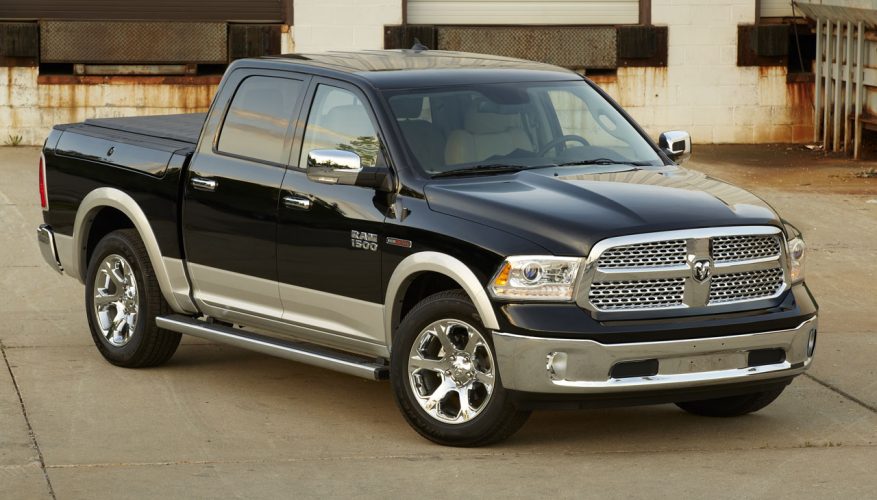 By: Alan Sidorov
One summer, when I was around ten years old, my uncle decided to drive us from the Croatian coast to the Alps of Slovenia. A wonderful vacation, though I still remember gagging on diesel fumes as we followed a string of heavily laden trucks along a mountain pass. We couldn’t have imagined that in just a few decades, Dr. Diesel’s engine would reach today’s level of civility.

Dr. Rudolph Diesel either fell, was pushed, or jumped from the deck of a cross-Channel ferry while on his way to England. That was September 29, 1913, some time before his patented engine design became successful. The motor mounted in the Ram 1500 Diesel would have surely done the good doctor proud, it is a gem of a powerplant, ideally suited to light and medium duty trucks. The basic design has been proven over the years in European utility vehicles. In current form it produces 420 lb-ft of torque, the pulling power you need for both work and play. Measured fuel economy during my test, which included some serious dirt roads in BC’s Coast Mountains, came out to 11L/100K, or around 27 mpg. In combination with the Ram’s eight-speed automatic it is, to my mind, the best drivetrain combination amongst the current crop of half-ton trucks.

I don’t think Chrysler, and Ram, have done a good enough job of explaining the merits of the Ram 1500’s coil spring rear suspension, however. That setup allows for more precise movement of the rear axle compared to traditional leaf springs. Add on the optional adjustable air suspension and you have settings for highway driving as well as moderate off-road stuff, plus the ability to lower the vehicle for more graceful entry and exit.

I am Chief Instructor for the BC Forest Safety Council’s Resource Road Driving course, and as such spend an awful lot of time in pickup trucks. They range from scarred and battered older units to the latest of the new models. All have a couple of inherent strengths, load-carrying and towing ability, as well as one inherent weakness, a basic design that predates the Second World War and is a dynamic nightmare. While no pickup on the market can match the handling, agility, braking and road holding of a good car, it is a testament to the engineers that these trucks drive as well as they do. Once again, in a close battle, the Ram gets my vote for overall road manners. The 1500 is also less prone to skipping around on gravel washboard than those models using traditional rear leaf springs.

The interior is another winner, and for this you probably have to thank the European influence from Fiat. Dodge trucks used to be an ergonomic mess inside, and the seats made longer trips uncomfortable. Not so with the latest version. Seating is very good, as is visibility. Most instruments and switches are clear and easy to use. One exception is the little white light indicating gear selection, which is too low and too small.

As far as styling is concerned, the Ram looks the part, though for off-road use a lower hood would improve visibility. I didn’t care for all the chrome on the Laramie, your tastes may differ.

The RamBox cargo containment system is clever, though my tester, loaded with options and an over $70,000 price tag, also came with the shortest bed, just 5 feet 7 inches. My preferred version would be the Outdoorsman 4×4, with Quad Cab and a 6-foot-4 bed. Add in bucket seats, air suspension, RamBox, and towing package, and the price settles around $45,000. Good value for an excellent truck.
©(Copyright Canadian Auto Press)
Car Shopping Tools