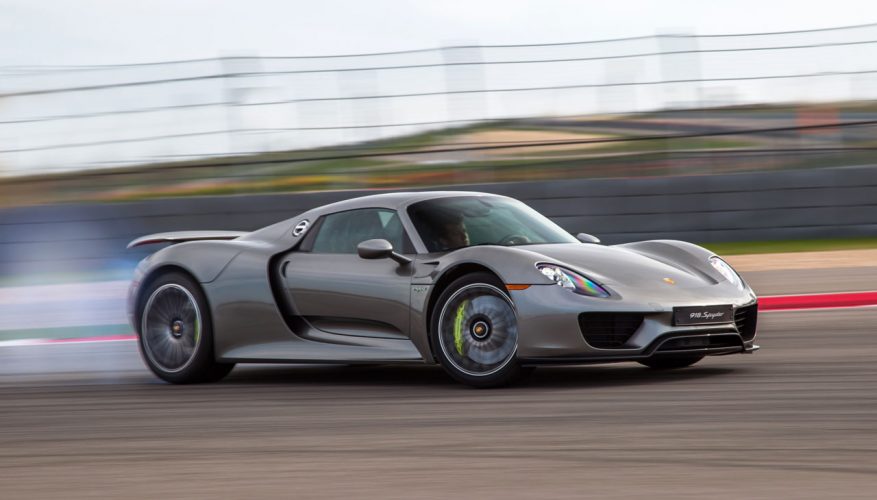 By: Trevor Hofmann
Think of Porsche and most will inevitably envision the iconic 911 sports coupe, although it should be noted that the German premium performance brand builds six other models as well, not to mention many different body styles of some plus numerous trim levels of each.

More recently Porsche has become something of an alternative fuels purveyor too, with turbo-diesels in the mix as well as a number of hybrid electrics, the latter boasting plug-in capability for two of its 2014 models and now a third for this upcoming model year, the 2015 Cayenne S E-Hybrid.

Consider for a moment that this new addition makes Porsche the only manufacturer in the world to offer three unique plug-in models, plus the only automaker (so far) offering one in the premium sport utility segment. Currently the brand’s flagship 918 Spyder “ultracar” waves the plug-in hybrid banner very proudly, whereas the Panamera S E-Hybrid offers plug-in technology at a slightly more approachable price point ($837,232 CAD more affordable, as per the CAD/USD exchange rate at the time of writing). The new 2015 Cayenne S E-Hybrid, with a base price of $86,800, is $23,200 more affordable than the Panamera S E-Hybrid, making it the lowest priced plug-in hybrid in Porsche’s fleet.

While not a full electric-only vehicle (EV) such as Tesla’s upcoming Model X, the Cayenne S E-Hybrid (PHEV) offers the benefits of full electric operation for an extended range over the company’s more conventional and now canceled Cayenne S Hybrid, plus the go-anywhere convenience of gasoline power. The exact EV range has yet to be certified, as have its fuel economy estimates, but we can surmise from the Panamera S E-Hybrid that uses the same mechanicals, something nearing 5.1 Le/100km will be achievable in combined city/highway electric/gasoline usage.

The happy ending to this fabulous fuel-efficiency story is a powertrain that makes a very enthusiastic 416 horsepower, 95 of which comes from the electric motor alone, resulting in a claimed 0 to 100-km/h sprint of 5.9 seconds (the company’s U.S. retail site claims 0 to 60 in just 5.4 seconds, so the Canadian site may be especially conservative with the new model’s performance). The gasoline engine is Porsche’s 3.0-litre V6 tuned to 333 horsepower all on its own, which mates up to an eight-speed automatic transmission.

The Cayenne is only available in four trim levels for 2015, starting with the $71,300 Cayenne Diesel and topped off by the $128,200 Cayenne Turbo. The Cayenne S E-Hybrid slots in just above the $83,700 needed for the regular Cayenne S at the above-mentioned $86,800 (all numbers excluding Porsche’s very low $1,115 freight and pre-delivery prep charge).

The new plug-in will make its official debut at the Mondial de l’Automobile in Paris on October 2, before arriving in showrooms for the first week of November.
©(Copyright Canadian Auto Press)
Car Shopping Tools