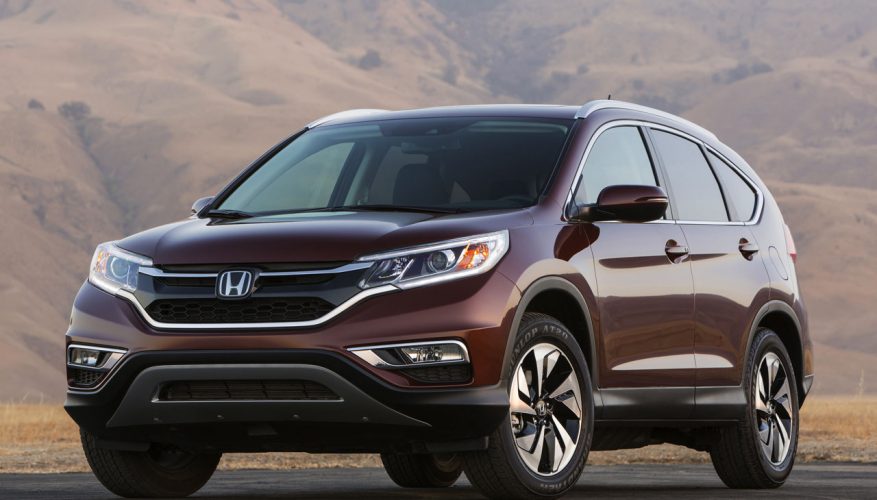 By: Trevor Hofmann
It’s one thing to have little to lose as you try to climb your way up the ladder of success, but it’s an altogether different kind of problem to maintain number one status year over year. Of course, the sales leadership title Honda Canada enjoys with its best-selling CR-V compact crossover is exactly the type of problem every rival brand would welcome, and the Japanese automaker isn’t about to let any of them catch up easily. Therefore, in order keep the little SUV on top, a 2015 model year mid-cycle update promises “significant enhancements.”

What we can see by the lone photo Honda supplied with its miniscule press release is a “new aggressive and bold appearance with unique Honda style,” or so says about half of that bulletin. Honda completely redesigned the CR-V for the 2012 model year, so the timing is right for revisions. It’s easy to see its bolder presence via the image Honda released, especially its more rugged looking grille design, reworked headlights and more aggressive front bumper. Mirrors and wheels aside the SUV’s flanks look much the same, although from the tiny bit of taillight visible it appears new lenses have been added.

Everything that Honda has in store for the CR-V’s backside and cabin won’t be known until the brand reveals the entire CUV on September 30, just ahead of the new model going on sale for October 1.
©(Copyright Canadian Auto Press)
Car Shopping Tools