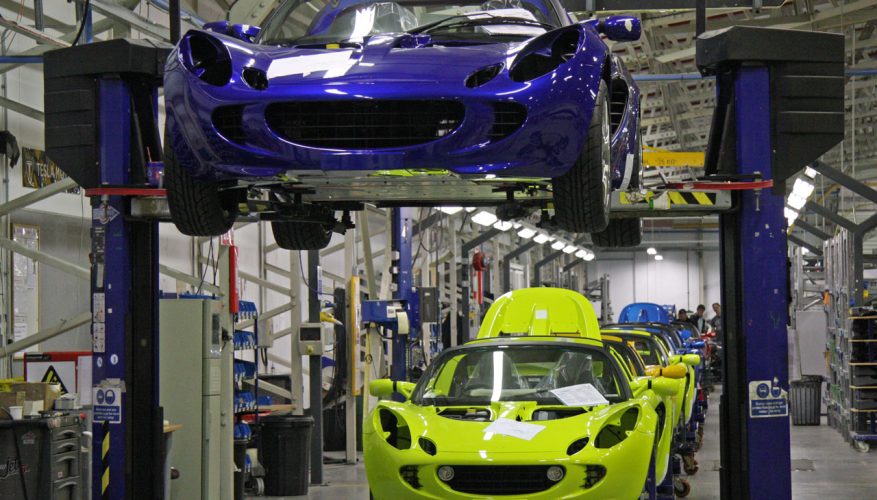 By: Trevor Hofmann
If you want one of the lightest, leanest, most enjoyable sports cars money can buy, those in the know realize few cars can compete with a modern-day Lotus on the street or track, or a classic one for that matter. That reality, combined with strong sales in the luxury and performance car sector should result in good news for the Hethel, Norfolk-based brand, but as it turns out the British sports car maker is about to lay off “up to 325” workers as part of a restructuring.

While 325 workers might not seem like a lot when compared to the thousands of layoffs other automakers have announced in recent years, factor in that 325 is more than a quarter of Lotus’ 1,215 employees.

“We have worked very hard to avoid the need to make the proposal, but do believe that it is now essential,” said CEO Jean-Marc Gales in a statement. “It is in no way a reflection on our employees who have shown nothing but dedication to us and have worked tirelessly to support Lotus.”

It should be noted that 325 is not a hard number, with negotiations still needed, redeployment opportunities available for some, and even hiring required for key roles, but the news is hard to spin in a positive way just the same.

“Once the reshaping has been undertaken, and with its strong and experienced management team, Lotus should be a leaner, more competitive organization, focusing on both producing class-leading sports cars and innovative engineering,” added Gales. “We will also build upon the improved sales results seen over the last few months.”

While Lotus’ lineup appears better than ever, its Elise, Exige and Evora models have been around a long time and therefore are in dire need of replacements, plus with so many competitors now available, even amongst mainstream players such as Scion (Toyota) and Subaru, pulling current Lotus owners back to the brand merely for updated versions of the same car is a difficult task.

Lotus fans will be keeping their fingers crossed that Gales and his executive team will be able to increase sales of the current lineup while getting new products to market quickly so that it doesn’t have to cut further into its talented workforce.
©(Copyright Canadian Auto Press)
Car Shopping Tools