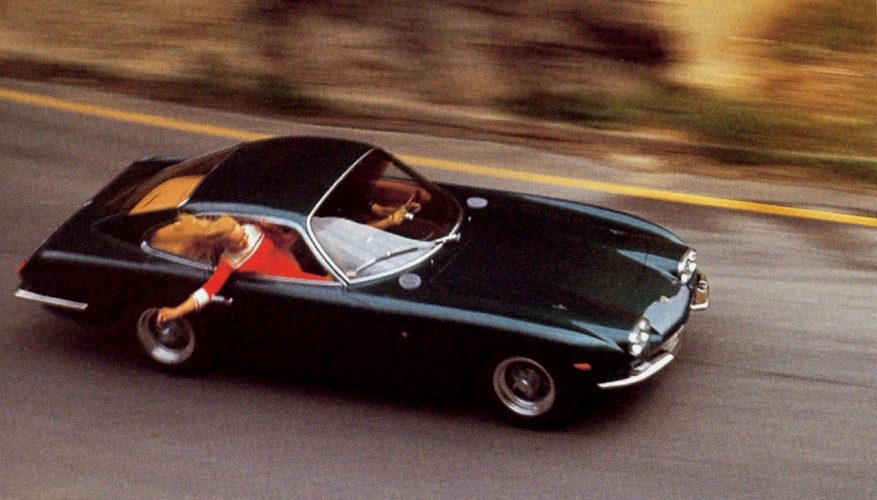 By: Trevor Hofmann
With the new Urus four-seat crossover SUV soon to augment Lamborghini’s lineup beyond two-seat sports cars, and the beautiful Estoque concept introduced way back in 2008 having caused all to question when Lamborghini would bring out a four-door coupe of its own, it was only a matter of time before we received yet more news of the Italian brand’s plans for an upcoming four-place car. That news may be in the form of a cryptic caption that Lamborghini released along with a teaser image of a new concept coming to the Paris Motor Show next month.

"Once perfection is achieved, you can just double it," stated Lamborghini, most likely referring to doubling the seating capacity of one of its already “perfect” sports cars. What we don’t know yet is whether or not this announcement refers to an update of the Estoque in concept or production trim, or if the brand will show something altogether different utilizing two doors at the upcoming Mondial de l’Automobile in Paris next month. Anything without four seats, however, wouldn’t make much sense.

After all, Lamborghini isn’t currently taking enough advantage of its Volkswagen group parentage, let alone its rich history of four-seat supercar production. When the Urus arrives in 2017 it will utilize its familial resources by being based on a modified version of Volkswagen’s MLB platform architecture, which will also be shared with the next-generation VW Touareg, Audi Q7 and Porsche Cayenne. The next logical step for Lamborghini is a four-seat sports model based on the next-generation Porsche Panamera.

Having a four-place sports model in its line-up would hardly be new for the Sant’Agata Bolognese-based carmaker. Its third iteration of Lamborghini’s first model, the 400 GT 2+2 came standard with four seats, while the four-seat Islero followed shortly thereafter. The much more successful Espada, remotely derived from the four-seat Marzal concept, came later, again followed by the Jarama, which came just before the P250 Urraco. Interestingly, in 1972 Lamborghini produced four different models, three of which were four-seaters (or 2+2s), including the P250 Urraco, the 400 GT Jarama, the 400 GT Espada. Later, in the 1980s, the Cheetah-derived LM002 arrived on the scene, a four-seat off-roader that became the spiritual inspiration behind the new Urus. Since the LM002 ended production in 1993, Lamborghini has only made two-seat sports cars, but it’s easy to see that they’ve had an ongoing affair with four-seaters since the inception of this tractor producer’s road car era.

So what is this new concept? Could it be a modern-day Espada? The white-on-black line drawing offered up to tease Lamborghini faithful tells us little, although the car’s profile doesn’t appear to be another take on the four-door coupe concept. While the Estoque or some other four-door coupe may indeed be in the cards, a two-door, four-seat sports car makes a lot of sense considering the brand’s history, and also considering Lamborghini’s parentage and brotherhood with Porsche, as there certainly is an available platform to build it on.

Fortunately the wait until the Paris Motor Show won’t be long, and therefore we will all be eyeing photos and discussing the new vehicle’s details soon.
©(Copyright Canadian Auto Press)
Car Shopping Tools